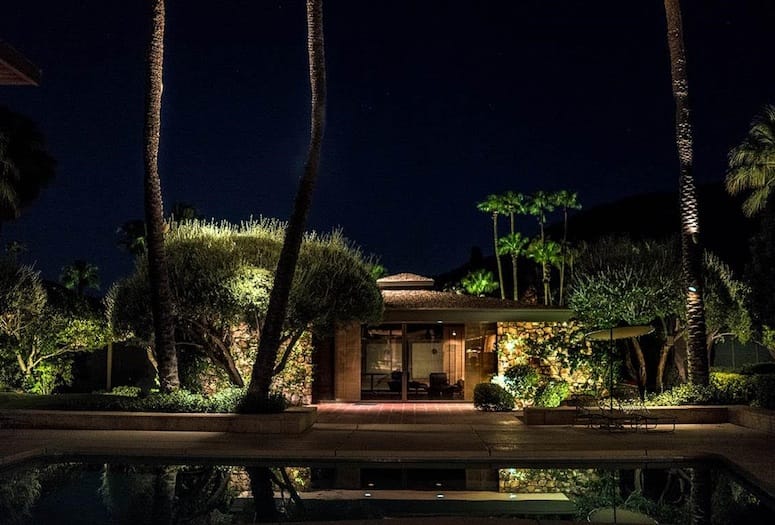 Joel Douglas remembers the gate behind his parents’ home in the Old Las Palmas neighborhood of Palm Springs. It connected to the home of Dinah Shore.

“It was a terrific place to live; we had so many friends who were neighbors — Dean Martin, Sidney Sheldon lived next door, and Dinah Shore’s house was behind us,” Douglas says. “We had tennis parties every Sunday.”

Douglas is the son of actor Kirk Douglas, who will turn 101 in December, and the younger brother of actor Michael Douglas — the two were both offspring of Kirk’s first marriage to Diana Dill. Together with their half-brothers, Peter and Eric, from Kirk’s second longtime marriage, to Anne Douglas, the family often spent summers in Palm Springs.

“Mike and I would come out on vacations from about age 12 or so. The home has quite a history to it,” Joel recalls. “Every guest you can imagine visited. When Henry Kissinger was up there for a week, we had to install special phones with 10 lines. They’re still there.”

Designed by Donald Wexler and built by Robert Higgins in 1954, the 4,000 square-foot home was originally built for Bob Howard, whose father owned the legendary thoroughbred racehorse, Seabiscuit. Howard kept it for a short time before selling the property to the Douglases in 1957. Kirk Douglas sold the home in 1999.

The Palm Springs Preservation Foundation will host a tour of the spectacular Kirk Douglas Residence during Modernism Week Fall Preview, which runs Oct. 19 through 22. The tour will be held from 1 to 4 p.m., Oct. 21. 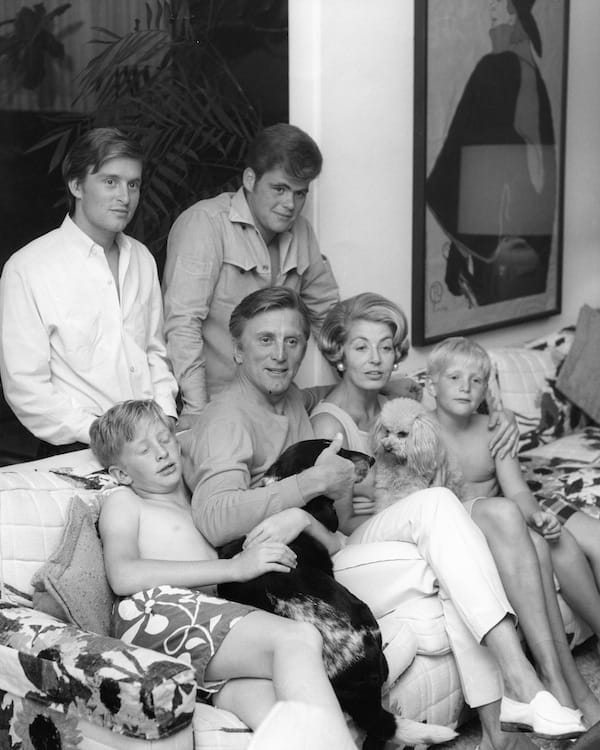 Joel, who owned a home in the same neighborhood until a few years ago, remembers Palm Springs as a close-knit community. “It was really a village then,” he recalls. “It was a wonderful place and my father was so much a part of their community. He was the grand marshall of Desert Circus one year and Mike and I were deputies.”

Desert Circus was one of the valley’s first festivals — a week of community fundraising and festivities, established in 1934 and popular through the ’80s. 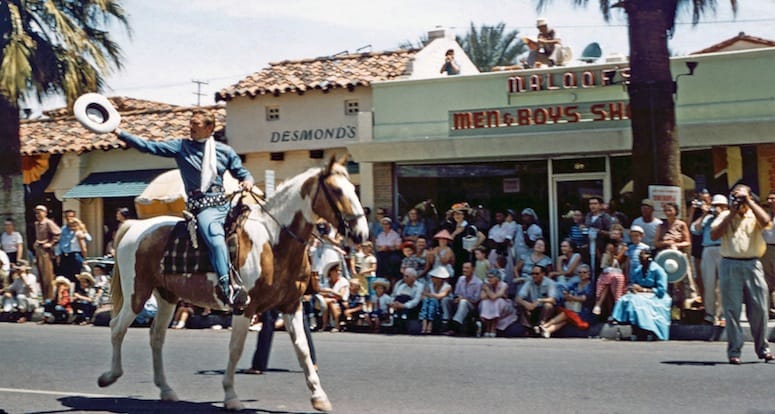 The current owners of the former Douglas estate, Michael Budman and Diane Bald from Toronto, bought the house in April 2016 and have given it a “sensitive renovation” during which some of the original architectural features have been restored.

Modernism guests will have an opportunity to tour the property, not to mention the tennis pavilion where Kirk Douglas papered the walls with colorful (now vintage) movie posters from his long and distinguished career in which he received three Oscar nominations (Champion, The Bad and the Beautiful, and Lust for Life), an honorary Oscar for Lifetime Achievement, and the Presidential Medal of Freedom. 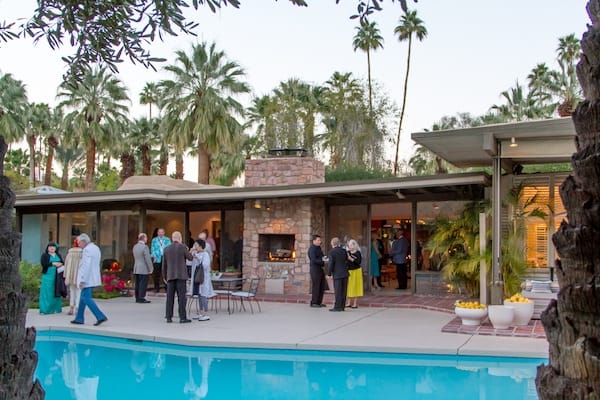 A more recent photo showing the home with its swimming pool and fire pit. 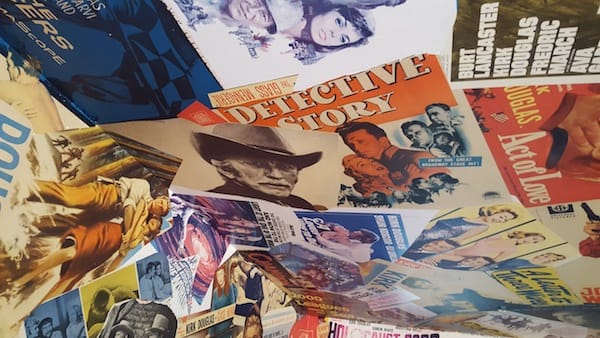 Kirk Douglas papered one of the walls on his home with the posters from his movie career.

In addition to this rare peek inside a Wexler-designed celebrity home, each guest will receive a copy of Palm Springs Preservation Foundation’s 60-page tribute journal, Donald Wexler: Architect.