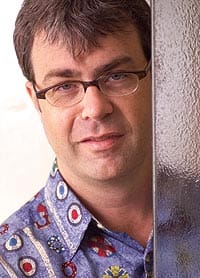 It opens thousands of kids’ eyes to art and produces the La Quinta Arts Festival, a weekend-long affair that gives emerging and established artists a bright exhibition venue to show and sell their work. Since its 1982 inception, the La Quinta Arts Foundation has raised the cultural profile of its namesake city, as well as the surrounding cities throughout the Coachella Valley, and has become a champion of art education in the area’s schools.

“No group in the Coachella Valley does more to educate the public in the visual arts than La Quinta Arts Foundation,” says Christi Salamone, the organization’s executive director. “Through memberships, grants, and proceeds from art events, the foundation funds art education programs that fill the void created by the cuts in state funds allocated to arts education in the public schools.”

The 23-year-old La Quinta Arts Festival has become the city’s marquee annual event and has earned revenues in excess of $22 million. The artists claim up to half of the receipts, and the foundation pumps much of the balance into art education at local schools and promotion of its other public art events.

“Arts education is critical in a child’s cognitive development,” says foundation Chairman Haddon Libby. “As most of the children benefiting from the La Quinta Arts Foundation are from low-income families, our role is core in helping them to develop a creative means of expression, as well as building self-esteem.”

The foundation’s core art education programs are Making Friends with Great Works of Art and after-school and summer art classes. The former targets more than 2,500 fourth- and fifth-graders at 15 elementary schools with lessons in art history, criticism, and practice. It earned the California Teachers Association’s Gold Award for its contribution to quality education. The after-school and summer art programs engage children four hours a day, four days a week at the La Quinta, Indio, and Coachella Boys & Girls Clubs.

Since 1984, the foundation’s Visual Arts Scholarship has awarded nearly $700,000 to local students at the university level. This year, 41 new and returning scholarship recipients accepted a combined $54,150 toward their studies at such notable colleges as UCLA, Otis College of Art and Design, USC, and California Art Institute, as well as College of the Desert.

A small group of civic leaders were sitting in a hot tub some 24 years ago, the story goes, and they fantasized about creating an image for the newly formed city — a “cultural and artistic center of the Coachella Valley, providing the community with the cultural and artistic offerings that are vital to a functioning society,” as La Quinta’s first mayor, Fred Wolff, reportedly said.

The volunteer-driven, nonprofit foundation was formed that same year. Today, Libby says, it employs only five people on staff but touches the lives of tens of thousands of children annually.

“We do everything possible to ensure that a dollar raised is a dollar used toward the delivery of services and not nonproductive administration,” he intones.

The festival in March is integral to the foundation’s success. It has come a long way since its inaugural public art event in 1983, when it showcased works by 50 artists, including Red Skelton, to an audience of 1,476 people at Desert Club Resort.

The next event (March 16-19, 2006) will feature 250 artists on the grounds of the La Quinta Civic Center. With the city onboard as a premier sponsor for the next several years, the festival enjoys a venue rich with meandering paths along lush, rolling green spans and stunning water features.

“A number of artists rely on the festival, as well as the foundation, for the income necessary to devote themselves in full toward the arts,” Libby says. “The artists earn income via the festival, Art Under the Umbrella shows, and educational sessions with students.

“There are numerous other art festivals in the desert,” Libby notes. “But no others are juried art exhibits such as ours, and none that I am aware of dedicates all of the proceeds not paid to the artists to arts education.”

During his tenure, Libby hopes to collaborate, pool resources, and create economies of scale with organizations such as Desert Academy of the Arts Foundation, which funds after-school classes in the visual and performing arts but without the sales revenues of a major arts festival.

“Our future is the brightest that it has been in a long, long time,” Libby says. “We are now focused solely on arts education. Going forward, I believe that you will see us partner up with other art education nonprofits in the Coachella Valley, as collaboration is critical to the future success of all nonprofits.”