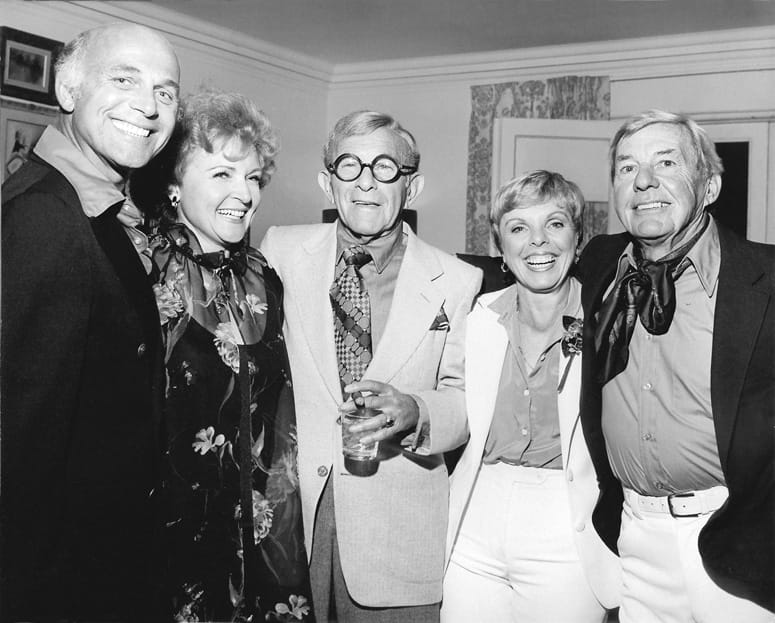 Born Allan George See (he changed his name in his early 20s), the actor-turned-author, now 82, sits at his “usual” table at Palms Café, fiddling through a row of tea packets. “They’re all herbal!” he says. Shrugging off the disappointment of no Earl Grey, he settles for Enchanting Raspberry, concluding, “Well, I guess I’ll have an enchanting day.”

MacLeod seems to look at everything this way, through raspberry-colored lenses. As he recounts his life experiences — losing his father as a young boy, the tribulations of fame and marital life — he always finds the proverbial silver lining.

Sporting a Hawaiian-print shirt and bronzed skin, MacLeod looks like many residents of Rancho Mirage. But peer closely, and beneath the passage of time you can see the glistening blue eyes and cheerful smile of Murray Slaughter (Mary Tyler Moore) or Cpt. Merrill Stubing (The Love Boat). An actor since Kindergarten, he’ll tell you (“I was the lead in the Mother’s Day play … when I heard that first applause, I knew I wanted more of that!”), it was these TV roles that made MacLeod a household name. But it almost never happened.

“It was my first day shooting a new sitcom with Hal March called The $64,000 Question … I thought it was gonna be a hit,” MacLeod says. “I bought a new sweater from Bullocks, rented a car, the whole bit. When we broke for lunch — I was having cherry Jell-O because I was on a diet — someone came over and said ‘The casting director wants to see you … why don’t you bring your sweater … and your script.’ As I was walking to his office, I suddenly realized — I’m a little slow that way — ‘Oh, they’re letting me go.’ Well they did.  They never even gave me a chance. I cried all the way to the car, cried all the way to the agent. I thought acting was the only thing I could do. I thought about giving up, just going back to New York.”

Later that afternoon, MacLeod’s agent called. He was asked to audition for a lead in the private-eye series, Peter Gunn. “It changed my life,” MacLeod says.

The actor, who cut his teeth on the theater stage before going on to play an array of TV and movie characters, recounts this story among many others in his new book, This is Your Captain Speaking: My Fantastic Voyage Through Hollywood, Faith & Love (W Publishing Group, 2013).

More recently, MacLeod is known for being the spokesman for Princess Cruises and for his spiritual radio show, the latter a result of a revelation he had through trials of marriage.

At the pinnacle of his career, MacLeod says he was so immersed in work that he had little time for his wife, Patti. Ultimately, he decided to divorce. “It was a very selfish thing to do,” he says, tears rolling off his cheeks. “We were divorced three years. Then, one day, I felt I needed to call her. I didn’t know why. I just had to talk to her … had to see her.” It turns out, Patti had been praying to get her husband back — the force the pair believes helped them reunite.

From Broadway to The Love Boat, marriage to divorce, children to born-again Christianity, MacLeod aims to provide readers the advice he’d give his younger self. “Hang in there. As Mary (Tyler Moore) used to say, ‘Nobody escapes.’ Stop thinking you’re going through this life by yourself. You have God. Don’t ever give up — not on work, not on love. When one door closes…”

And that is the title of Chapter One in his book.