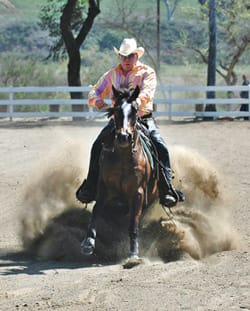 William Shatner may seem outrageous as Denny Crane on Boston Legal or even as himself hawking bargains on Priceline.com and dancing around on the 2006 game show Show Me the Money.

But the man who became a household name playing Captain James T. Kirk over the 25-year span of the Star Trek television series and movies becomes serious when he talks about charitable causes.

“Somebody works and then somebody does philanthropy, and I don’t see how the two are connected,” he says, dismissing the notion that his eccentric acting persona affects the way he raises money for charitable causes.

Yet his celebrity status no doubt accounts for the success of his annual Hollywood Charity Horse Show, celebrating its 17th incarnation two weeks after he accepts the Rick Weiss Humanitarian Award on April 14.

“You can open the door because of the celebrity, but people are reluctant to give money to new charities,” Shatner says. “They usually have their own way of doing things, and it’s very hard to get them to give to you. That takes a lot of hustling and salesmanship and perseverance.”

Shatner must be good at the hustling, however, because his annual horse show has raised between $3 million and $4 million for Ahead With Horses Inc. and Camp Max Strauss. The avid horseman (he raises quarter horses in Simi Valley and American saddlebreds in Kentucky and won the 1997 World Harness Championship with his saddlebred Revival) was moved after watching a riding exhibition by handicapped children in the late 1980s. That led to him spearhead the Hollywood Horse Show, in which he and his wife compete in reining.

Shatner has expanded on his interest in equestrianism and philanthropy by founding the William & Elizabeth Shatner Jewish National Fund Therapeutic Riding Consortium Endowment for Israel, which he also wants to reach Bedouin, Palestinian, Jordanian, and Lebanese children.

“I went to Israel this past summer to organize an inter-national riding therapy program for children of all the nations in that area,” he says. His new charity “will fund existing riding academies in Israel, with the instructions that it must be open to children of other nations. … We are in touch with the Palestinian Riding Academy and Jordanian royal family.” Bringing together war-torn children, the project “is both a riding therapy program and a tentative step for peace in the area.”

Shatner also champions of the work of the American Tinnitus Association, raising awareness through television appearances and interviews.

“I have been a member of the American Tinnitus Association for several years and have talked about tinnitus a great deal,” he says. He suffers from the illness as the result of his close proximity to an exploding special effect during filming of the “Arena” Star Trek episode in 1967. In addition to his work on Boston Legal, Shatner has a new CD coming out. His first CD, The Transformed Man, was released in 1968 to much ridicule — especially for the tracks “Mr. Tambourine Man” and “Lucy in the Sky With Diamonds.” Just about everyone laughed at Shatner’s leap from actor to recording artist. Perhaps that’s why 36 years passed before the release of Has Been.

With that second CD, produced by Ben Folds, Shatner regained the respect of his critics. Not only did he write much of the material for Has Been, but also he played to his strengths — specifically, impassioned speech, timing, and a touch of self-mockery.

A new CD, Exodus, was recorded at a live concert in 2005. “It’s done with the Arkansas Symphony [Orchestra] and a chorale group of 350 people,” Shatner says. “It should come out fairly soon.” Exodus features Shatner narrating the biblical story in a symphonic work by Arkansas Symphony Orchestra Conductor David Itkin.

Although he says he has been to Palm Springs “several times,” Shatner should find this month’s visit the most memorable, as he accepts the Rick Weiss Humanitarian Award at a gala benefiting desert charities.

“I am just very honored,” he says of the award.