The Women of Weed Documentary Sheds Light on Gender and Cannabis 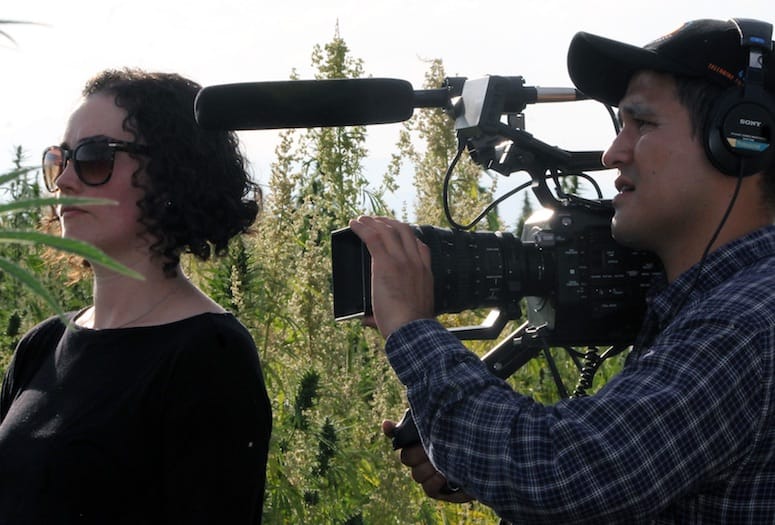 Director Windy Borman: "My goal is to turn this into a docu-series, and I have the first three seasons mapped out."
PHOTOGRAPH BY RISE ABOVE SOCIAL

Filmmaker Windy Borman was raised to be skeptical of cannabis. With a history of addiction in her family and no significant information to the contrary, she had no reason to question this thinking.

But after moving to Colorado in 2014, she began to view cannabis through a different lens. She discovered that women hold 36 percent of leadership roles in cannabis businesses, much higher than the 22 percent of the workforce in general. She saw a movement striving toward sustainability like no other. And she saw a business that has been overly criminalized by the justice system. She asked herself: “Why?”

She began to answer that question with Mary Janes: The Women of Weed, which screened at last weekend’s Palm Springs Cannabis Film Festival and Summit. The documentary features interviews with more than 40 women who are shaping the future of cannabis, including a moving testimony by singer-songwriter Melissa Etheridge.

“What really turned the corner for me from being somebody who is interested but kind of skeptical was when I saw the prison industrial complex and how closely aligned that is,” says Borman. “The drug war is basically institutionalized racism and the amount of money people make off of locking up black and brown people — and it’s often drug possession charges. Once I saw those statistics I was like, ‘I've been lied to.’”

As Borman learned about cannabis from prominent “ganjapreneurs,” she began to see something more than a subject for a film. She saw a need for legitimate change, and she wanted in. 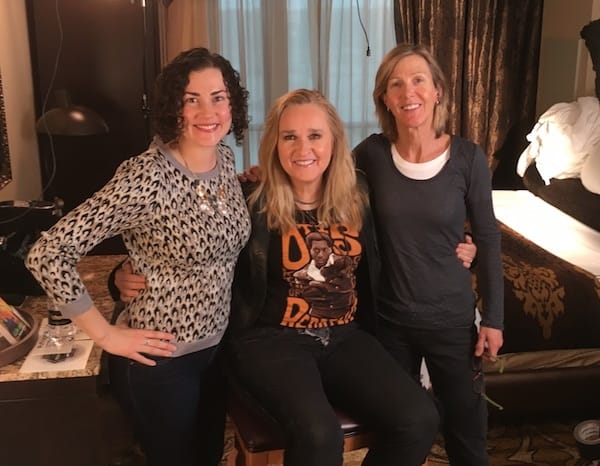 “We call it the Puffragette movement,” she says. “We created that out of a necessity to come up with a way to talk about the women — and men — who are building corporate responsibility into the cannabis industry … And it really resonates with people. Sometimes people even clap in the audience when they see the word on the screen for the first time! So we hope that’s just the beginning. We would love if the movement just grows and grows.”

During the film, as she listens to women sing the plant’s praises, Borman’s long-held trepidations about cannabis fade. In fact, she tries weed for the first time on film, with hilarious results. At the screening, she explained that she felt she needed to connect with the story to act as a “guide” to those with the same questions she had. “I thought it was kind of a new take on the story,” says the filmmaker, whose previous documentaries have delved into dyslexia and landmine survivors in Thailand.

The cannabis film is complete, but the conversation is far from over for Borman. “The goal was always to brand this conversation about women in the cannabis industry,” she says. “The wonderful problem we had is there are so many amazing women in the industry, so we could have kept filming forever. Plus, everything in cannabis changes so quickly. So taking a couple of years to do a film ends up feeling dated. My goal is to turn this into a docu-series, and I have the first three seasons mapped out.

“What we’re trying to do is find a good distribution partner who understands the value of a one-off documentary film as well as something that has strong series potential,” she adds. “So once we talk to the right people, hopefully, we’ll be able to announce some distribution.” 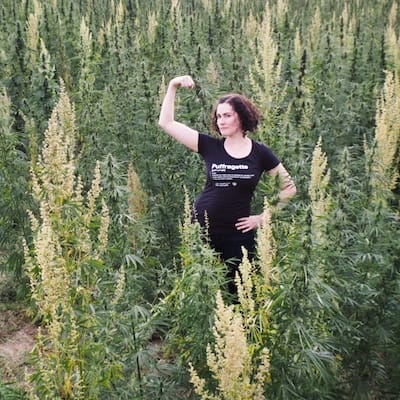 Mary Janes: The Women of Weed screens next at the Artemis Women in Action Film Festival in Santa Monica on April 27 and April 29. For more information, visit maryjanesfilm.com.