In less than half the time it took to sit through the last Avengers movie, viewers can experience an entire film festival. The 2019 Timelapse Film Festival (TLFF), taking place Aug. 3 at the Joshua Tree Retreat Center, will run about an hour and a half, and each festival entry lasts only four minutes.

“Time-lapse visuals are quite captivating, and I find that Joshua Tree naturally lends itself to that,” says Casey Kiernan, a filmmaker who launched the unique event four years ago in Santa Monica before moving it to the desert in 2017. He says he relocated the festival to Joshua Tree because it’s a “mystical, magical place” that creates the ideal atmosphere for watching mind-bending short films.

Although sometimes referred to as “a new art form,” the popularity of time-lapse filmmaking can be traced back to the 1982 release of the Koyaanisqatsi. The renowned documentary, named after a Hopi phrase that translates to “life out of balance,” was directed by filmmaker Godfrey Reggio and boasts a score by Philip Glass. The popularity of the experimental film led to two sequels. Now, almost anyone can follow in Reggio’s footsteps.

Kiernan, who receives about 100 entries every year for TLFF, believes the accessibility and low cost of required equipment is why the art form is growing. “Everyone has a camera these days,” he says. “You can even do it with your cellphone now. People have really gotten very good at it. That’s why I get so many submissions from all over the world.”

Who is the audience for such quickie, trippy movies? “This is for anybody interested in film,” Kiernan says of the festivals’ attendees, who come from around the world. 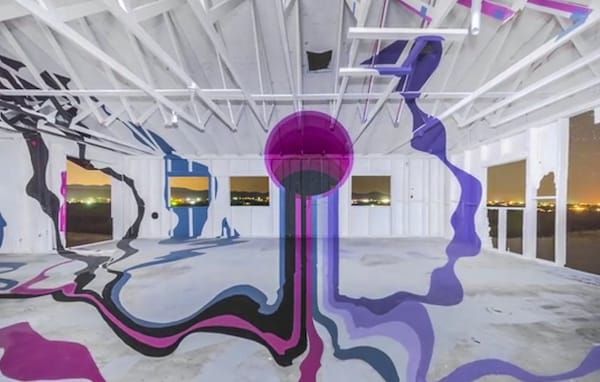 From the timelapse film, Go Home by local filmmaker Jeff Frost, who also was part of the 2019 Desert X art installation.

“Joshua Tree isn’t just for rock climbers. There’s music and film drawing people here as well. This festival is a more intimate experience that gives you an understanding of the entire world in one evening.” The medium also isn’t bound by spoken language either. He says that few of the entries have dialogue, so “anybody anywhere in the world can watch a time-lapse film.”

Kiernan promises that TLFF attendees will leave feeling transformed. “People will feel like they’ve traveled the world and opened their eyes to these different places,” he says. “It’s incredible visuals and very compelling images of people and places from around the world. It’s a whirlwind travel experience that happens in just one evening.” Unlike most film festivals, which usually last about a week and are programmed with films that run about 90 minutes, Kiernan is proud his event is “very concise.”

As with any film festival, there are criteria for making the final cut. Kiernan says about half the time sequences must be altered. “It can be sped up or slowed down,” he explains. “That’s the technical requirement.” The selections must also have a message, too. “You have [to keep] the viewers’ attention for four minutes,” Kiernan says, “and [they] should be informed during that time, rather than just see pretty pictures and technical wizardry. We’re asking [filmmakers to] impart some perspective.” 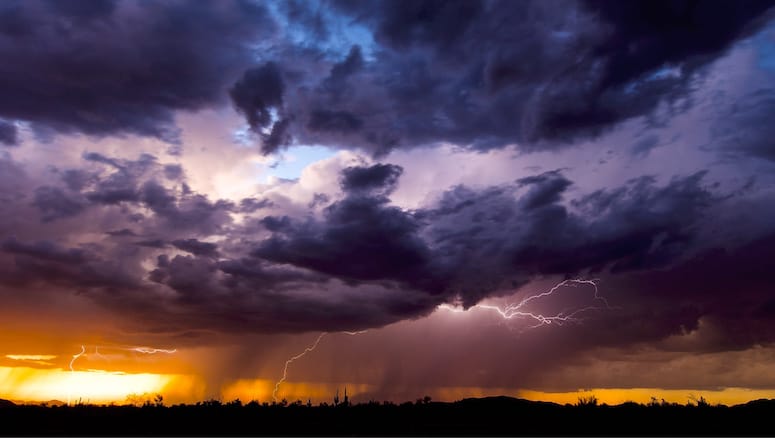 From Monsoon V by Mike Olbinski – a timelapse of storms across the Southwest.

The winner of last year’s festival, Windows, was set in a New York City high-rise apartment and chronicled a guy who, with his telescope, filmed neighbors through their home windows as their lives unfolded. “It was very voyeuristic to think you live in a world where everything you do can be watched,” Kiernan says. “For the judges, it was an amazing message to use this technology to show that.”

The festival relies on a core group of judges, but Kiernan updates the jury members each year. Bobby Furst, a returning judge and popular Joshua Tree-based artist, says he considers multiple criteria to decide the winning films. “It’s basically the visuals, editing, and sound,” Furst says. “But it’s also about content, story, technique, and creativity all the way around. Some films just show you amazing environments you haven’t seen before, whether it’s the universe or a volcano erupting in Hawaii.”

Furst says that TLFF’s location is often as breathtaking as the films being screened. “Out here, once you get out of the city, it’s about the universe, dark skies, planets and comets,” he says. “It opens people’s awareness to the universe around them.”