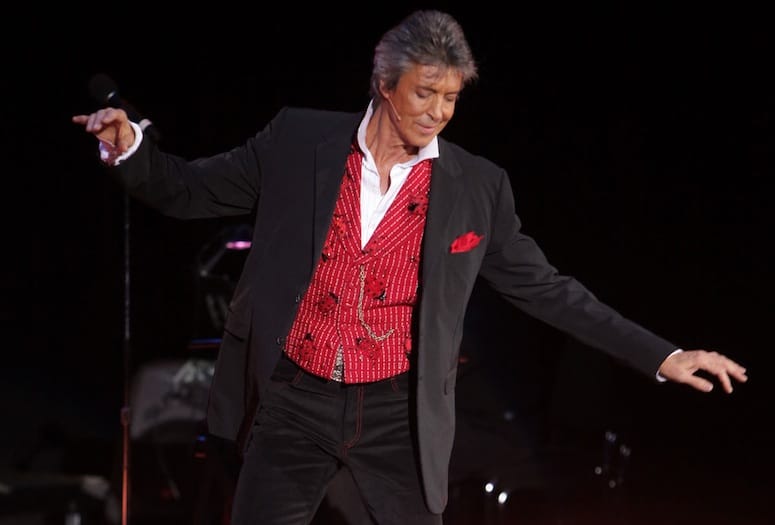 The show is called, “Taps, Tunes, and Tall Tales”, but it could very well be an evening with Tommy Tune.

In marking his 55th year in show business, Tune inserts himself into the show with personal anecdotes and reflections while continuing to dazzle audiences with his song and dance. Even for a one-night show, Tune has added painstaking detail from the lighting (by Patrick Rinn) to costumes (Dona Granata) to his musical director Michael Biagi.

Tune will make two appearances in the Coachella Valley this week fresh from the Kennedy Center’s Terrace Theater in Washington, D.C.

The first is a Q&A Nov. 14 at the Coachella Valley Repertory Theatre in Rancho Mirage followed by his first-ever show Nov. 16 at the Annenberg Theater in Palm Springs (he has previously appeared at the McCallum Theatre).

“This one is…it’s intimate, I suppose because I do … you know, this is my golden decade in show business and so it’s time to, I guess, reflect,” Tune says.

Tune took time out in New York to answer some questions from Palm Springs Life.

What can audiences expect from your show?
“We do a whole Gershwin section and I even do a song from Green Day, Carole King, Burt Bacharach and, of course, Cole Porter, Irving Berlin. It’s an eclectic show, but each song has its own function in selling my story so it all kind of holds together. It does. It really holds together. I’m just having a ball with it.”

I would think the challenge of including your stories in the show is what stays and what do you leave out?
“I could do a whole other volume of this show with what I’ve left out because it accumulates and then you … you know, once you’ve told a story several times then you think, ‘Well what else could I be telling?’ of course, but I want to keep this because it works all so well together. Sometimes I go off in the show, and just something else will come to mind that has to do with what I’m talking about. It’s structured, but it’s a loose structure.”

How does that change the connection to the audience?
“That’s really interesting for me because you know, in the theater we’re so trapped into the proscenium and the other people on stage that you don’t adlib. That’s my training, you know, to do the script as written, but this one is relaxing. I’m learning more and more about that aspect of it, and about listening to the audience because the audience is my partner. Usually you come out on stage and you’re announcing ‘I am here’, and now watch whatever I get involved in. But this show is basically saying ‘I am here with you’, and those two little words really do change it. I’m still learning.”

When was the last time you visited Palm Springs?
“I think I was in Palm Springs this summer, and I always stay with Carol Channing. We just had a great time.”

How long have you known Carol?
“She really is my spiritual mother. I’ve known her since I was 17, and anytime I had to make a difficult decision, career-wise about show business, I would call her and she would always give me excellent advice. Like when I got my Las Vegas contract I said to her, ‘Okay Carol Channing. I just signed my Vegas contract at the MGM Grand. How do you play Las Vegas?’ and she said, ‘Tommy Tune, to play Las Vegas you must start with a finale and go up from there.’ It was good advice.” (They call each other by their full names).

How did you meet her?
“I got my equity card in Dallas at the Dallas Summer Musicals, and I was doing West Side Story, and the next show was Red Head. We had the week off in between to rehearse it, and Carol Channing came in with her show. It was a one-woman show called Show Girl. It was fantastic. I had never seen her before in my life. I saw her opening night and I went back every night to see it, every night. She gives it all and she’s a creature designed for the stage as am I. She’s bigger than life and I’m bigger than life, too (he’s 6-foot-6).”

I read you paint when you’re not performing. How did that start?
“I’ve always painted my whole life, but every show that I’ve ever directed I’ve painted first. Every scene I paint and every costume I do my version, and then I take it to the professionals, great scene designers, the great costume designers and say, ‘Take this and make it better, but this is the direction I’m going in.’ They love that because then they’re not trying to second guess what the director might want. I’m very into fashion and clothing and well, just all aspects of it. The painting just falls into that.”

LISTEN: Tommy Tune shares what happened to his personal memoirs that may derail writing a second book thanks to Hurricane Sandy.