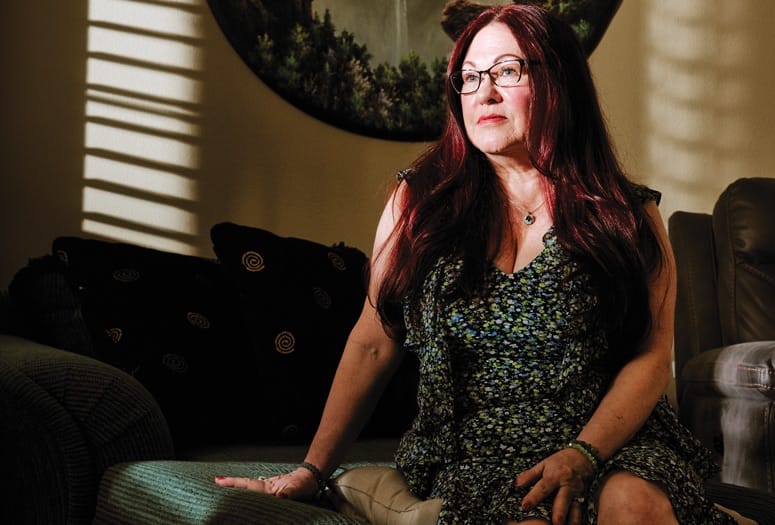 Tracy Dietlin — publisher (with her husband, Phil Lacombe) of the entertainment newspaper CV Weekly, producer of the annual CV Music Awards, and founder of the CV Music Showcase competition for local bands — loves music and likes to stay busy … really busy. She’s a champion of the local musician, constantly on the phone, connecting performers with venues, and scouting new talent to feature.

“Tracy’s an opportunity-maker,” says singer Lisa Morgan. “She creates opportunities for herself and then brings people on board and gives them the opportunity to shine as well. She believed in me when nobody else did and has created a forum that connects us all.”

CV Music Award–winning punk drummer KT Zapcart (of the bands Jekkel and Bridger) shares the sentiment. “The best thing about Tracy is that she believes in your dreams. She dreams for you.” Zapcart, 31, a kindergarten teacher and performer, has known Dietlin since 2005, when she played drums while attending La Quinta High School. “Being a part of the bigger [music] community propelled my vision. Sometimes artists don’t realize they’re as talented as they are. But Tracy can see that in someone and support it.”

After Zapcart suffered hand trauma from a car accident while she was attending USC, Dietlin encouraged her to resume drumming. “As I was recovering, my band from high school started playing again. And what did Tracy do? She gave us shows.”

Dietlin, 57, has had a lifelong love affair with music. She grew up in Erie, Pennsylvania, and Winston-Salem, North Carolina, and began writing poems and lyrics at age 11. “I always wanted to be a singer-songwriter. I don’t have the voice, but I am a good lyricist and am proud of that,” she says. (Her book The Alphabet Passages: Poetry A … Z was published in 1998.)

At 18, she fell in love and followed her heart west to Hemet. “I thought, ‘Oh, my gosh! We’re going to Hollywood!’ not realizing where Hemet was,” she laughs. “It was a shock.” A natural entrepreneur, she launched a cleaning business by the time she was 20 and also entered the beauty pageant business. “It was jeans and sweatshirts during the day, then training young women how to walk and talk for pageants at night,” she says.

Dietlin came to the Coachella Valley in 1991 and worked as a massage therapist. Her first foray into publishing came in 2000 when she began writing about music for the Desert Post Weekly. She eventually started selling advertising for the paper and then decided she wanted  to run her own publication. “I actually registered Coachella Valley Weekly and CV Weekly in 2005, because I’d always had hopes that I would do this,” she says. Dietlin published her first issue in March 2012.

“I joined the paper before it was published,” says Morgan, 53, who books the live entertainment at Big Rock Pub and writes for CV Weekly. “I was hired as a sales manager. I knew there was a lot of competition, so I didn’t think she would be that big of a deal. But she started a paper right before summer. The woman is fearless.”

“It was difficult,” Dietlin admits, “but I had a lot of good client relationships.” Plus, she had always worn a lot of hats — writer, editor, salesperson. She and Phil put out the paper every Tuesday from their home in La Quinta and have it on newsstands the next morning.

“I wanted something everybody would read ,” Dietlin says. “I feel like we’ve achieved that.”

While there’s no shortage of community-related content, the paper’s main beat is music, says Dietlin, a rock fan who also loves hip-hop and rap. “I wanted the paper to be music- and entertainment-driven. This valley is so rich in talent. The musicians here amaze me.”

The musicians return the admiration. “Tracy and Phil’s support has helped allow me to play music full time,” says singer-songwriter Michael Keeth, a five-time CVMA Best Male Vocalist winner. “Her articles and live showcases have been invaluable to all of us who strive to create and share our music with our community and beyond. ”

Dietlin launched the CV Music Showcase in fall 2015. The Hood Bar & Pizza in Palm Desert hosts monthly competitions beginning in December, with five preliminary rounds, each featuring four bands. It culminates in a final round (May 4), with the winner claiming a $2,000 cash prize and precious studio time.

Her greatest contribution to the local music scene is the CV Music Awards. The seventh annual iteration, June 2 at Hotel Zoso in Palm Springs, honors talent in 45 categories and bestows awards in Lifetime Achievement, Trailblazer, and Pioneer categories. It also recognizes unsung members of the industry, including sound engineers and producers. This year, Dietlin debuts the Paul Rodgers Icon Award, named for the Bad Company vocalist and part-time desert resident, who will attend the event. (Rodgers’ children, Steven and Jasmine, perform locally.)

“A lot of people probably want to do what Tracy does or say that they could do what Tracy does,” Zapcart says. “But few, if any, understand the sacrifice and the work ethic it takes. She’s inspiring. I hope she realizes the strong impact she has on others.”