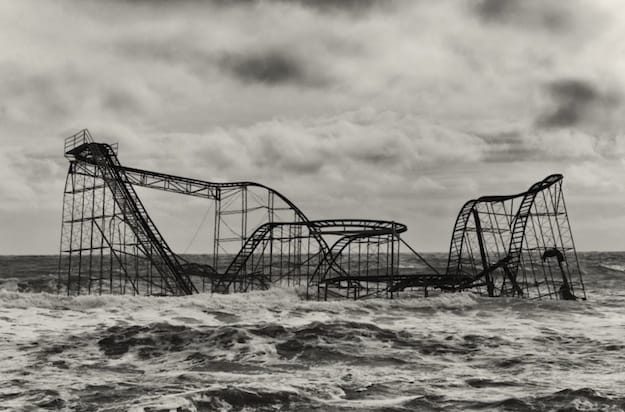 10 a.m. –  all day: The inaugural AMFM Fest bills itself as a mini Coachella, with art, photography, films, and music, including a midnight concert by Joshua Tree-based Gram Rabbit on June 14 at the Cathedral City Town Square near the Mary Pickford Theater. Read our story.

6 p.m.: The Palm Springs Art Museum offers a free screening of foreign and comedy standards this summer continuing with "Beijing Flickers" from China. Come a little early and visit the art museum, which is open for free on Thursdays from 4-8 p.m.

6 p.m.: The Riviera hopes to make a splash with its "Hot as Hell" pool parties from 6-10 p.m. There will be signature food items and cocktails plus live music. A portion of the Riviera signature cocktail will go to the Boys and Girls Club of Palm Springs.

6 p.m.: Total Wine & More has its grand opening in Palm Desert with 8,000 wines, 3,000 spirits and 2,500 beers in one location. There will be complimentary tastings, hors d'oeuvres, music and giveaways.

7 p.m.: VillageFest along Palm Canyon Drive in downtown Palm Springs is on its summer schedule, beginning at 7 p.m. after the sun goes behind the mountain and lasting until 10 p.m. 10 a.m. – all day: The inaugural AMFM Fest bills itself as a mini Coachella, with art, photography, films, and music, including a midnight concert by Joshua Tree-based Gram Rabbit on June 14 at the Cathedral City Town Square near the Mary Pickford Theater. June 14 is also the screening of "American Road" at 7 p.m. with narration by seven-time Emmy winning actor Ed Asner, who will make an appearance. See our Q&A with Asner.

8 p.m.: Singer Beth Orton, who resumed her career just last year after a six-year hiatus to spend time with her family, continues her comeback with a stop at Pappy & Harriet's in Pioneertown. Read our profile on Beth.

Dinner suggestion: Find out how old family recipes have made Soul of Mexico one of the top Mexican restaurants in the Coachella Valley. Read writer Lawrence Karol's recommendations. Saturday, June 15
7 a.m.: The Street Fair at College of the Desert is on its summer schedule, 7 a.m. to noon, and a new location closer to the college's entrance off Monterey Road.

9:30 a.m.: The turbulent 1960s also producers some of the most amazing music that galvanized a generation. See the documentary on this historic time period at the Camelot Theatres in Palm Springs. Read our preview.

10 a.m. – all day: The inaugural AMFM Fest bills itself as a mini Coachella, with art, photography, films, and music, including an appearance by Michael Madsen, who will introduce the 1994 remake he starred in of "The Getaway" with Alec Baldwin. Read our Q&A with Michael.

11 a.m. to 11 p.m.: For the first time, the Joshua Tree Gay Pride Festival will run all day with music, activities for adults and kids, art shows, food and a beer garden for adults. Admission is free, and donations accepted. See our preview.

2 p.m.:"Nicky as Carol Channing: An Affectionate Tribute" plays at the Desert Rose Playhouse at The Commissary in Rancho Mirage.

6 p.m.: The African-American community in the Coachella Valley celebrates its culture and heritage with "Juneteenth" at the La Quinta Resort. Entertainment includes Gina Carey, L. Brown and Gerald Rivers. Read our preview.

7 p.m.: Actor Michael Madsen, who is also in town to appear at the AMFM Festival, reads poetry from his fourth book in the Amigo Room at the Ace Hotel in Palm Springs. Read our Q&A with Michael.

8 p.m.: The Doobie Brothers, who have sold more than 40 millions records worldwide, play at Fantasy Springs Resort Casino in Indio.

Dinner suggestion: Spencer's in Palm Springs has a special prix-fixe dinner for $38 per person that includes an appetizer, entree and dessert.

Sunday, June 16
10 a.m. – all day: The inaugural AMFM Fest bills itself as a mini Coachella, with art, photography, films, and music. Actor Viggo Mortensen will receive the Dennis Lee Hopper Award between noon and 2 p.m. at the Mary Pickford Theater. Read our story.

10 a.m. to 5 p.m.: Free admission to the Palm Springs Air Museum for Dads when accompanied by a paying child. See one of the largest displays of World War II flyable planes.

7:05 p.m.: Take Dad to a Palm Springs Power baseball game where special contests and promotions will complement the action on the field.

8 p.m.: Cedrix Bixler Zavala, known as a badass rocker, is debuting a new album filled with love songs at Pappy & Harriet's in Pioneertown. 9th Annual Lavender Festival
Held about an hour west on Interstate 10 over two weekends, the Lavender Festival (June 15-16, June 22-23) has guided tours, an organic marketplace, horse-drawn hayrides, aromatherapy and massages, kids activities, workshops and lectures. There will also be lavender-inspired cuisine, such as Lavender Lattes. There are bus tours originating in Palm Desert to the Highland Springs Resort, 10600 Highland Springs Ave., in Cherry Valley. For information, call (951) 845-1151 or visit www.hsresort.com