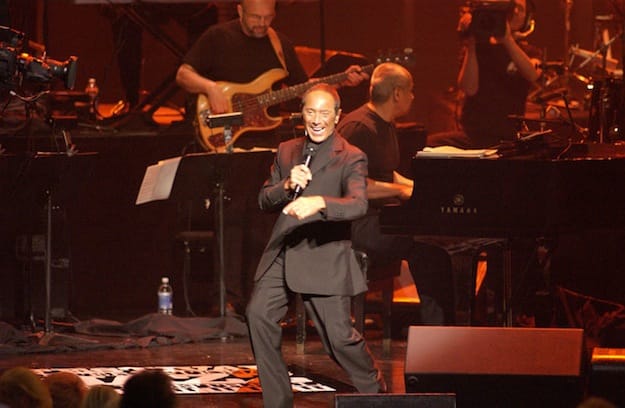 Thursday, June 6
6 p.m.: Free? Did you say free movie? The Palm Springs Art Museum offers a free screening of foreign and comedy standards beginning with "About 111 Girls", an Iranian film with English subtitles. Come a little early and visit the art museum, which is open for free on Thursdays from 4-8 p.m. Read our preview.

7 p.m.: VillageFest along Palm Canyon Drive in downtown Palm Springs starts its summer hours, beginning at 7 p.m. after the sun goes behind the mountain and lasting until 10 p.m.

7:30 p.m.: The Nobody's, a group out of Los Angeles, have become a Somebody. But in order to find out why, you need to make the trek out to Pappy & Harriet's Saloon in Pioneertown.

10 p.m.: Wade Crawford and The Country Trash invade The Hood Bar & Pizza in Palm Desert for a free show.

Dinner suggestion: Morgan's in the desert in La Quinta will be celebrating everything strawberry through June 15 by introducing the fruit into a variety of its dishes, plus the traditional Strawberry Shortcake. Friday, June 7
6-8 p.m.: In addition to tasting the Mediterranean cuisine at Figue, the La Quinta restaurant will give patrons a sneak preview of the 2014 Jaguar F-Type Roadster, which officially launches nationwide this week.

6-10 p.m.: Artist Charles Bibbs exhibits his works of "Rhythm of Colors" with an opening reception at the JJ&A Pop Up Gallery in Palm Springs.

7:05 p.m.: The Palm Springs Power, which got off to a 3-0 start in its opening weekend, host the Riverside Rebels for a three-game series starting Friday through Sunday with the same 7:05 p.m. starting time.

7:30 p.m.: The Palominos out of San Diego bring their honky-tonk vibe in a free concert guaranteed to have you out on the dance floor at Pappy & Harriet's Saloon in Pioneertown.

8 p.m.: Paul Anka just published his autobiography, "My Way An Autobiography", along with a new album, "Duets" featuring Dolly Parton, Michael Jackson and Celine Dion, in bringing his act to The Pechanga Casino Resort in Temecula.

9 p.m.: Jewel is excited to be back in the Palm Springs area with baby Kase in tow, singing songs from her recently released "Greatest Hits" album. See her perform at the Agua Caliente Resort & Spa in Rancho Mirage. Read our profile.

9 p.m.: The Beach Boys mark their 50th anniversary with a tour stop at the Morongo Casino Resort in Cabazon. Read our preview.

9 p.m.: The Matadors, The Butchery Boys, Screamin Yeehaws and Martin Bombshell pack a powerful show at The Hood Bar & Pizza in Palm Desert.

Dinner suggestion: Piero Pizza Vino in Palm Desert cranks up the heat in its wood-burning oven to create its Neapolitan pizza creations. Read our story.

Saturday, June 8
7 a.m.: The Street Fair at College of the Desert starts its summer hours, 7 am. to noon, and a new location closer to the college's entrance off Monterey Road.

10 a.m.: The John H. Furbee Aquatics Center in Desert Hot Springs officially opens with a ribbon cutting at 10 a.m. followed by Open Free Swim from 11 am. to 3 p.m. Refreshments, a free swim day and no admission fee.

4 p.m.: The Desert Winds Freedom band will perform its "Summer Pop Concert" for free in the Community Room of the Rancho Mirage Public Library. Started in 2001 with just a quartet, the gay and gay-friendly band now numbers more than 65 members. Read our preview.

Dinner suggestion: Castelli's in Palm Desert recently marked its 25th anniversary. Not too many restaurants can say that, let alone be family-owned. They will be open through July 6 before closing for the rest of the summer. 4-9 p.m.: Mario's Palm Desert will host a fund-raising dinner to help the families affected by the devastating tornadoes in Oklahoma. They will donates 100 percent of the night's proceeds to the American Red Cross Oklahoma Disaster Relief fund excluding alcohol purchases.

Brunch suggestion: Oscar's Cafe & Bar serves up breakfast offerings along with $5 Bloody Marys, $2 Mimosas and $9 Bottomless Mimosas from 9 a.m. to 3 p.m. during the weekend. Situated at the corner of Tahquitz Canyon Way and Indian Canyon Drive in Palm Springs. Pride Weekend – Los Angeles
Held in West Hollywood Park from June 7-9, LA Pride is the largest LGBT gathering in Southern California. There will be live entertainment on multiple stages, including Uh Huh Her (who appeared in March at The Dinah Music Festival in Palm Springs) and Luciana on Friday night; Ciara and Chiddy Bang on Saturday night and closing with The Pointer Sisters, Judith Hill and Kerli on Sunday night. The parade commences at 11 a.m. June 9 on Santa Monica Boulevard with Grand Marshall Maria Menounos.

Looking for something to do? Consult our comprehensive events calendar.