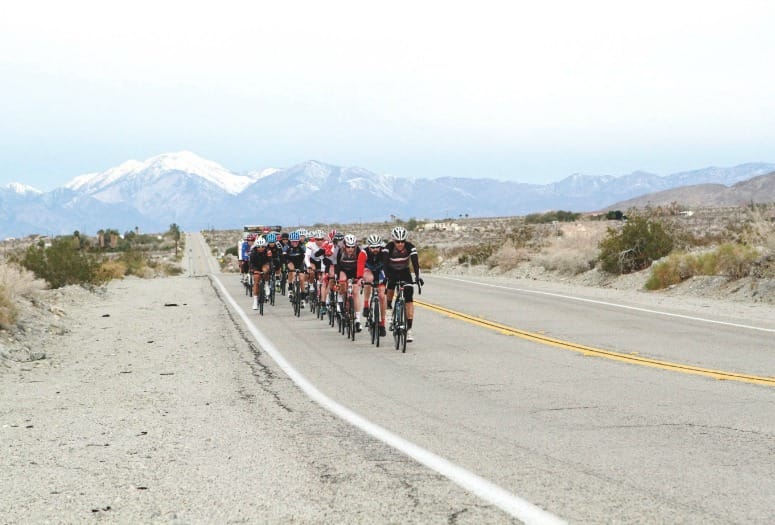 The Tour de Palm Springs started with a simple conversation between brothers. Local businessman Tim Esser was having a beer with his brother Pat when he asked, “If you were going to die, what would you regret not doing in this world?” Pat replied, “I think my biggest regret would be not helping my fellow man enough.”

Esser didn’t know it at the time, but his brother had planted a seed for what would become the Coachella Valley’s largest charity event. “A year later, it hit me like a ton of bricks,” he recalls. “I thought, ‘What have I done?’ ”

When Esser conceived the idea, he hadn’t been on a bike for 35 years, but he was seduced by the prospect of a personal challenge. Initially called Spokes for Different Folks, the event took on surprising momentum at its inception.

“The more people we got, the farther I was going to ride on my bike,” Esser says.

When 100 bikers signed up, Esser planned to ride to Phoenix. But the registrations kept pouring in, and when the total hit 400, he stretched his destination to El Paso. While en route to Texas, Esser decided to pedal 3,000 miles to Jacksonville, Florida. Thirty days, one fiery crash, and a sprained shoulder later, he made it. The $20,000 raised that year benefited a variety of charities in the valley, as it continues to do today.

Since that time, the Tour de Palm Springs has grown exponentially, attracting more than 10,000 bicyclists and raising more than $3 million for local charities.

The event kicks off with a Vendor Expo, featuring all things cycling: gear, garb, and healthy grub. During the  race, more than 25 bands will perform live to energize  riders and their spectators, while food vendors serve up delicious fare and fuel. But the biggest draw of the event is the local landscape: “You have the most beautiful desert right here,” says Esser. “It’s just amazing. Who wouldn’t  want to ride a bike here?”