Wiliam Krisel: The Architect for "The House of Tomorrow" Job 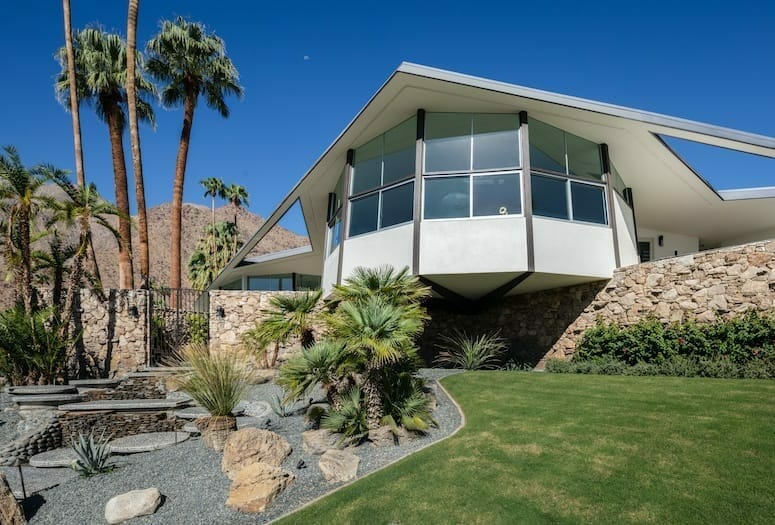 Author and preservationist Chris Menrad will lead a special tour of The House of Tomorrow on Oct. 16 as part of Modernism Week October.
PHOTOGRAPH BY DAREN BRADLEY

Bob and Helene Alexander had their man. The couple — known for founding the famed Alexander Construction Company, which helped change the landscape of Palm Springs into a midcentury modern haven — knew there was no need to conduct a search to figure out who would design what became known as “The House of Tomorrow” in Palm Springs.

William Krisel had already shown them what he could do, having worked with the construction company to design the 90 tract homes that established the Twin Palms neighborhood in Palm Springs. The Alexanders had seen Krisel’s personal residence in Brentwood and asked the architect to incorporate many of the same elements, such as atriums, sunflaps, and fireplace design, into those tract homes.

When faced with The House of Tomorrow project in 1960, initially labeled unbuildable due to its siting on an uneven hillside, Krisel, as he had done so often in his career, found a way, explains Chris Menrad, an author of the book, William Krisel’s Palm Springs: The Language of Modernism. His solution: floating what are essentially four circular pods on top of the rocky foundation.

The Class 1 Historic Site, also known as the Elvis Honeymoon Hideaway (because the King of Rock 'n' Roll and his wife, Priscilla Presley, stayed there for a very brief time in 1967), will open to the public for Modernism Week October tours Oct. 13–16. Menrad hosts an exclusive tour of the home Oct. 16 at 2:30 p.m. as part of a special Modernism Week October event. The author, who bought a Krisel-designed home when he moved to Palm Springs in 1999, will give a lecture, answer questions, and sign copies of his book.

In conversation with Palm Springs Life, Menrad, a past president of the Palm Springs Modern Committee and current board member, touches on what made Krisel so valuable to the Alexanders and how he conquered the challenges faced in designing The House of Tomorrow. 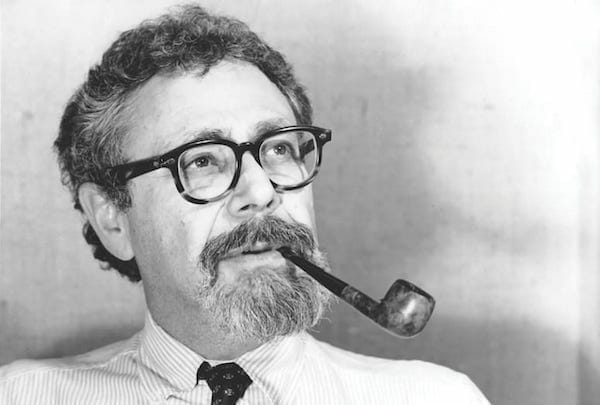 William Krisel’s relationship with Bob Alexander was key to his work for the family's construction company. “I wanted to learn how a builder thinks, and I told him how an architect thinks,” Krisel once told Palm Springs Life. “We put those together and went to work.”

Why is The House of Tomorrow so important to see?

This house proudly says, “Look at me. I'm here!” It unabashedly does not hide behind the hedges or landscaping. You're almost looking under the house as you’re going up to it. Architecturally, it just makes a dramatic statement. The Alexanders are [like] kings overlooking their domain; it kind of looks down on one of the neighborhoods they did a lot of work in, but also the whole city. I think why it’s an important house is because essentially William Krisel was a very big fan of Frank Lloyd Wright.

He actually gave me a lot of his books that he had in his library. A lot of them were about Frank Lloyd Wright. He really loved the organic architecture. Frank Lloyd Wright worked a lot of times with shapes like hexagons or triangles, and those essentially got multiplied out. That’s how this house is.

How did Krisel sidestep using excavation when building the home?

You’re entering this house that is essentially composed of four round pods that sit at different levels. They're not all at the same level. That's how they conquered the difficult site without excavation. And yet it gets all connected under this roof that doesn't even connect to the house. It just sort of sits lightly on it, because there’s glass. Wherever a wall touches the roof, it never really touches it. There’s always a piece of glass — it could be, I don't know, 4 or 5 feet [tall] or it could literally be 2 inches. So the roof just floats on top of these pods. That design is so amazing.

What was the Alexanders’ relationship with Krisel?

At the time he built The House of Tomorrow, they were wed to him. Because the houses that he designed for them in Los Angeles sold way better than architects they had been working for, and for more money, they made more profit on his designs. He showed them essentially how to make more money with better design. His genius was that his tract homes looked custom. They very much connected with him. They did use other architects down the line, but in those early days, I don’t think there was another architect they even considered. Whatever he said to do, they would do. They weren’t pushback people like, “Oh no, let’s not do it this way. We have our own ideas.” He said they were very loyal clients.

What do we see in The House of Tomorrow that has Krisel’s imprint?

His houses are about discovering. Architecture is never about revealing everything at once. As you walk through this space, you get high and low ceilings, you get compression, you don’t see all the view at one time. You discover it as you move through. Some of the rock walls, how they flow from inside to outside or connect with the big walls that are in the front. It's all connected. I mean it’s hard to see when you’re in the house because you’re just a little person in it. But if you see the floor plan, you can see how all that stuff lines up. It’s not directly apparent when you’re in it — it’s not even meant to be. You’re just supposed to experience the architecture, sort of like going through a fun house. Each different room is going to be a different experience.

Do you have a favorite space in the house?

For sure, it’s that amazing living room. Once you’ve gotten onto that incredibly long, sexy couch that just keeps going from one end of the space, and you’re just sitting in there and seeing out. And that beautiful fireplace — it’s so super cool. It’s like it’s floating in the center of the room, in between that and the dining area.

Sounds like you’re ready to get the tour started.

I'm looking forward to it. I’ve been there a couple times since it's been done, and it’s so nice to see it cleaned up from what I had experienced before. The outside looks totally like it originally did in photographs. Right now, it’s a really special time, because the lots on either side, they were originally — as long as the Alexanders were there — vacant. And right now, both lots on either side are vacant, so the house really stands out dramatically. When you’re in the backyard, you have these amazing open views, that for years had been hidden by pine trees and brush. You couldn’t even see it, didn’t even know it was there.