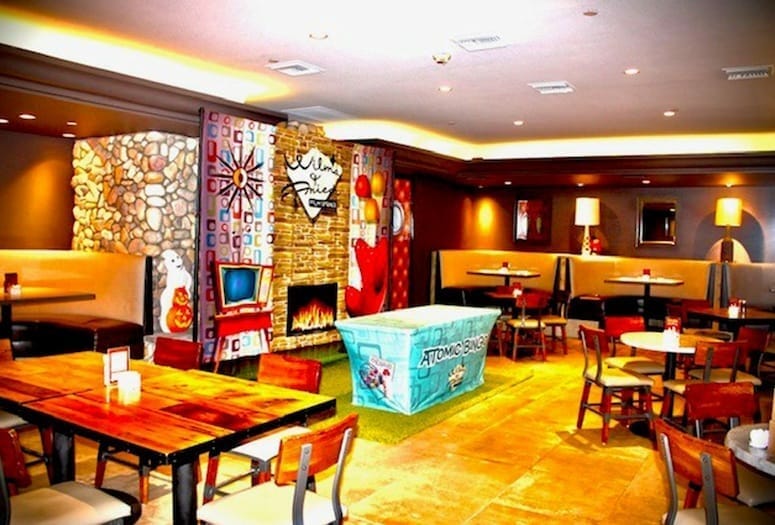 The Lounge at Wilma and Frieda's in Palm Springs hosts Deven Green and Handsome Ned on May 13 during the Oasis Music Festival.
PHOTOGRAPH COURTESY WILMA & FRIEDA'S

Deven Green and Handsome Ned will leave you intoxicated with laughter.  Tall, thin, and glamorous, this Palm Springs couple plays their versions of your favorite songs, peppered with fascinating and funny stories.

You will be amazed by Deven’s powerhouse vocals and Ned’s unstoppable strumming. These two lighthearted musicians will take over The Lounge at Wilma & Frieda's in Palm Springs on May 13 as part of the musical offerings during the Oasis Music Festival.

Presented by Agua Caliente Casinos May 11-15, the Oasis Music Festival brings an all-genre lineup to Palm Springs headquartered at the historic Plaza Theatre and spread across several more venues in the city. The Palm Springs Life event will include headliners The Milk Carton Kids, The White Buffalo, and Y La Bamba.

“We are overjoyed to be a part of the inaugural OASIS Music Festival in Palm Springs,” says Kelly McFall, CEO of Wilma & Frieda’s. 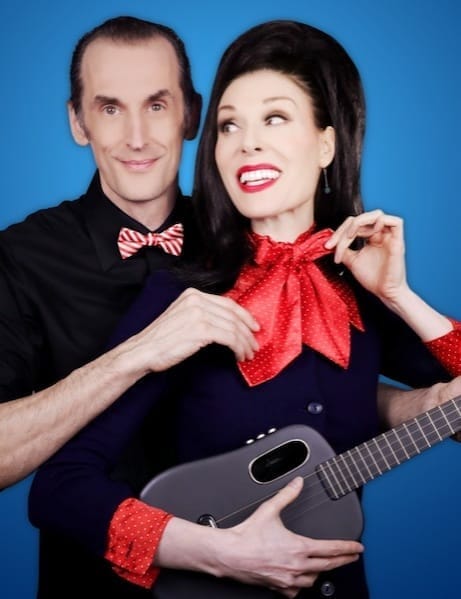 Deven Green and Handsome Ned play songs from the 1920s to today, bringing the audience together with sing-alongs, mash-ups, medleys, audience requests, and special guests (which would be you!).  There is no musical style these human jukeboxes haven’t mastered.

“We can’t wait to host the charming duo of Deven Green and Handsome Ned, who will take our audience on an exciting musical journey in our intimate venue, called The Lounge,” says McFall. “The Lounge is a fun, hip, quirky club – very retro, midcentury, with banquet and table seating.”

Green (originally from Canada) is the award-winning chanteuse whom you’ll recognize from her oft-quoted video parodies, being a judge on RuPaul’s Drag Race, portraying the satirical character, Betty Bowers, as well as performing on stage with some of the greatest entertainers in the world. Ned Douglas (originally from Britain) is a platinum award-winning music industry luminary who has worked with Mick Jagger, No Doubt, Katy Perry, Steve Nicks, and Celine Dion to name a few.

Together, Deven and Ned have headlined shows from L.A. to London and are regulars in New Orleans and Provincetown, and now Palm Springs. Their original songs have been featured in film and TV, and their writing and production work is used by artists around the world.

Wilma & Frieda's brings its own history to the festival. Named after two beloved grandmothers —Wilma was known for wearing cat-eye glasses and had a great zest for living, while Frieda was known for her ability to feed strangers and guests in a heartbeat. They were outstanding women who believed in the importance of gracious hospitality and were role models to McFall and her brother, Kreg Alexander.

Their legacy lives on today in Palm Desert at their restaurant on El Paseo as well as their Palm Springs restaurant (of the same name), overlooking Mercado Square and the Sonny Bono statue on South Palm Canyon Drive.