Winning Cocktail Has a Kick, Dash of Zing 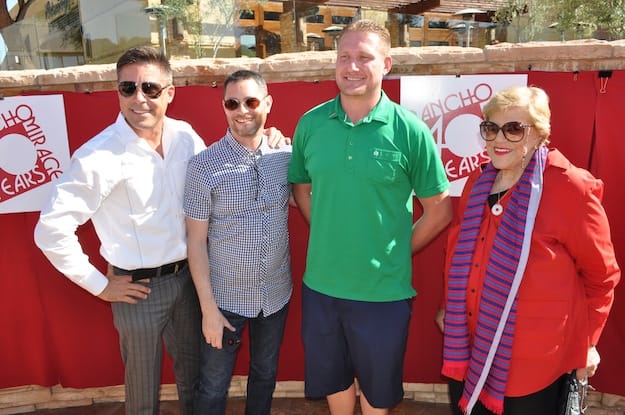 The first time he tasted the Caliente Mirage Margarita, Cameron Robeson knew this was not your ordinary concoction.

“I was like, ‘Wow, this is something else’,” said Robeson, a bartender at Pinzimini at The Westin Mission Hills Golf Resort & Spa in Rancho Mirage.

So did the judges at last weekend’s Citywide Cocktail competition at The River, which served as a special event in celebration of Rancho Mirage’s 40th anniversary.

Robeson, who is originally from Orange County but has lived in the Coachella Valley for 20 years, has bartended at Pinzimini for nearly a year.

He said the drink came as a result of collaboration among the bartenders at the restaurant.

“The idea was passed along between quite a few people,” Robeson said. “It’s almost like a traditional margarita, but with a kick and a zing to it. It’s real tasty.”

The judges had a chance to sample five cocktails in the finals after the bartenders advanced past the first two rounds based on votes cast in a poll on the city’s 40th anniversary website. Each bartender was rewarded $100 for advancing past the first round and $250 for reaching the semifinals.

The rest of the field included Alfredo Gandara with a Mirage Tai from the Agua Caliente Casino Resort Spa; Ambrose Lopez with a Ginger Mirage from bluEmber; Blake Nightingale with a Tee Time Tini from the Spaghetti Factory, and Marriette Simoni with a Delicious Mirage from Johnny Rockets.

Robeson received $500 for winning, which he will likely share with co-worker Dominic Scoles, whose name appeared in the poll but was unable to attend the finals.

During his presentation, Robeson told the judges the Caliente Mirage Margarita had just recently been rolled out at Pinzimini. The key ingredient was the Tanteo Jalapeño tequila for the “kick” and fresh juice squeezed from a grapefruit as the “zing”.

“We loved the spirit of the event and the competition,” Robeson said. “We wanted to put our thoughts and menu our there. We hope people will come out and enjoy one.”

View a video of Cameron Ambrose making his winning drink.