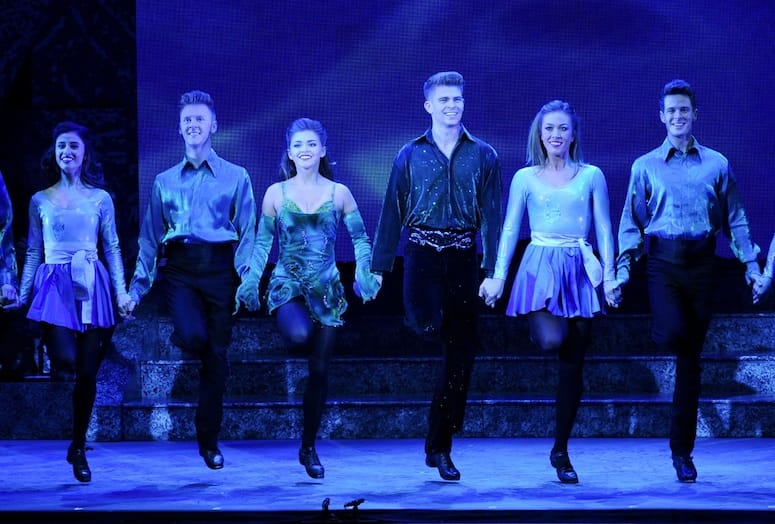 Rooted in the banks of the famed River Liffey flowing through the heart of Dublin, the Riverdance 20th Anniversary Tour is taking audiences on a journey back to its roots while introducing concepts sure to further engage audiences.

“Dancers are competitive by nature. They want to deliver and win every night,” says Julian Erskine, senior exectuive producer of Riverdance. “So the cast plays a huge part in keeping it (each performance) fresh. Generally, there is a three-to four-year turnaround…so an automatic refreshing of the show as dancers come and go. We recast the show with a lot of new dancers for this particular tour to make it as new as possible.” Bobby Hodges and the company of Riverdance.

Since evolving from a Eurovision Contest production that centered upon music and dance sourced from and a tribute to the river, Riverdance has leapt into the anals of artistic history to share the art of Irish dance.

“If someone had said to me 20 years ago that you would be on the anniversary tour…I would have laughed,” says Erskine. “I never had an idea that this could take off and leave Ireland and still be running 20 years later.” • The show revolves around the Irish people’s heritage as they intermingle with other cultures highlighting an international dance cast skilled in many dance genres, including traditional Irish dance, Russian folk, Ballet, and Flamenco.

• Each production troupe is named after an Irish River to stay connected to Ireland.

• The North America tour will perform in more than 50 cities for the 2015-16 season featuring Riverdance’s Shannon Company named after the Shannon River.

• A new number has been choreographed titled, “Anna Livia,” which gives a nod to noted Irish author James Joyce’s character, Anna Livia Plurabelle, who is said to embody the feminine of the river.

Ciara Sexton (in the blue) is the lead dancer of the female troupe of Riverdance.

“We have also given the production a visual overhaul, new costumes, new LED lighting, technology, and video projection,” says Erskine. “While the core choreography has not really changed, the show looks fresher and more contemporary.”