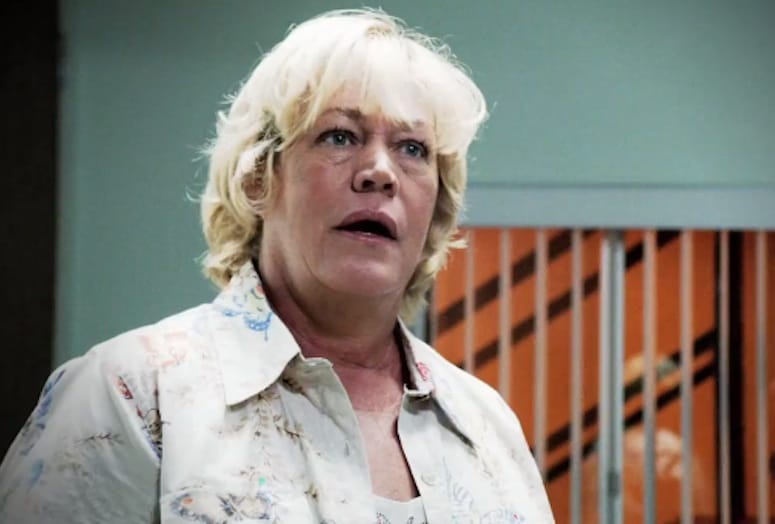 Diane Delano wants to make sure you’ll be able to find her at the second edition of the “Hot As Hell” Web Series Fan Fest, Aug. 8-10, at the Riviera Palm Springs.

“Look for me in a boob tube and pooka shells with some hip glasses,” Delano quips. “I’ll be a little bit of everywhere.”

Delano expects to reunite with cast members of the web show, Pretty the Series, which is beginning its fourth season online.

“I went last year and I had a blast…absolutely a hoot,” Delano says. “I met wonderful people. We partied like rock stars. Watched different clips. We had breakfast, played bingo, and swam. I did not stop laughing.”

Delano, a veteran of television and film, is recognizable from roles in Northern Exposure, Days of Our Live, The River Wild and The Lady Killers. She continues to do voice overs, animated shows, TV, episodics, and sitcoms on a regular basis.

When she’s not working, Delano is taking care of her mother (her best friend), gardening, or riding motorcycles (she has “big hog”). This renaissance gal also hails from a distinguished family and is related to Franklin Delano Roosevelt’s mother.

In Pretty the Series, she plays Gladys, a character Delano describes as “really attractive…hideous, in fact. She’s just one hot mess, but she doesn't think she is. It’s a really wacky, wild, part. Steve wrote me such a kickass part!”

The show is the brainchild of Palm Springs writer, producer, and director Steve Silverman, a leader in the development of independent web series. The recent success of Orange is the New Black and House of Cards has been considered a game changer for the industry with the attitude toward original online content making greater audience inroads.

Silverman created "Hot As Hell” Web Series Fan Fest to celebrate this growing industry, and share it beyond the inner circles of production cast and crew. Fans get to mingle with their favorite web series stars, participate in festive activities, episode previews, discussion panels, and behind-the-scenes peeks.