artist James Hammons | Diving into a  Pool of God 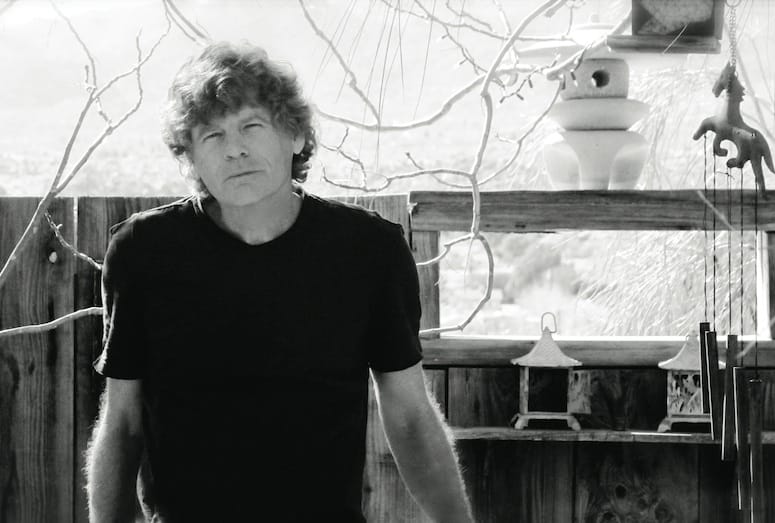 James Hammons says his work like "Tender is the Night," is inspired by Jungian archetypes.
PHOTO COURTESY OF JAMES HAMMONS

In a land where Joshua trees minister like prophets — arms outstretched in a frozen embrace — and boulders pyramid skyward in sublime veneration, muses ride Harleys and creativity lives in the space between shadow and light. There are no limits to artistic expression in the Hi-Desert; the canvas is as wide and open as the terrain itself. Here, artists who teeter on the fringe of convention find comfort in like minds and the freedom to serve only one master: the authentic self.

“I feel like artists have become indentured slaves to the galleries,” says artist James Hammons, sitting at a corner table in Natural Sisters Cafe in Joshua Tree. “There’s a natural censorship to capitalism. Up here, there’s an edge you don’t find down below [in the Coachella Valley]. You can live for a lot less and do things you normally might not do, because you don’t have to paint or draw to the crowd.” James Hammons' “Tender is the Night.”

Hammons’ art hangs on the cafe’s walls in vivid testimony to the creative liberty he enjoys. Primitive drawings emboldened by bright colors characterize much of his work, which Hammons says is inspired by Jungian archetypes and “a cave wall 10,000 years ago.”

A recent work titled “January” depicts a mermaid, the mythological temptress (or “nixie” in Jung’s vernacular) known to lure men to watery deaths, enjoying a moment to herself as she bathes in a desert hot spring. The artist’s favored medium is “whatever makes it work,” including conventional materials such as oil and acrylic paints to sand, Indian ink, and even nail polish. Hammons, who moved to Joshua Tree 14 years ago, often spends entire days hunkered down in remote corners of Joshua Tree National Park waiting for the stimuli that will spark his next creation. “The light almost penetrates you,” he says. “The subjects I’m looking at, they glow. It’s like a psychedelic experience, but without drugs.”

If he sees something during his meditative foray in the desert, Hammons lets it simmer within. If he’s meant to transpose the experience into art, he receives a visual message encouraging him to paint. “The color scheme and the main focal point come into focus, and I mark it,” he says. “The line or curve that starts the process, that first stab into the luminescent realm, is the transition of an entity ready to fall off a cliff. That’s the moment I want, because it’s the perfect moment.”

Hammons believes that the environment — all that you see, hear, smell, touch, and everyone you meet — delivers an experience removed from the self-induced monotony of daily living. “Sometimes, I’ll go out into the park, far away from the touristy sections, and sit for 12 hours, and I won’t move,” he says. “Every single moment is magical, only we don’t recognize it because we’re so used to it. You can live a lifetime in five minutes, if you let yourself. It’s like diving into a pool of God.” Noted wildlife artist Karine Swenson finds religion in the subtle opulence of the seemingly fallow terrain that lies beyond her Joshua Tree home. Her stirring oil-on-canvas paintings of desert animals attract collectors around the world.

Moving eight years ago from the mountains of Colorado to the Mojave Desert, Swenson says she was initially surprised by the variety of creatures that survive in this arid environment. “I was like a lot of people who think there’s nothing here, that it’s barren,” she admits. “And yet, the desert teems with life. I was so captivated by the wildlife — rabbits, coyotes, roadrunners, bobcats, desert tortoise — that I decided to study them. That’s how it all started.” She began painting portraits of rabbits, which she saw almost daily outside her window or during her frequent hikes, illustrating the marked differences within the species. “I was painting tiny, skittish cottontails and huge jackrabbits with enormous ears and lots of attitude,” she says with a laugh.

Swenson applies her formal training in portraiture and human figure drawing to the animals she honors through her art. She diligently researches the habitat and behaviors of her subjects and views each creature as a sentient being with emotions, fears, and desires similar to her own. “I imagine they think and feel like we do,” she says. “I want to know the sounds they make, what they eat, where they sleep, and how they give birth to their young.

“Painting for me is how I see the world,” Swenson explains. “When I look at an animal, I see myself. That’s what I’m trying to capture.” “This Charming Man” by Karine Swenson.