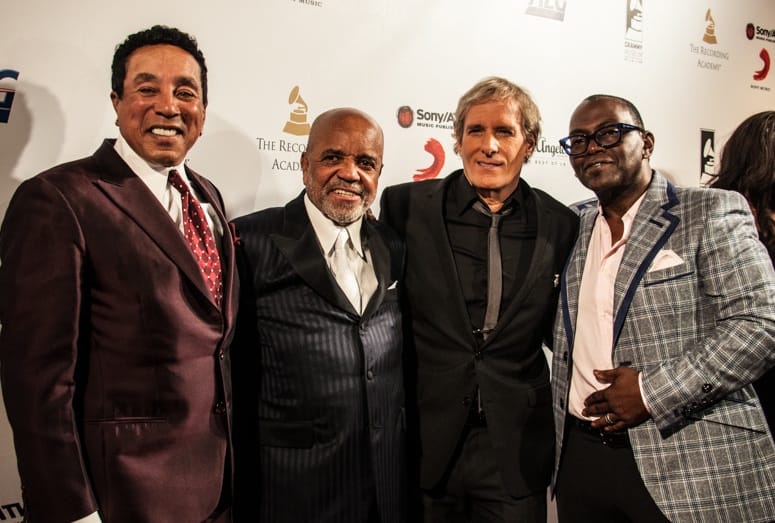 Words continue to shape Michael Bolton’s life both in song and in print.

After publishing his first book in 2013, The Soul of It All: My Music, My Life, the Grammy award winning singer/songwriter chose to make the endeavor more personal for his fans by recording an audio version.

“I’m always moved when my fans share stories about certain songs that marked important moments in their lives, or got them through the hard times,” says Bolton.

Bolton will again connect with his audience April 12 when he sings with the Desert Symphony as part of its 25th anniversary gala at McCallum Theatre in Palm Desert.

He plans on singing his greatest hits, a few select songs that “influenced him as a kid” off his newest album Ain’t No Mountain High Enough: A Tribute to Hitsville USA, plus an aria, “Nessun Dorma” that reflects the impact of a past performance with Luciano Pavarotti.

Is this your first performance with the Desert Symphony at McCallum Theatre? If you have played here before, do you have any favorite moments from those performances?
“This will be my first time performing at the McCallum, but I’m excited because I absolutely love performing with a symphony, and the venue is beautiful. I also have a lot of great friends who live in the desert, so I’m really looking forward to having them come to the show.” Given that you are both an original, unique songwriter, yet love to play classics like Otis Redding's "Sitting on the Dock of the Bay", is there one special song you like to include in each of your live concerts?
“I always include the magnificent aria Nessun Dorma from the Puccini masterpiece Turandot. This song marked a pivotal point in my life and career. I was invited by Luciano Pavarotti to sing with him in Modena. The opportunity was beyond thrilling and daunting. I immediately began studying, not only Italian, but opera. That discipline changed the way I used and started protecting my voice. Vocally, it is one of the most challenging and inspiring pieces of music I have ever sung.”

Most people know you for your serious side, but in 2011's The Lonely Islands video for Jack Sparrow, you stole the show. How did you become involved?
“I don’t know where the notion started that I was a serious guy. I’ve always been the class clown and a prankster. I did, however, become very focused and disciplined about my career because it took me 18 years of persistence before I achieved success. It’s been really fun to showcase my sense of humor. The Lonely Island guys (Andy Samberg, Akiva Taccone, and Jorma Schaffer) approached me about the project after using one of my songs in a film that Jorma was directing [MacGruber]. They had already written the song with me in mind, and were brilliant and awesome to work with both in the studio and on set.”

What are your biggest Motown musical influences?
“There are so many songs that came out on the Motown label that I love.  When I was selecting music for [Ain’t No Mountain High Enough: A Tribute to Hitsville USA] it was an impossible task to narrow down over a hundred songs on my playlist. I would say that Smokey Robinson, Stevie Wonder, and Marvin Gaye are among the artists whose songs have influnced me."

Do you spend time in the Palm Springs area?
“If I ever carve out enough downtime, the Palm Springs area is a place I like to golf, especially at my spectacular west coast home course, Toscana. La Quinta has been one of my favorite resorts to stay at for more than 20 years.  Since it’s close to LA, I can easily get back for meetings or projects when work calls. It’s also not far from where one of my daughters lives, so I always look forward to seeing her and the newest member of our family, her son Dylan."