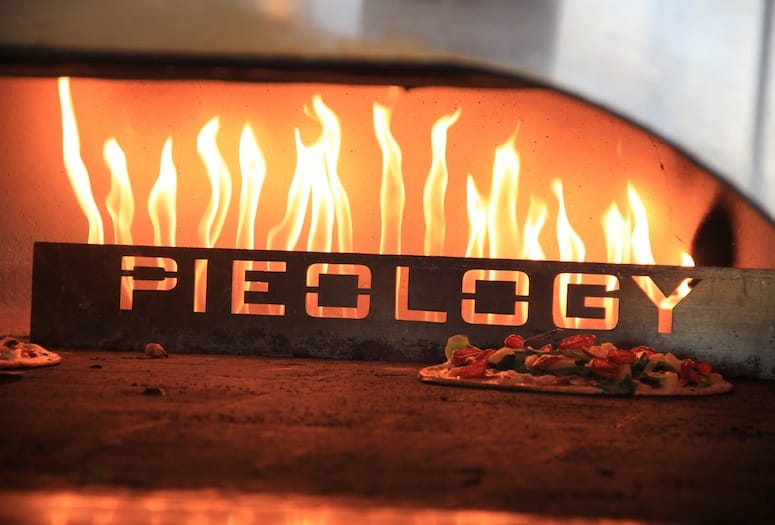 Pizza is America’s most popular food.

No, we have no science to back up that statement, but we dare you to deny it’s true. According to an admittedly biased poll by CiCi’s Pizza and reported in the New York Daily News, the average American devours at least 6,000 slices of pizza during the course his or her lifetime.

That’s a big appetite, but the Coachella Valley is up to the challenge of feeding it.

“In the restaurant industry right now, nobody’s really captured the Chipotle of pizza,” says James Suer, general manager of Pieology in Rancho Mirage. “Nobody really has captured the pizza segment, so we’re all kind of racing. We’re all trying to listen to the public, to see what everybody wants.”

Blaze Pizza was the first of the new wave of outlets to open in the Coachella Valley — in Palm Desert in early June. It seemed to start a chain reaction of quick-casual, customizable pizza restaurants. 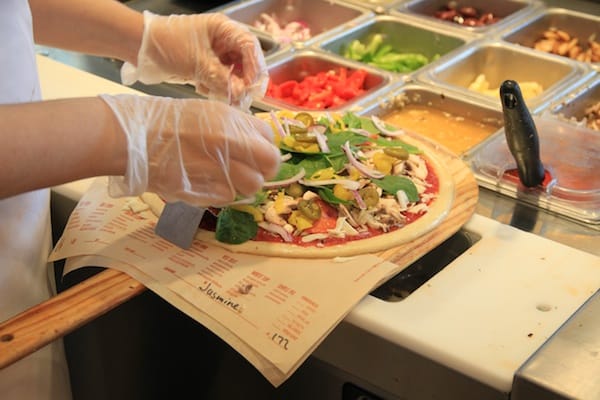 Customizing your pizza drives the attraction closely followed by convenience. 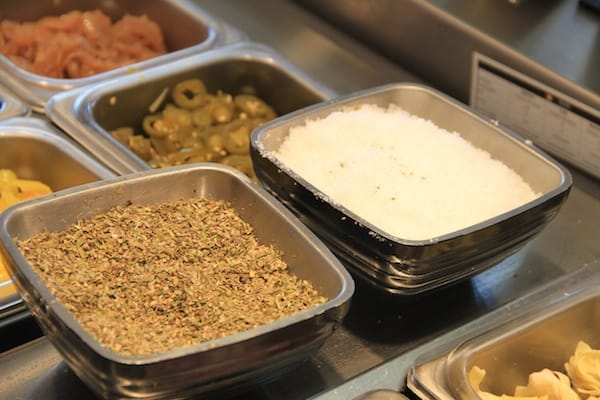 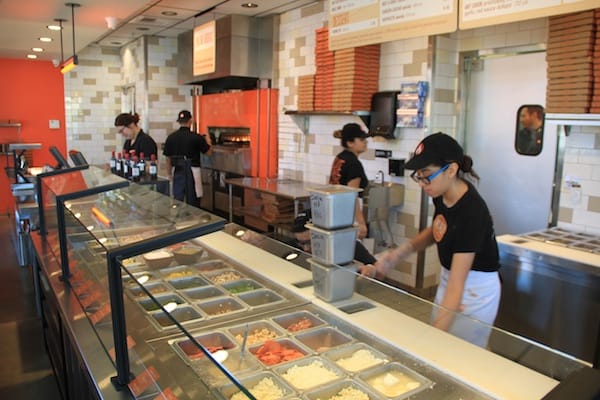 Although Blaze food is prepared quickly, it’s also “chef driven,” says Stein. The executive chef is Brad Kent, former owner and chef of Los Angles’ Olio Pizzeria, a long time anchor of W. Third Street. “He went through 30 different sea salts before he found one that he thought was best to sprinkle on the pizza. He’s totally quality driven,” says Stein.

Blaze makes its dough daily for use the next day. Customers can view the dough-making process through the dough room window.

Pie lovers can modify the restaurant’s signature pizzas or build their own from scratch. In addition to Palm Desert, Blaze Pizza has outlets in Cabazon, and one on the way in downtown Palm Springs.

VIDEO: Watch and listen to how Your Pie in Indio dresses its pizzas.

Down valley, find Your Pie in Indio, serving custom pizzas since the grand opening in mid-July. Your Pie claims to be first in the world to serve, brick-oven baked, customized personal pizzas quickly. Its first restaurant opened in 2008 in Athens, Georgia.

Scott Burr, a former golf pro in the desert, and his wife, Andrea, a former nurse, looked at several franchise opportunities before choosing Your Pie for its focus on quality. 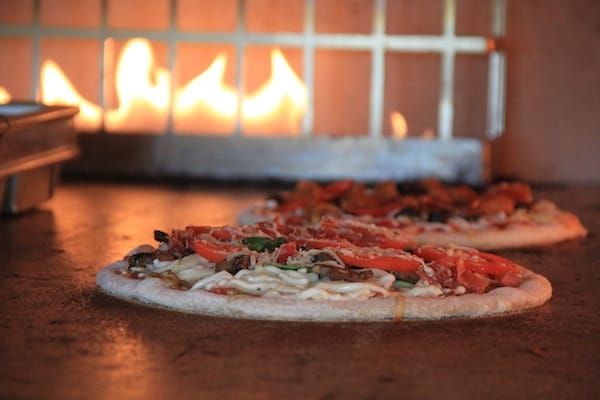 Your Pie claims to be first in the world to serve, brick-oven baked, customized personal pizzas quickly.

Andrea Burr is partial to Your Pie’scustom paninis, salads, and the family feel of the franchises. And is there a better marriage than pizza and beer? Your Pie cultivates the relationship with 10 taps in the intimate bar area, and it participates in a craft beer series five times a year, each one lasting about 10 weeks. Currently, it’s “The Pitmaster,” with Firestone Walker, featuring barbecue pizzas that host pulled pork and roasted balsamic onions.

With the valley about to begin the busy season with events like Desert Trip and Modernism Week Fall Preview, it’s only fitting for us that October is National Pizza Month.

Approximately 3 billion pizzas are sold in the U.S. each year, and Americans consume about nearly 250 million pounds of pepperoni annually, according to The Week. Independent pizza operations account for 54.3 percent of all pizzerias in the country, up 1.1 percent from the 2013 figure of 53.2 percent, reports CHD Expert, which conducts research for the food service industry.

Pieology hopes to be the first with an open-flame oven that can bake a customer’s pizza creation in less than three minutes. Suer, however, believes it’s the dough and sauce that sets his operation apart. They make the sauce fresh, every day, and it marinates at least 12 hours. 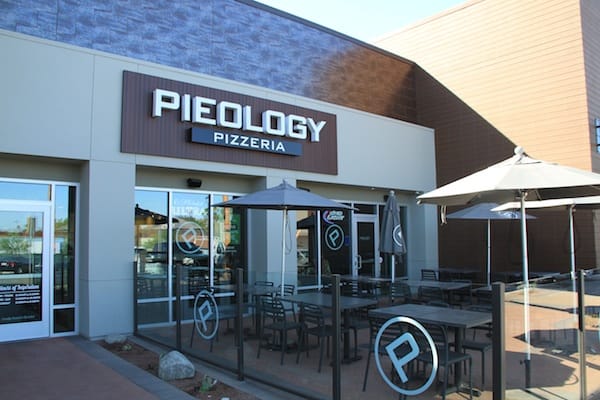