My wife Emily comes from a long line of Illinois farmers. They rose at 3:30 a.m. and worked until it was time to come in for a proper breakfast. While Grandpa waited for the eggs, bacon, pork chops, biscuits, pancakes, potatoes, and cornbread to arrive, he would eat an entire fruit pie. As an appetizer.

Though the expression “as American as apple pie” suggests pies are a domestic invention, they were widely enjoyed in the ancient world. Sweet pies were consumed during the reign of Ramses II (circa 1279 B.C.). The first written recipe for pie came from first-century Rome; it called for a mixture of goat cheese and honey, thus suggesting the Romans were responsible for cheesecake.

Evidently, the concept of a delicate, edible crust is a fairly recent addition to the evolution of the pie. In medieval England, the crust (possibly just a combination of flour and water) was called a coffyn, the purpose of which was simply to provide a baking receptacle for the sweet or savory concoction it contained. It was essentially inedible and probably discarded after it was well saturated. That’s not to say that pastry crusts as we know them did not exist several centuries ago, but refined flour was a luxury enjoyed by the wealthy, so a flaky Pillsbury-type base was not accessible to the masses.

Pies really picked up speed in the American colonial era. Native Americans showed settlers which berries to preserve; these fruits made their reappearance months later baked into pies. Because of a shortage of flour (and innate frugality), settlers eschewed the rectangular pies of their native island, instead trimming off the corners and using a round, shallow tin … thus creating what is now universally described as pie-shaped, as well as the expression “to cut corners.”

The savory pie (such as the frozen-aisle favorite, the chicken pot pie) owes its existence to Cornish miners. Their lunch of choice was the Cornish pasty, a hearty wedge of meat, potatoes, and veggies that could fuel a man for hours.

For me, a fresh fruit pie (especially warm and à la mode) is the quintessential pie experience. In our valley of winter abundance, it is unconscionable not to take advantage of this bounty and eat pie to our heart’s content. But hurry — Lent is just around the corner, and we all might have to pay a little penance for our indulgence. 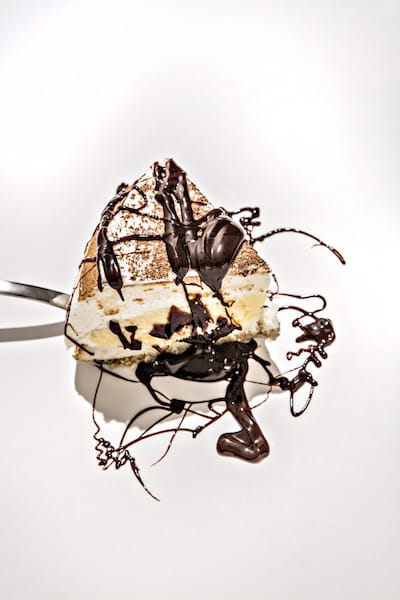