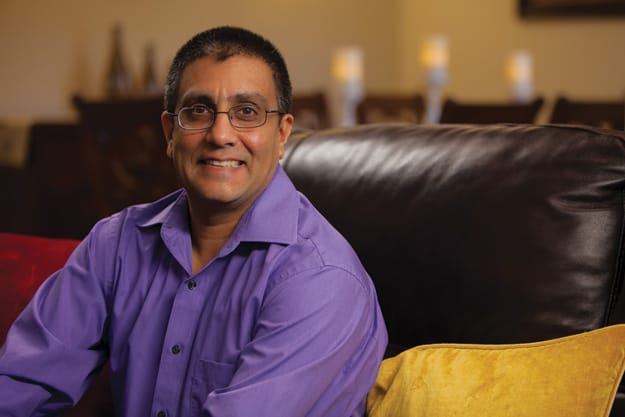 “Ever since I was 4 years old, I wanted to be a doctor,” says Dr. Bhagwan Moorjani, the Coachella Valley’s only board-certified pediatric neurologist. “The brain always fascinated me, and I love children. I figured the best thing would be to combine both — children and the brain — and that would be a great specialty.”

Moorjani, his wife, and 4-year-old son moved here from Buffalo and Washington, D.C., and opened the Hope Neurologic Center in La Quinta in March. (His wife named his practice “hope,” because it is giving families with epilepsy hope for the future.)

“I have a lot of relatives in California, and an opportunity came up in the desert,” he says. “There was no pediatric neurologist, or epileptologist for that matter, in this region. There was a need in this area, and that prompted me to look into it more in detail. After talking to my wife, we decided that this may be a good opportunity to set up my own practice, and that’s why I moved to the desert.”

Moorjani is board certified in neurology with special competence in child neurology, as well as clinical neurophysiology. After 15 years in practice, he also completed training in pediatric neuroimaging. This, he says, helps to ensure that he can “look at the whole picture,” by combining his clinical knowledge of pediatric brain conditions and imaging.

About 70 percent of Moorjani’s practice is devoted to pediatrics, treating conditions such as headaches, epilepsy, autism, AD/HD, developmental delay, and neuromuscular diseases, along with dementia, dizziness, and strokes in adults.

Advances in the field, he says, include genetic studies on the causes of autism, along with research into mitochondrial diseases, metabolic diseases, and AD/HD. “Twenty years ago, there were maybe about six or seven medications [to treat epilepsy],” he says. “Now, we have more than 25 medications.

“Epilepsy surgery is something that’s also being done,” he says, for patients on multiple medications with intractable epilepsy — an option he hopes to bring to the Coachella Valley. “Over the next several years, I’m hoping to make the field of epilepsy bigger into the region, bringing in other subspecialists, so that we can manage patients here, rather than send them out of the desert.”