Big and Rich Bring the Right Musical Mix to the Desert 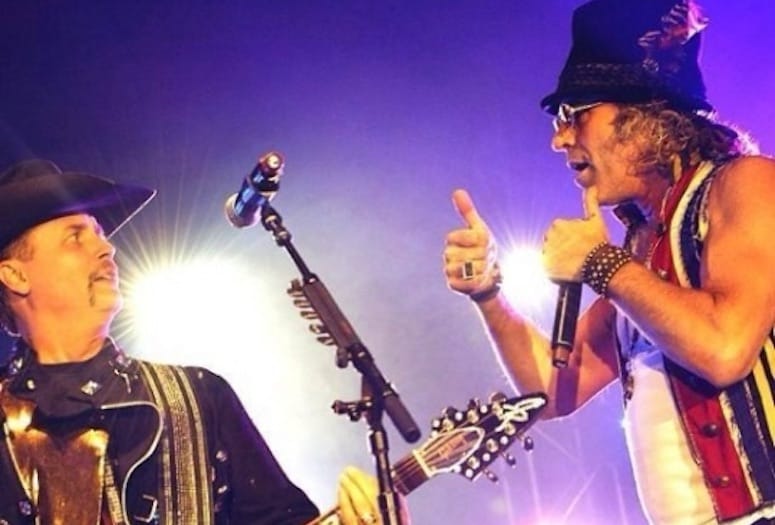 For over a decade, Big and Rich have blazed an indelible trail in modern country music, not simply by breaking the rules, but by setting them on fire. Beginning with their 2004 debut album, the triple-platinum Horse of a Different Color featuring the hit “Save a Horse, Ride a Cowboy,” Big Kenny Alphin and John Rich have captivated both country and rock fans with their sterling songcraft and high-energy live performances,

But there’s no such thing as a perfect partnership and no career is without a few bumps the road — even for one of the successful duos in music history. In a recent interview ahead of their Oct. 25  performance at Fantasy Springs Resort Casino, Rich opened up about their songwriting process, leaving a major record label, and why people will always be inspired to chase their “California” dreams.

Tell us about your early musical influences, both in country and rock ’n’ roll.

My earliest musical influence would have been my dad, who was a preacher and also a great singer and guitar player. He played guitar and sang in church, and taught me how to play the guitar when I was about 5 or 6 years old. He was my first influence, so a lot of gospel and music he listened to, which would have been Johnny Cash, Roger Miller, Tennessee Ernie Ford, Johnny Horton, and some of the other greats from the ’50s and ’60s in country music. And then when I became a teenager I started listening to more rock ’n’ roll stuff, for instance Back in Black. That AC/DC album was one of my favorite rock records. Aerosmith is one of my favorite rock bands… Tom Petty. So you know, when you combine with some old school country it makes for some interesting songwriting. And that’s how you wind up with songs like “Save a Horse, Ride a Cowboy” and “Comin’ to Your City” — you can definitely hear the rock ’n’ roll blended in a way that hadn’t really been done before.

You first crossed paths with Big Kenny while you were in Lonestar. How did you know that he was someone you wanted to work with?

I left Lonestar after meeting Kenny in Nashville. A little bar in town where he was playing a set, Big Kenny music — which was not country, not rock, not folk or pop. It was just Big Kenny music. Really highly creative, energetic music. I found it to be extremely interesting, possibly someone that’d be fun to write with. Like this guy had no limits on what he would say and how a track could sound. Which to me was energizing, because at that point Lonestar was a pretty defined thing and whatever you wrote had to fit into that Lonestar equation. With Big Kenny, there really was no equation. Whatever felt good and sounded right, that’s what we went with.

What are the biggest challenges of being a duo and how have you and Kenny made it work?

Duos are harder than a band, and duos are harder than being solo. The reason for that is — especially if you have two dominant personalities co-existing — it’s harder because there is no democratic voting process. In a duo, if you both don’t agree on something then it’s not happening. And so for Big & Rich, Kenny and I have to be on the same page with whatever the decision is — from creative to business. Have to be in lockstep or it does not happen. The good thing about the two of us is we have different perspectives on things so it works well. If Kenny thinks something is a good idea but I don’t, there might be a good reason he hadn’t thought of. That also works vice versa. Something I want to do, he might point out some particular angle I hadn’t thought of. We’ve probably kept us from making some bad decisions over the years, and conversely if we both agree something is a good idea, it probably is.

"...at that point Lonestar was a pretty defined thing and whatever you wrote had to fit into that Lonestar equation. With Big Kenny, there really was no equation. Whatever felt good and sounded right, that’s what we went with."

“Comin’ to Your City” has been the theme to ESPN’s College GameDay for over a decade. How did that come about?

“Comin’ to Your City” was written in a room of 10 college students who had come to Nashville to learn about the music industry. Kenny and I had been hired to show them how a song gets written. This was before we had any hits or a record deal or nothin’ like that. We thought it’d be an interesting challenge to find out where each of these 10 students were from and write something about their hometown. I remember one person was from Cincinnati and they said, “Everyone in Cincinnati eats Skyline Chili.” OK… We went town to town, and decided to put the song together highlighting each of these towns. Well, that really worked well with this ESPN program College GameDay. They’d go to the town of one of the big teams each week and broadcast live from there. And they told us “Comin’ to Your City” is the perfect song. Being a huge college football fan I was excited to hear that. Now “Comin’ to Your City” has been the theme song for 12 seasons — hopefully many more.”

In 2014, your started Big & Rich Records. Talk about the factors that motivated you to go independent.

Big Kenny and I really had a lot of run-ins, disagreements with major record labels — big companies. Big & Rich, we don’t operate well under highly structured situations. Especially situations that don’t allow for new ideas to be explored. A lot of record labels run like any big corporation, they don’t like change, they don’t like curveballs, ideas that they didn’t come up with. So in 2014 Kenny and I decided we didn’t need a record label anymore. We’d like to own our music, own our publishing, and call our own shots, and fund it ourselves — which obviously is a gamble. But to us it was a strong move and we’d rather win or lose on our own ideas, our own judgment calls rather than a record label making decisions on our behalf that fail. Which is what was going on. So we stepped away from Warner Bros. music and started Big & Rich Records, and haven’t looked back.

“California” is about a person chasing their dreams. What inspired it and why is California a metaphor?

That’s a song that I co-wrote, and I think it probably pertains to a lot of small-town people, like me growing up in Amarillo. You always feel like there’s something out there that’s better than where you’re from and you want to experience it. The grass is always greener concept. And people end up leaving some of the best towns in America in pursuit of their happiness and their dreams, and that’s their right. They should do that. And some of them actually get it. So this song is about a girl who’s doing exactly that. It’s sung from the point of view of the guy that’s getting left behind and she goes to chase a wild dream. And I think that’s a pretty common thing that happens in our country. You don’t have to be in the entertainment business; people definitely pull up shop in small towns all the time and move to far-away places to chase down their dreams. And you know, I always applaud people like that who have enough nerve to risk failure and the unknown to go after something they feel is their dream.