“An act, gift, or statement that is intended to show gratitude, respect, or admiration.” That’s how the Oxford English Dictionary defines “tribute,” and an assemblage of blue-chip singing and storytelling talents will personify the term in a series of McCallum Theatre performances honoring a constellation of our greatest stars.

It begins old-school style Jan. 15 with Legends of Palm Springs, Volume 5. Tribute artists will recreate the looks, comedy, and song styling of Jack Benny, George Burns, Carol Channing, Bobby Darin, Bob Hope, Mary Martin, Elvis Presley, and Andy Williams. This fifth edition of the show will “allow people to relive the heyday of Palm Springs when all the stars came here to see and be seen,” says  Jeff Norman, McCallum’s vice president of communication and public affairs. “It’s a nostalgic trip tailor-made for a town that celebrates its midcentury modern culture.”

Bob Anderson, hailed by everyone from Tony Bennett to People magazine as the world’s greatest singing impressionist, returns to the McCallum for the fourth time Feb. 14–15 with his award-winning, Broadway-bound FRANK.  The Man. The Music. In this you-have-to-see-it-to-believe-it performance, Anderson — in more than $80,000 of prosthetic makeup — leads a 32-piece orchestra playing original arrangements by Sinatra.

“I want the younger generation to leave their high-tech world behind and travel back to circa 1970 and Sinatra onstage at Caesar’s Circus Maximus Showroom,” Anderson says. “Frank was the hippest, coolest saloon singer that ever lived, and I rehearsed five days a week for a year to get every facial tic, every vocal nuance, all of his physicality as accurate as possible. This is the closest you’ll ever witness to seeing Sinatra live onstage.”

The night after Sinatra exits the building, Cole Porter and — wait for it — Madonna enter. Australian singer/piano man Michael Griffiths, who has been called “obscenely talented,” makes his second McCallum appearance Feb. 16. (Two years ago, he performed his tribute, Cole, here.) The striking tenor reincarnates Porter once again at 2 p.m., and then gives the Material Girl’s catalog a witty rethink with droll commentary while at the Steinway in In Vogue at 8 p.m. 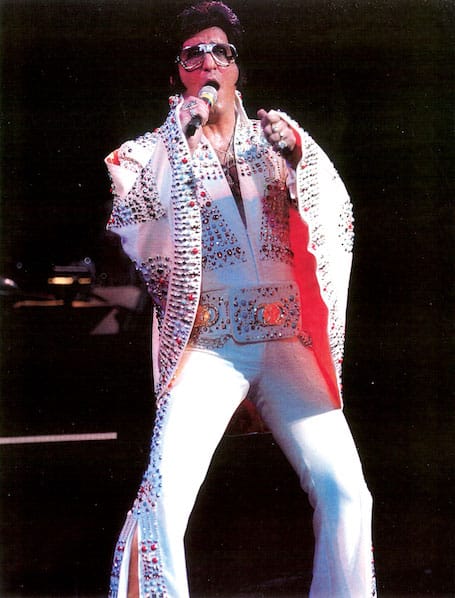 On Feb. 27, tribute performers from Vegas’ 37-years-a-hit-and-still-packing-’em-in Legends in Concert troupe will bring Whitney Houston, Celine Dion, and Barbra Streisand to living, belting color at matinee and evening shows in their Divas blow-out. If you want to dance with somebody, be there.

Then, Feb. 29, direct from the Apollo Theater in New York, A Tribute to Ella Fitzgerald, features pedigreed jazz stars, including artists who worked with the Queen of Jazz herself. “In 50 years of attending live concerts, this was the greatest spectacle I’ve ever seen,” Russ Musta swooned in DownBeat magazine. The show — starring Patti Austin, David Alan Grier, Monica Mancini, Wé McDonald, and Brianna Thomas — begins with a recreation of Fitzgerald’s Apollo Amateur Night debut and win in 1934 and proceeds to cover every era of her career.

“We’re celebrating the greatest jazz singer of the 20th century direct from the stage where it all began,” says Gregg Field, the show’s writer, director, musical director, and drummer — an eight-time Grammy winner and Fitzgerald’s drummer in the 1980s. “This is a unique show in that it’s not just some artists who heard about Ella; this is firsthand: It’s scripted by people who worked with Ella or knew her. Patti worked with her. I did, too. And Monica [Henry Mancini’s daughter] knew her personally. When Monica steps onstage she talks about knowing what a humble woman Ella was and how lonely she was — how when she sings a lyric, like “They’re writing songs of love, but not for me,” it’s from the heart. Our tribute is cool, hot and very emotional. Be prepared to cry.”

You might need tissues again April 4, when the McCallum hosts the world premiere of A Toast to Steve Lawrence and Eydie Gormé. “Steve and Eydie are beloved by our audience,” says Terry Dwyer, the theater’s new CEO, acknowledging the performers’ longtime popularity here. “To have their son come here and put together a show with all of their original arrangements is going to be glorious.” 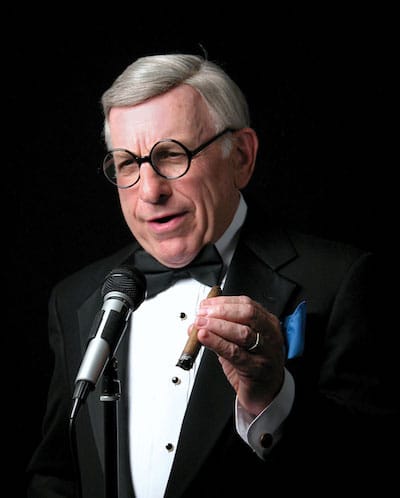 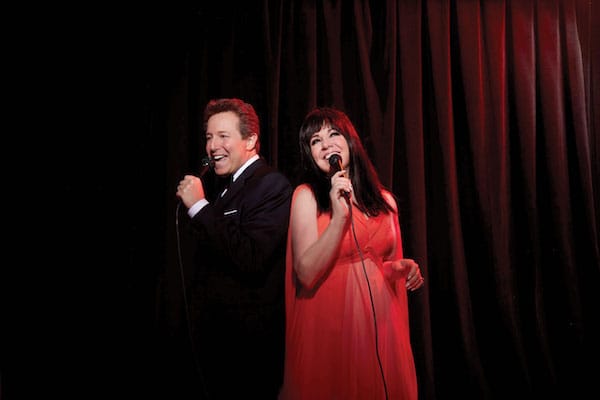 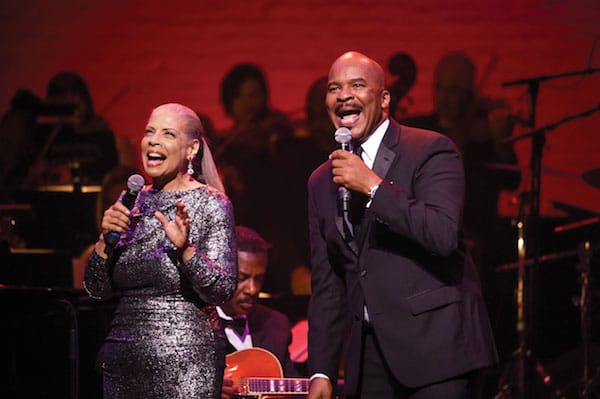 Last September, the younger Lawrence released a solo tribute album, Nossotros, spotlighting his mother’s commercially boffo series of Latin crossover LPs. “I’m on this legacy kick,” he says. “My mom passed in 2013 and my dad [who’s 84 years old] has been diagnosed with Alzheimer’s. So it’s become very important to me that people don’t forget my parents. They were incredibly important in terms of their interpretations of the Great American Songbook.

“Year before last, I asked my dad for permission to use all of his and mom’s orchestrations for this show,” Lawrence says. “He said, ‘Go for it, kid!’ I’m really looking forward to singing his giant numbers, ‘Start of Something New’ and ‘Come Back to Me,’ as well as ‘A Room Without Windows,’ one of my all-time favorites. Debbie does a killer ‘If He Walked Into My Life,’ and I’ll be telling personal anecdotes no one has heard — and I may even pull out some of dad’s dusty old jokes to show how funny he could be. We’re very, very excited about premiering our tribute at the McCallum.”

• READ NEXT: McCallum Theatre Plays Will Make You LOL. Find Out Why.