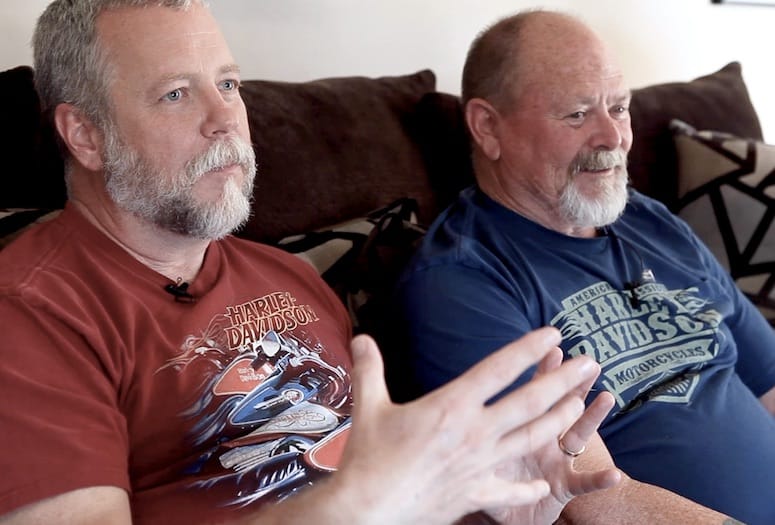 When seven gay male bear couples are put in front of a camera and asked about what really goes on in their long-term relationships, something candid is bound to happen. Yet a deeper look behind Cohibernation, a documentary celebrating its West Coast premiere at Cinema Diverse, the Palm Springs LGBTQ Film Festival, reveals surprisingly heartfelt revelations about the journeys these couples take and what it’s like for gay men who establish relationship tenure.

In the process filmmakers Brad Griffith (Snowfall, Curb Your Enthusiasm) and Matt Rose offer something downright thought provoking with their outing, showcasing what happens when gay men become adults in relationships.

“I noticed that a lot of gay films I saw were about getting into a relationship or the end of the relationship and that we didn’t have a lot in the queer community of what it’s like to be in a relationship for a long period of time,” says Griffith.

A dinner with Matt and his fiance sparked the collaboration to move forward with the idea. At the same time, the 2016 Presidential campaign was beginning to eat away at psyches near and far.

“One of the main sticking points was … I think Hillary Clinton said something along the lines of how Barbara Bush had done so much for gays during the AIDS crisis and I was like, ‘What? No!’” says Rose. “It was this period of doubling down on this notion that it was up to us to record our own history with knowledge.” 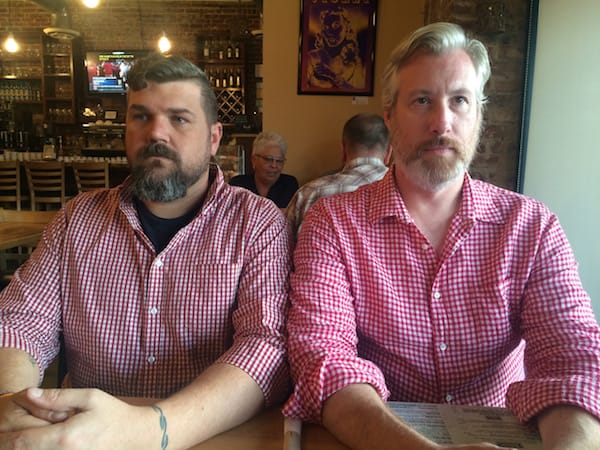 The filmmakers also had today’s youth in mind as an audience that could find the stories beneficial.

“What if a kid who has only had hetero-normative representation in Kentucky had no idea what it was like to be in a gay, loving relationship because their only examples were based on stereotypes,” Rose adds. “There’s much more to it than that and much more to explore with what happens after you get the guy.”

It’s a powerful discernment and one that the filmmakers managed to effectively pull off: That after the initial allure of dating may come commitment. In some cases there may be 30-40 years of real-life to deal with –everything from finances to marriage counseling to cancer to immigration issues, and many other real-life events.

So far the buzz has been good on Cohibernation, which premiered at the Vermont Bear Film Festival last year.

“I noticed people coming out of the film and saying, ‘Oh, it’s normal,” Griffith says. “I know that’s a loaded word, but while a lot of gay works makes sense – gay as the dramatic engine or the problem – for a lot of people and most of the people we know, the issue in life and relationship isn’t about being gay. It’s about this other stuff we explored: People from different cultures and countries, dealing with depression, dealing with children.

“Those are all very relatable things that we deal with as whole gay people,” he adds. “All of our stuff in relationships isn’t necessarily that we’re gay.”

• READ NEXT: Where to Eat in Palm Springs.

As for the other couples featured in the doc, Griffith and Rose reveal that Esteban and Leo’s relationship journey is particularly intriguing.

“One of them is Columbian, the other Mexican,” Rose says. “They are looking from things from a standpoint of here in America they’re just Latin, but they each come from a different culture so who they are and what they say, the other person may not necessarily like or be OK with. They showed us there is conflict in that.” 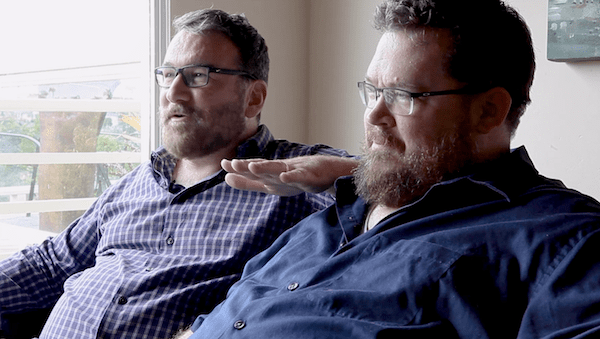 This revealing and, at times, enriching homage to commitment arrives with lovely takeaways, too. One of them should be bookmarked: When it comes to relationships, find somebody you can be yourself with.

Cinema Diverse runs Sept. 19-22 at the Palm Springs Cultural Center, 2300 E. Baristo Road. Griffith and Rose will be in attendance for the screening at 3 p.m. Sept. 22. A bonus weekend will be held Sept. 27-28 at Cathedral City’s Mary Pickford Theatre. Check out the entire Cinema Diverse schedule at psculturalcenter.org/filmfest.