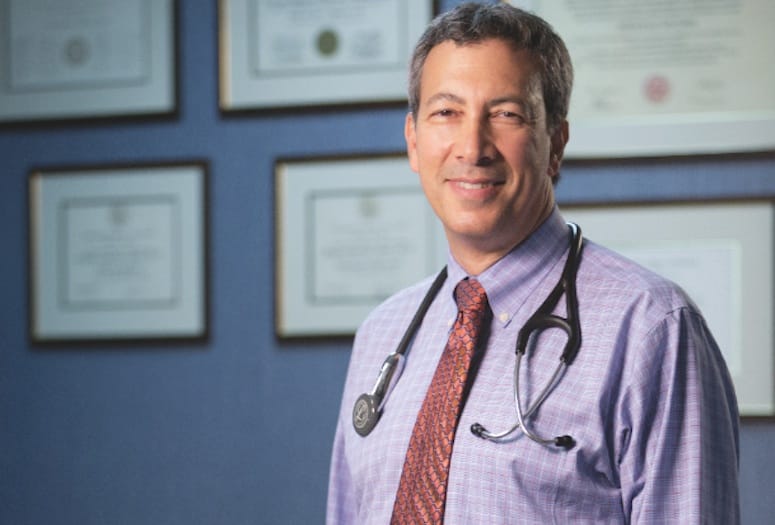 Most people think that nephrologists treat only kidneys or just offer dialysis.

Let Dr. Bryan L. Stone explain his branch of medical science, and he enthusiastically describes nephrology as a full-body concert.

“We don’t isolate to just one organ, the kidney,” says the co-founder and one of the chief physicians at Desert Nephrology Medical Group in Palm Springs. “Nephrology is about how chemicals move throughout the body, how electricity is generated. Many of the key features of the body’s homeostasis come from the kidney and its surrounding area. We see how the heart interacts with the kidney, the kidney with the heart, the lungs … everything has to work together in unison. It’s a whole symphony.”

The stepson of a nephrologist, Stone says medicine is “like a detective story,” and began thinking about becoming a physician when he was in high school.

“Somebody has a problem and you have to break it down into pieces and try and figure out what’s going on,” he says. “It was just like those novels we had as kids: Encyclopedia Brown and Sherlock Holmes.”

Stone usually begins his current investigations when a patient arrives as a referral.

“That means that another doctor, a very bright person who is used to dealing with complex matters, has evaluated this patient and says, ‘OK, this problem that I’m seeing, I’m not getting a full picture of it.’”

At that point, Stone and his team conduct numerous lab tests and examinations before making a diagnosis and prescribing a treatment plan.

Desert Nephrology Medical Group has been instrumental in bringing home dialysis to the Coachella Valley. But the greatest strength of his clinic, Stone says, is teamwork — not unlike the symphony of nephrology itself, to borrow his metaphor. The patient is a key member of this team.

“We spend a lot of time communicating with our patients,” he says. “When they leave, they need to know what the problem is, what we’re going to do about it, and what their expectation is for the future. We’re very concrete about those things. Once they’re on board, we’ve completed the team.”