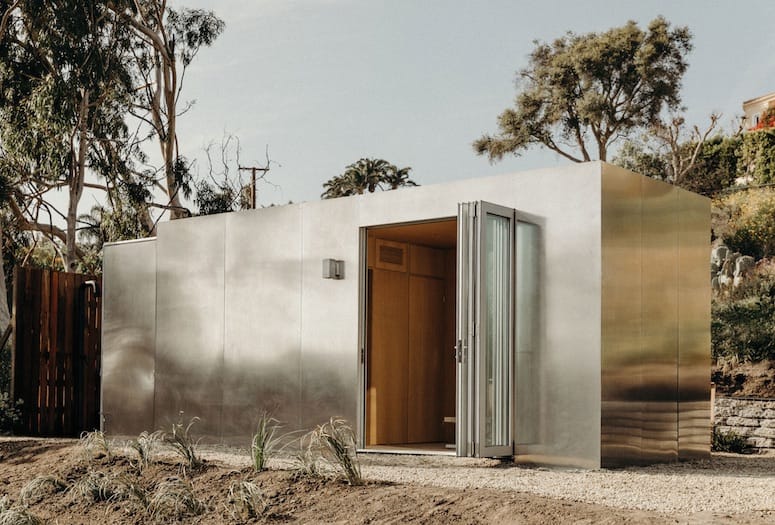 You can do a lot with 160 square feet — create a splashy poolside cabana, set up a sleek backyard guesthouse for the in-laws, even design an artist’s studio in the middle of the High Desert. The possibilities seem endless, and that’s part of the genius — and progressive mindset — behind the Buhaus, a shipping container-turned-tiny living unit designed by architect Douglas Burdge and builder Nate Garnero.

The name, which combines Malibu and Bauhaus, captures the dwelling’s clean-line, function-over-form aesthetic (a nod to the 20th-century architectural movement) as well as its backstory. Malibu-based Burdge and Garnero were inspired to design a more fire- and heat-resistant structure after the 2018 Woolsey Fire that devastated much of Los Angeles and Ventura counties.

“There were a lot of homes [during the fires] that had shipping containers they used for storage on their properties,” Burdge explains. “The containers didn’t burn down because of the steel, but everything in them did.” 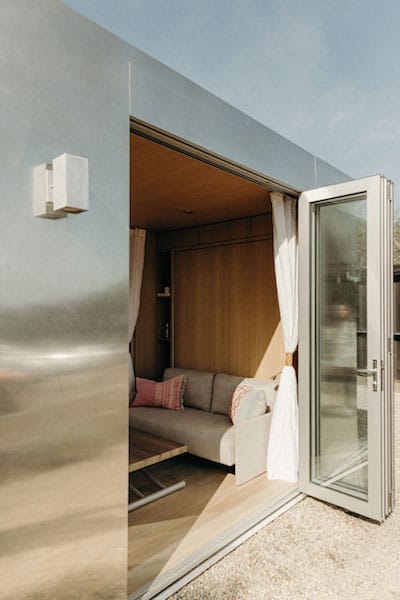 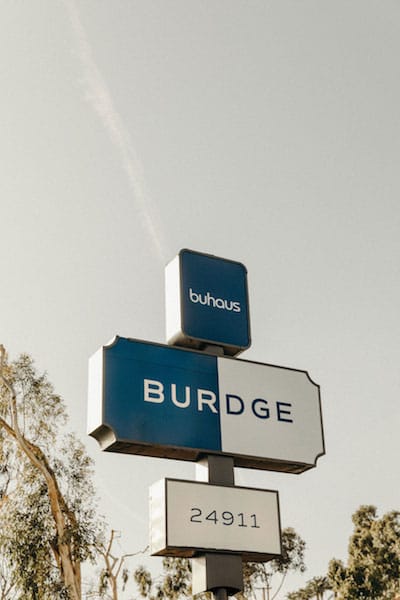 Burdge and Garnero, who have years of experience repurposing shipping containers, designed the Buhaus with an air gap between the outer aluminum skin and inner steel frame, inhibiting the transfer of heat by causing the sun to reflect more off the exterior. “It’s really for climate purposes,” Burdge says, adding that the Buhaus can go off-grid with alternative energy. “If somebody wants to be in a field and have a generator and a solar panel, they can.” 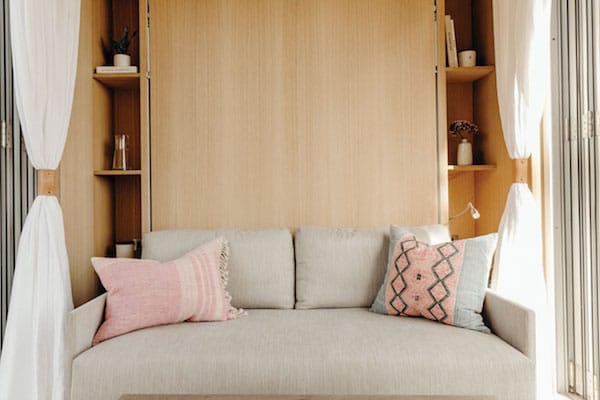 Creating a small live/work unit that is simple and useful yet retains a degree of luxury was important to the designers — which is partly why they do not to allow customization of the overall floor plan: each unit comes outfitted with a Murphy bed that provides a cozy spot to sleep by night and then easily transforms into a hide-able desk or space for a couch by day. Bifold doors open on one side to reveal an outdoor waterfall shower, and white Corian brightens the bathroom. It’s basically a mod hotel room.

Buyers can, however, tailor certain finishes to their taste, such as the color of the interior oak paneling and the exterior aluminum. More importantly, Burdge and Garnero have designed the Buhaus to adhere to California energy codes and new wildfire standards, and it only needs to be placed on 6 inches of compacted base. “It’s ready to go and be plugged in the moment it gets dropped off,” Garnero says. “You can start adding your toothbrush, your bedding, etc.” 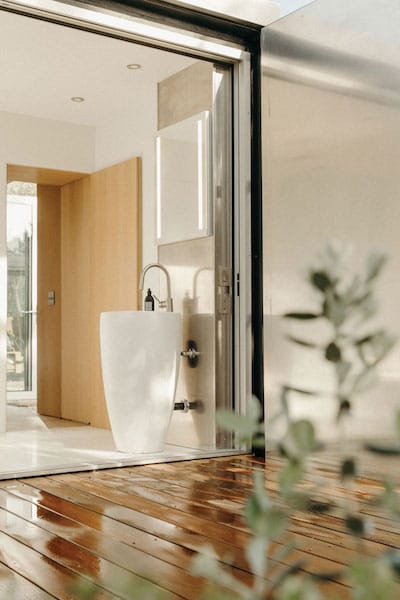 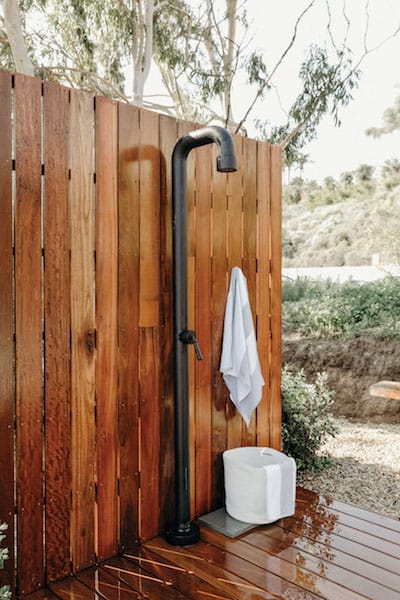 The public got a first glimpse of the Buhaus, which start at $96,000 (not including shipping), during Modernism Week in February, when Burdge and Garnero stationed one of the containers outside the Palm Springs Convention Center. “We have something fun here,” Burdge says. And its sleek, minimal form mirrors the modernist aesthetic of Palm Springs, seamlessly blending indoors and out. Despite its spaceship-like appearance, which may seem eccentric when juxtaposed with the barren desert landscape, the Buhaus belongs in places like these for its sustainability, stylishness, and practicality; it’s almost a futuristic archetype of desert living.

As more states follow California’s lead in allowing property owners to have auxiliary structures up to 1,200 square feet, the trend for shipping container units like the Buhaus will likely grow. “Ultimately, we’re looking to be on Amazon, so you would just click a button,” Burdge says. “It’s like, ‘Oh, hey, I want some toilet paper, I want a book, and oh, I want a Buhaus.’ ” 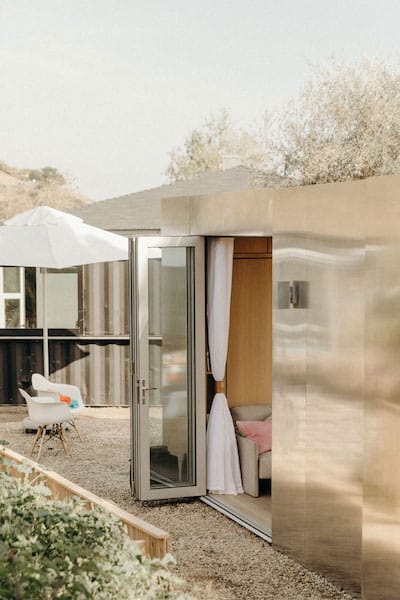