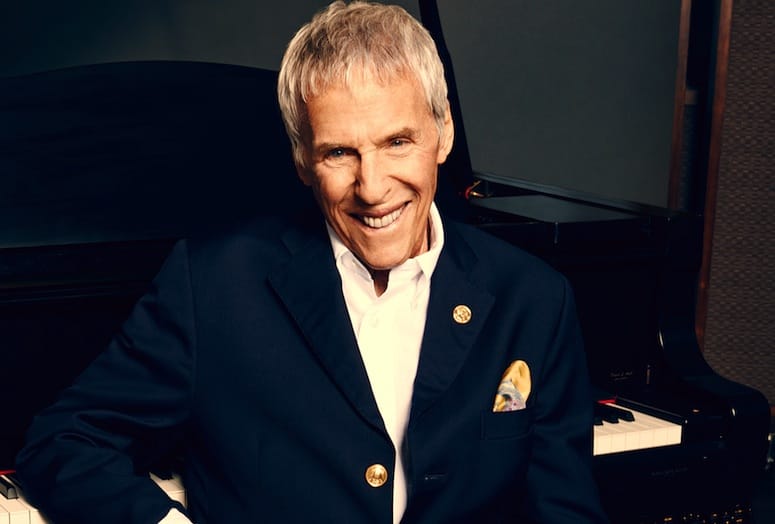 A young man fresh out of the Army, Burt Bacharach found himself driving out to Palm Springs.

The rental near the Racquet Club, where he was to practice accompanying Vic Damone, marked a special time for Bacharach. Though it was Damone’s return concert they prepared for, Bacharach was also coming back to the music world he had missed while serving his country.

Whenever Bacharach gets the chance, he and his family still come out to the desert. A thoroughbred owner, his horses run in Thermal whenever he ships them down from Malibu for a show. He fondly recalls “Heartlight”, named after his hit song, as the finest champion horse he has owned. Enjoying his private time, the legendary composer has spent time in the desert throughout the years staying in Palm Springs at Two Bunch Palms. His other favorite place to dine and stay overnight is at Fantasy Springs Casino, where he will perform Feb. 22.

Which of your artistic collaborations has been your favorite throughout the years?
"I love what I did with Bob Hilliard, Hal David, and Steven Sater, who was a good writer and we did a musical together, Some Lovers. So maybe we’ll do a song from that at Fantasy Springs."

Do you have a planed set list, or will you make it up that evening?
"We kind of make it up. Depends on what the requirements are and if we can get the audience to sit for eight hours! (Laughs) We try to give people what they want. If they know my music, they [get] what they expect to hear."

Do you have any songs that were challenging to write that stick out for you?
"Alfie. Certainly Alfie. I just try to make the song the best I can. I’m not a fast writer. Not a four songs kind of day writer. Something like Alfie took me three weeks to set Hal Davis' lyrics to. I wanted to make it as perfect as I could make it. That’s what drives me…I want to make it as perfect as I can."

When you were working at the famous Brill Building, did they want you to write four songs a day?
"No. We wrote songs at our own pace. You don’t get awards for the amount of songs you wrote. You get rewarded by the specialness of the song. Every month, for 12 months you wrote a song, but you always made it as good as you possibly could."

What helped you decide to perform your own music?
"In Beverly Hills, a member of the charity committee came to me, I was having much success with my first album then, and she said, ‘Will you perform at the Beverly Hilton at the charity event?’ I grew up conducting for different acts. I was used to performing, but not at the forefront. I would be in the back, conducting for Marlene Dietrich mostly. See the world with Marlene!"

How did you get that gig?
"A friend called me. He had a job with she and Noel Coward in Las Vegas at the time and he couldn’t do both. I did it for a number of years and traveled around the world. I went to Russia, Israel, and South America. The music, well, kinda sucked, but Marlene was great to me and it was a great way to see the world."