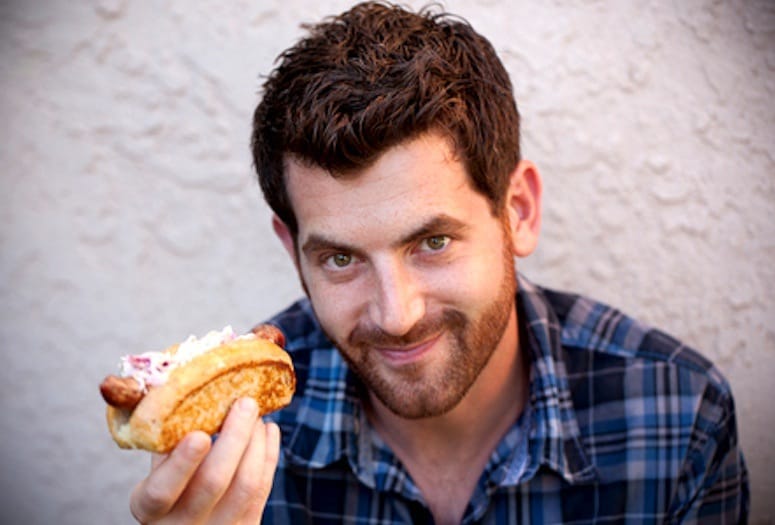 “To ignore me at Oktoberfest would be like going to a Food and Wine Festival and only drinking water…or going to an Italian food festa and eating fried chicken. It’s just not right. It’s the one holiday festival where you can celebrate sausage!” – celebrity Chef Adam Gertler.

Gertler will bring his cooking talents and sausage samplings to Octoberfest Palm Springs from noon to 6 p.m. Oct. 19 at the Spa Resort Casino in downtown Palm Springs. The event will be held in the casino's parking lot on Calle Encilia.

Well known in foodie circles for his “willingness to do anything for a great meal”, Gertler has experienced serving food at Jose Garce’s Amada restaurant in Philadelphia to culling oysters on a cold sea deck. He is a gifted cook, restaurateur, and entertainer having hosted or appeared on shows for The Cooking Channel, Food Network and the Fine Living Network, including “Kid in the Candy Store” and “The Next Food Network Star”.

It was during his gig on "Will Work for Food" that he learned to make sausage in of all places, Texas. Now, he’s created his own selection of wurst sausage, tackling the crowded sausage market with unique flavors for “Gertler's Wurst”.

“While my wurst doesn’t have traditional German flavors, its inspired by German history and culture. Some of the best BBQ’s in Texas, for example, make their own sausage influenced by German immigrants,” says Gertler, who appeared at Palm Desert Food & Wine back in March.

Oktoberfest Palm Springs will feature live entertainment, food and wine tasting booths and more than 50 German and Bavarian beers and micro-breweries. The event will be infused with vendors and performers in traditional Bavarian dress for a European style festival, and benefit Court Appointed Special Advocates (CASA).

Using a food processor instead of a sausage grinder, he will roll the meat into balls “because smoking and casing the sausage can be intimidating,” he explains. The balls will then be encrusted with panko, deep-fried, and readied to serve.