Dana Goldberg Stays True to Herself, and Comedy 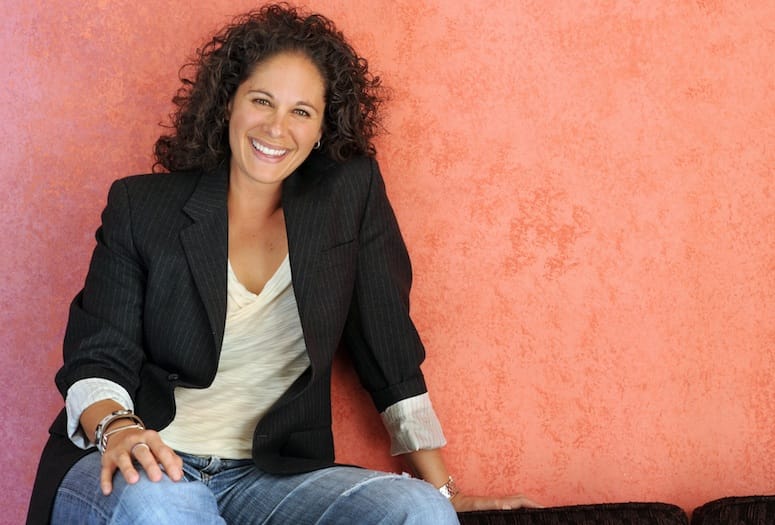 Dana Goldberg won her high school talent show at age 17 with 10 minutes of her own comedic material.

“I saw an 8 track tape recently, and no joke, I had a tie and jacket on…I looked like Paula Poundstone,” Goldberg recalls.

Knowing that she wanted to pursue comedy, she didn’t really “find herself” until years later at a comedy event in Albuquerque, N.M., “when she heard the crowd roar as I hit my first joke.”

Today, Goldberg has shared the stage with the likes of President Barack Obama, Lady Gaga, Jane Lynch and the cast of “Glee”.  She has channeled her humor into humanitarian efforts to raise funds for HIV/AIDS and bring national attention to the fight for LGBT equality.

Goldberg will share the stage at 7:30 p.m. Sept. 14 at Azul Tapas Lounge in Palm Springs with comedians Nico Santos and Henrietta Komras in the restaurant's "Comedy Night" event.

Palm Springs Life had a chance to catch Dana between cell phone tag, her Mom’s birthday celebration, and changing airplanes.

How did your siblings influence your comedy?
"I came out at 18 and was fortunate to have a supportive family. My brother is gay so I tell my (straight) sister, “as long as you act gay in public, we won’t have a problem.”

Who or what inspires your comedy?
1. I find my humor in humor.
2. Comedy is challenging. You have to find your internal motivation and I found I love it.
3. I used to listen to Comic Relief tapes with Whoopi Goldberg and Billy Crystal.
4. My colleagues inspire me and keep me in awe. I learn the most from my comedic peers, and they inspire me to keep doing what I’m doing.

Is there a difference playing to LGBT or straight crowds? Does your material change?
“I don’t edit myself. I live in my own authenticity. All comedians change their material to keep it fresh, but I don’t think it is a conscious decision to be “out” on stage if you remain authentic to yourself. That being said, sometimes a gay crowd has heard so much gay themed material that a straight crowd will react differently. A good joke can make it OK for anyone to laugh with you, be in the moment and be given permission to share your experiences with you. If I’m funny, no one cares about my sexual orientation."

Why do you think your humor is relatable and/or funny?
"I’m not a mean comic, so I don’t make people uncomfortable. If you take away the pronouns, everyone goes through the same stuff. We all share human experience. I feel I am really good at relating this and not alienating the audience."

You are definitely a philanthropist with your charity work, would you consider yourself an LGBT activist?
"In a sense, I feel I have a voice that can reach a mass amount of people. For example, I love working at universities and the younger generation. I like to raise money for AIDS and the Human Rights Campaign is near and dear to me. It’s nice to know that when something historical happens, I have had a part in making that shift."

On that note, with the historic rulings on DOMA and gay marriage, how do you think playing to the LGBT community will change?
"I’ll get to write some new jokes. And while there is a sigh of relief in one respect, there is more fight. So much needs to be done for transgender awareness and acceptance, even within LGBT community."