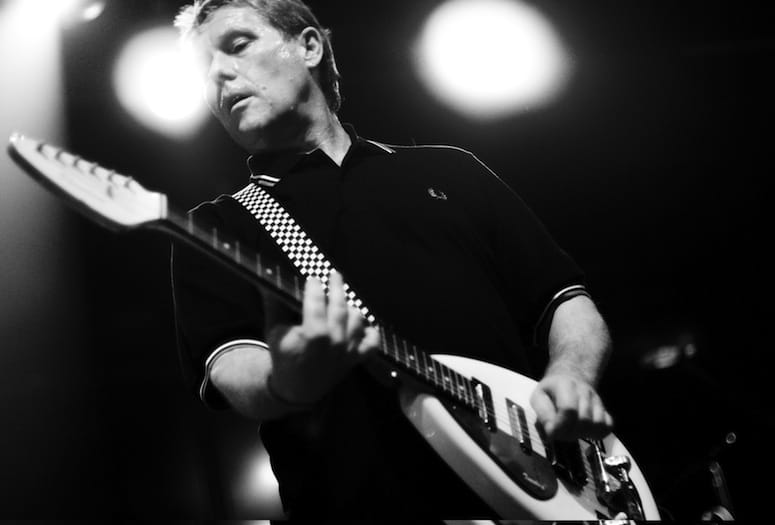 The “real life” most of us experience is completely different from that of musician Dave Wakeling.

Everything else seems surreal until he steps onstage into the glittering lights.

As a famous British Two Tone SKA musician in The English Beat and later as half of the popular duo General Public, Wakeling has had his share of the limelight. Founded in 1978, The English Beat is currently finishing its fourth studio album with Wakeling at the helm.

Their writing talents have inspired covers of Save It For Later by friends like Pete Townsand of The Who, and most recently Pearl Jam during its 2014 tour. The English Beat invades The Hood Bar & Pizza in Palm Desert on Jan. 16. Wakeling took time out of his recording sessions to speak with Palm Springs Life.

As a Southern California resident, have you spent much time around Palm Springs?
"When we used to go out there, I believe it was a club called The Icehouse. I’m excited about [this tour]. We’ve played a great number of shows in northern California, but now we are going to play around Big Bear, Riverside, and Palm Desert. We are looking to conquer the Inland Empire, and one day, the desert will be ours! (Laughs)"

What is the title of the new album?
"The title is Here We Go Love. It had a working title, but we’re not using that anymore. This is more passionate,  and the artwork for the album is a painting of me as Pierrot the Clown sitting on a crescent moon with a small tear in my eye singing lullaby’s swinging, surrounded by purple mountains with flowers. Tears of a Clown, aye? As long as I don’t need to wander around onstage in white silk pajamas! I’m a modern day Pierrot, where I have a white peacoat and long shoreman’s hat, like a On The Waterfront look."

Are you happy with the new album so far?
"I took a deep breath because everyone I sent these songs to says they are great. I think they really stand up with the best songs [of English Beat] to date. I’m really pleased with it. I think there’s four or five hits on there to be honest. It’ll make a lot more people want to come to concerts, see us, and hear our songs."

Which song off the new album is your current favorite?
"Well, we just put out a video on PledgeMusic.com/theenglishbeat of a live version of the song, Everytime You Told Me. Our Pledge Music campaign fully funded [our album] and it’s still open for donations. We had it on Facebook, got a few hundred 'likes', and some smashing comments about the song itself. The song is going down tremendously live. People dance to it like it’s a long lost faded tune that they can’t remember who made it, but always loved it. So I like that one very much at the moment, [but] we are still working on it."

Pledge Music brings you closer to your fans it seem?
"There are still fabulous deals to be obtained on there. We just started to ask half a dozen fans to come hang and sing back up vocals on a song."

Great idea!  Did you come up with it while in the studio?
"Yes, thanks. I just thought it would be different than anything else. Anybody can come and talk to me at a gig, more or less, if they want to. I thought of things that would be different or exciting for people. The first guy was a book editor from New York and we had a blast! It was a great afternoon."