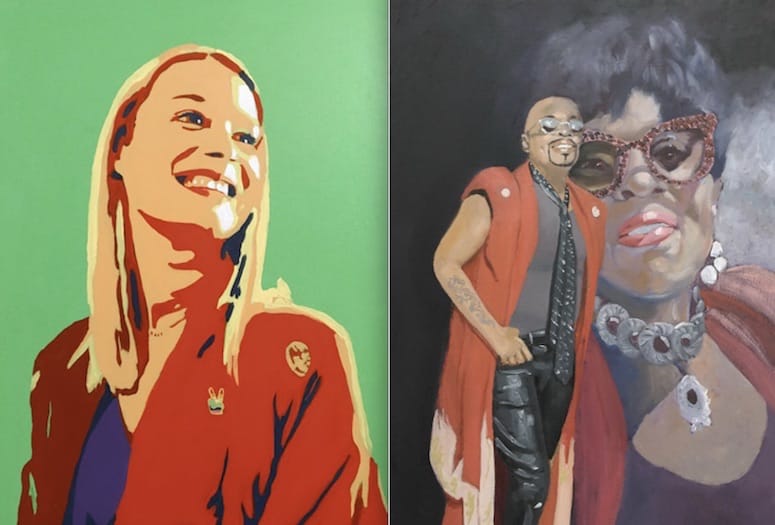 The color red has taken on new meaning for valley artist David Fairrington.

A little over a year ago, the color allowed Fairrington, who teaches at Desert Arts Center in Palm Springs, a chance to let his female subjects make a statement about who they were.

The Red Kimono 1 Project offered more than a dozen different looks, but when it was over Fairrington thought he was done with the traditional Japanese garment that he had gotten from a friend cleaning out her studio.

Then in talking with friends, he found a new purpose for the red kimono. He began by approaching Palm Springs Mayor Rob Moon, and asked if he would pose while wearing the kimono as a lead subject for Red Kimono Project 2 featuring LGBTQ subjects.

“Without hesitation, he said yes,” Fairrington recalled of the meeting in the mayors office. “From there, I got more people based off of that.”

An additional distinction in Project 2 was the subject’s ability to determine how the kimono would be used in the pose. In Project 1, Fairrington asked the female subjects to only wear the kimono.

“When I went to the Mayor, he told me, ‘I’m not taking my clothes off,’ “ Fairrington says. “That set the stage of everything. You could wear it any way you wanted to, just so it helped promote whatever statement you were going to make about yourself. The mayor wanted to be stately. Some were very playful with it.”

“The exhibit is a testing ground to see what reaction people have to the show and if I can garner more people to pose,” Fairrington says.