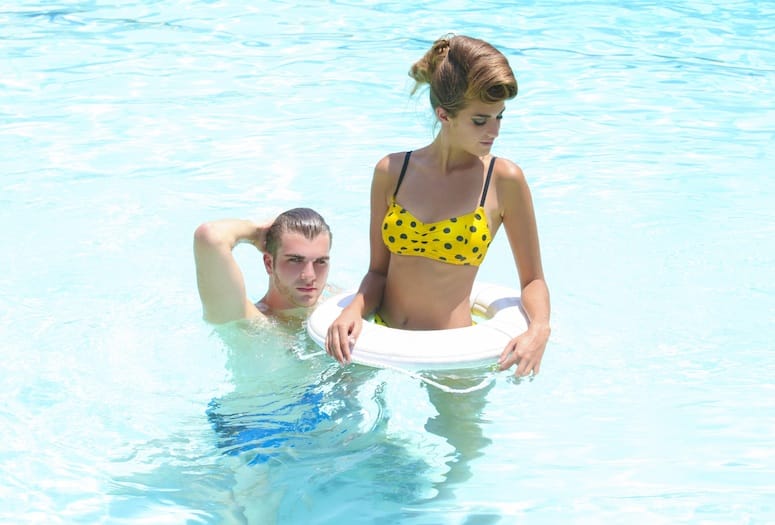 During the 1980’s Wesley Eure, like many, lost his gay friends to the burgeoning AIDS epidemic.

At the time, Eure, himself, was keeping his homosexuality a secret in order to keep working in the entertainment industry.

“When the AIDS crisis hit, it devastated me,” says Eure, pictured at right. “There was nothing I could do, and I swore I would give back and show gratitude for all of us still here. I knew this is what I wanted to do.”

• played the role of Michael Horton on NBC’s Emmy award-winning soap, Days of Our Lives.

• originated the character, Will Marshall, on the epic sci-fi series, Land of the Lost.

• is a stage and television producer, writer, and lecturer.

• is also a noted Palm Springs philanthropist and has received a spot on the Palm Springs Walk of Stars for his charitable contributions to the community. Now a happy, openly gay man living in Palm Springs with his partner of eight years, Eure is a regular fundraiser on the local charity scene working for a number of causes with “clients” receiving support for breast cancer, domestic violence, and HIV/AIDS.

“It’s not about any one organization but for the ‘clients’… my friends the ‘clients’,” he says. “Be it AIDS or equality, Shelter from the Storm…whatever it is, we all face tragedy, and we will all face something, someday. We will all need a helping hand.”

Eure will once again lend his hand as celebrity emcee for “Under & Out 3”, a fashion show and poolside party Oct. 5 at the Saguaro in Palm Springs.

Despite the progress to achieve universal equality in the past decades, Eure readily admits that he still gets nervous about saying he is living as an “out, gay man.”

“I kept my secret to have a career and I learned to protect that,” he says. “I, sometimes still feel the fear and angst to let go to say I am a gay man. If I have any regrets it would be that I came out, and I also regret that I didn’t come out earlier. It’s a double-edged sword because doors opened and doors closed.

“It’s still a stigma and still a fight and we are still in the middle of a revolution for civil rights,” he adds. “That’s why I do fundraisers. To honor those who went before us. Like with any civil rights of any kind…the people that suffered before us paved the way. We forget sometimes that AIDS is a killer disease. But I will never forget.”