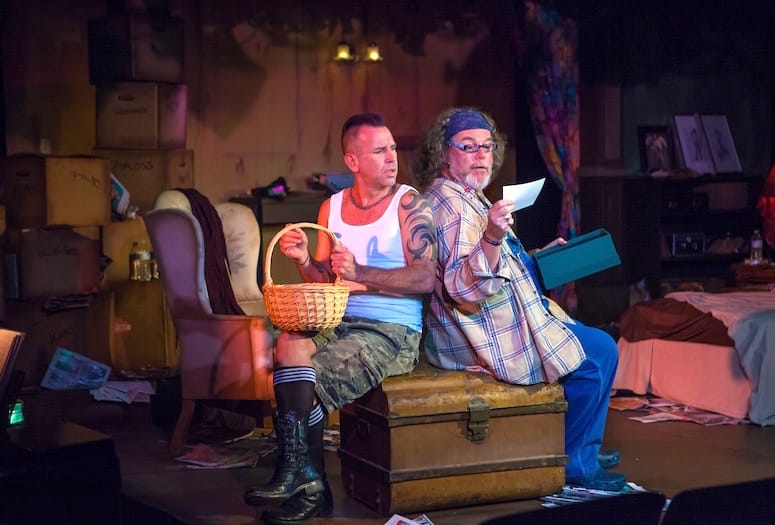 As the coronavirus pandemic has wreaked havoc on the business community by forcing many to struggle and others to go belly up, out of nowhere comes a second chance for a local theater company.

Desert Rose Playhouse, a non-profit LGBTQ community theatre company, was staring at the possibility of not having a place to call home. However, in a matter of nine days they raised $20,000 to sign a lease in the space previously occupied by Zelda’s in Palm Springs.

Since its inception in 2010, Desert Rose Playhouse has been headquartered at the former Commissary restaurant in Rancho Mirage at Frank Sinatra Drive and Highway 111. The non-profit's fortunes changed for good after the COVID-19 outbreak in mid-March forced its doors to close.

“Like any other small theater company in town, the pandemic hit us very hard with having to cancel, in essence, three shows of our six shows a year so far, and we had to do the refunds, and just all the money we had put into the show, we just lost, as far as building the sets and costumes and all of that,” recounted Robbie Wayne, Desert Rose’s producing artistic director.

• READ NEXT: 10 Films Shot in Greater Palm Springs to Stream.

Ironically, Wayne says he had been looking at Zelda’s as a possible new home after the nightclub closed in 2019 following the Palm Springs City Council suspending its conditional use permit. The club had been the site of a fatal shooting and additional issues with police involvement.

“We had contacted Michael McCormick (who owns Zelda’s) a year ago, wanting to see if possibly he would be interested in leasing the Zelda space, but he was still working on trying to bring it back,” Wayne says. “So the timing wasn't right for him. In hindsight, it wasn't right for us. We were very lucky in the fact that we didn't find a new place, because if we had done this last summer and then the pandemic happened, it would have hit us even harder than it did with us having the location in Rancho Mirage.

What did you consider Zelda’s again after you saw the For Lease sign go up at the property?

We walked in and saw that the space was just absolutely perfectly laid out for a theater. And I had never even stepped foot in Zelda's before. All of the equipment that was there at Zelda's goes with the lease. So along with this facility, we now have ice machines and soda systems and a walk-in cooler and a light booth that's elevated with an LED wall and all of the sound equipment. It all comes with the lease. And so we had to get our money together.

So we were just so humbled and thankful to the community that they all stepped up and supported the move. They just showed us that we were doing the right thing. we were pretty much in a bad situation. So we said, "Let's see if the fundraiser would work." And we raised the money to be able to sign the lease and to be able to take care of our moving costs and all of that. 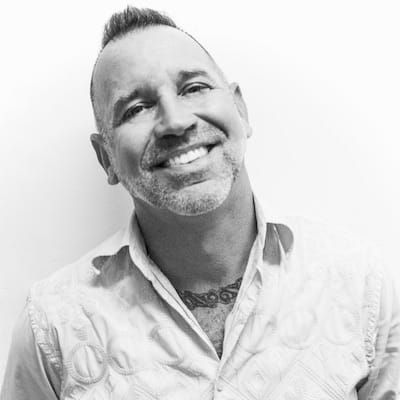 What if you had not been able to raise the money?

Our landlord in Rancho Mirage would not help us at all as far as the amount of rent while we were shut down for months at a time. So we were still responsible for paying full rent on an empty building that the government wouldn't let us use. And so I had already made the decision, "Okay, we're going to move anyway. Let's just put everything in storage." So that was what we were planning on doing if Zelda's did not work out.

It seems like the best case scenario you could have hoped for.

Exactly. That's what I'm saying. It was just, everything fell in line. And we said, "We've got to go for it." So that's what we did.

In the YouTube video you created about the space at Zelda’s, how many chairs could you fit in that space with social distancing?

We have looked at it and we're thinking we could still do 75 to 100, which is what we were doing at the other space. Zelda's had an occupancy of 700. So we're looking, with our fingers crossed, that we're going to hopefully double, if not more, our seating capacity, once everything is open completely. We have also a box seating area up there. So there's lots of opportunities for different types of events. 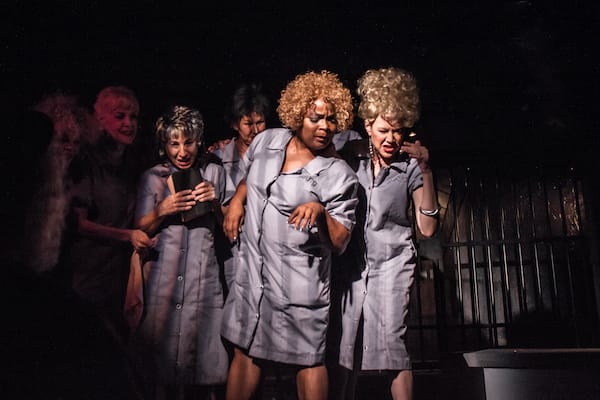 Women Behind Bars ran in 2018 at Desert Rose Playhouse.

Does the staging area open the possibility for doing different types of productions that you weren't able to do before?

The stage itself is 30 foot deep and 25 foot wide. So it's a main stage now that we can use large props or large set pieces that can roll in. There is also about a 14-foot ceiling. At the other location, we were talking a small, small space that would only take up a fourth of that. And so it just opens the possibility for so many things. The productions, with that capacity, we can now start to entertain bringing in A-List performers and their cabaret shows and their tours and things like that, that we just couldn't even consider with the other location.

In the YouTube video, you talked about the place being an arts hub of Palm Springs. What did you mean by that?

I don't want it to just be known as strictly stage plays and musicals. This could become a place to where we could showcase other artists in the area, where we could have dance lessons or cabaret shows, or we can run acting classes. We can do a lot more. It just opens up the door for a lot more opportunity for the community to have a location large enough to be able to be a part of the arts community when it's hard to find a venue for people. And I've always been open to saying that we are the community’s theater and not just a community theater. I just want people to consider this place to be more than just a theater. It's more of a center in my eyes. It's more of an arts center than just a theater.

Considering the recent history of that space and the issues that it's had with the police, from the city’s standpoint, I would imagine they're probably thrilled that you guys are taking this space over.

We have spoken with the city planning staff just to confirm our intended use, and they were very receptive to the idea. So I think that they're very excited to see this transformation of a place that, at one time, used to be pretty popular in Palm Springs, and has been there for so long, to see it take on this new breath of life and become something that is giving back to the community and giving back to the arts community, and being something positive. And that's what I want to create is something much larger than us that will be there even after we're gone.

You probably couldn’t have imagined this situation working out any better in the midst of a pandemic.

And that's the thing, it's a bittersweet thing. It really is. It's very bittersweet that it took such a horrible event to open a new door for us to have such a wonderful opportunity.

Desert Rose Playhouse is still in need of funds to transform the space at Zelda’s. To contribute, visit charity.gofundme.com.

VIDEO: View a tour of the space at Zelda’s by Robbie Wayne.