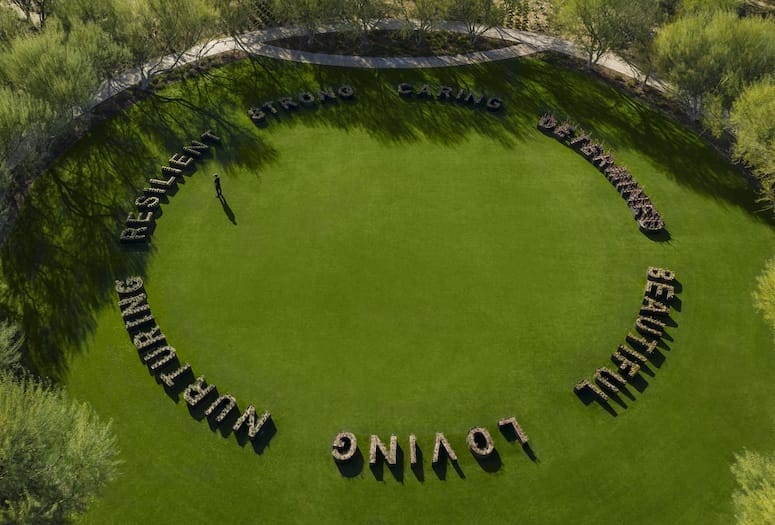 Desert X is used to dazzling its audiences with large installations situated naturally in the Coachella Valley, and now the site-specific, international art exhibition will hit the big screen with the release of a new documentary film, Desert X 2021 - The Film.

The film’s broadcast premiere will take place Nov. 3 as part of KCET’s original series “Artbound”. Preview screenings will take place at 7 p.m. (PST) Oct. 17 at the Rancho Mirage Amphitheater hosted by the City of Rancho Mirage followed by a panel and Q & A with Desert X 2021 artist Kim Stringfellow, artistic director Neville Wakefield, co-curator César García-Alvarez and film producer Zoe Lukov. A second screening and Q&A will be held Oct. 24 at the Getty Center in Los Angeles.

Free tickets for both screenings may be reserved at desertx.org. A 24-hour online preview at the Desert X website begins at noon (PST) Oct. 29 and continues until noon, Oct. 30.

The film goes behind the scenes of the exhibition, which was curated by Wakefield with García-Alvarez, offering atypical insight into newly commissioned works by 12 participating artists from eight countries. The artists are invited to explore the desert as both a place and idea, and to look deeper at ideas essential to the sustenance of the future and identity and the histories, realities and possibilities of the Coachella Valley and its many communities.

“As part of the reimagination of what an exhibition can be, who it can address and how it can be disseminated, the Desert X 2021 film is both documentary, catalogue and a unique insight into the artists, their motivations, and the specific social and physical landscape that has been the source of their inspiration,“ says Wakefield.

Desert X 2021–The Film is directed by Dylan Robertson, produced by Zoe Lukov for Desert X, with Richard Mille as executive producer.

• READ NEXT: Where to Celebrate Halloween 2021 in Greater Palm Springs.