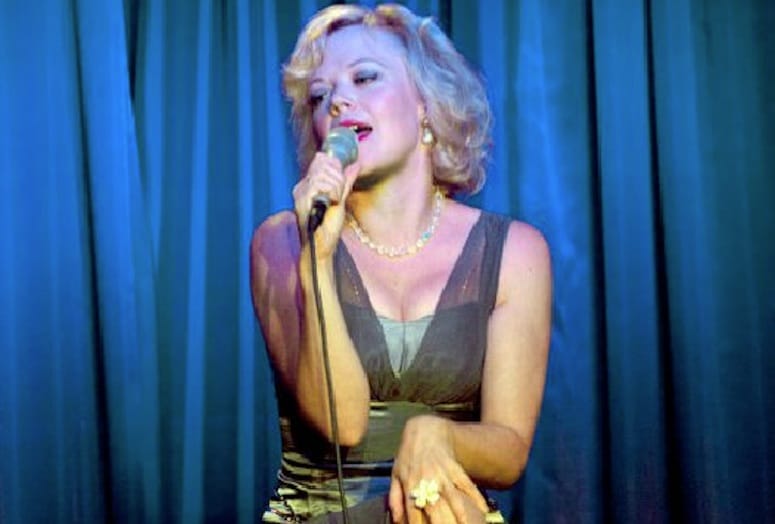 Since she was a little girl, Emily Bergl has always dreamt of being a nightclub singer.

Born in England, she moved to the United States as a child and the actress and singer admits, without hint of an accent, “You know it’s funny. I’ve always wanted to have a nightclub, and sit and sing at the piano. I don’t know where that idea came from…maybe from watching “Annie Hall” as a kid.”

Folks readily identify Bergl as being an actress well known for her film and television roles, including tragic housewife Beth Young on Desperate Housewives as well as noted parts in The Rage: Carrie 2, Men in Trees, and recently, Blue Jasmine. She currently plays the role of Sammi on Showtimes’ much acclaimed television series, Shameless. Yet, many of her on-screen fans are not aware of Bergl’s major musical chops.

Itching to do a Broadway musical, but no one knowing she could really sing, Bergl decided to create her own show and since 2010, in addition to her busy acting schedule, she’s been steaming up the nightclub circuit performing her original cabaret act, Kidding on the Square.

“I classify myself as an actor who sings,” she says. “To me, singing is just a part of acting. In my show, the lyrics tell a narrative, I have costume changes…like acting, songs tell a story and one of my greatest strengths is storytelling.”

Bergl will bring the act to the Copa Palm Springs at 8 p.m. Feb. 21 to entertain its audience with songs she describes as “centered around the songs of 1920s and 30s…some Great American songs with jazz influence. But one of the things I do is take modern songs and give them a vintage treatment. You’ll hear some Peggy Lee, Roy Orbison, and Scissor Sisters. One of my favorite things performing for a live audience is hearing a sigh or gasp at the recognition of a song that I’ve arranged in a different way.  For example, I will do Madonna’s “Material Girl” as a ballad.”

She also has some big surprises for her Copa show, including changing costumes without leaving the stage.

“In Palm Springs, I’m going to be working with Brad Ellis.” (Brad Ellis is an accomplished composer, musical director, and jazz pianist known for his role on Glee as a piano teacher/accompanist.)

A few things our Palm Springs readers may not know about Bergl:

• My ultimate goal is to become a gay icon.

• I’m president of a Fondue Club. Lately, I’ve been enjoying a Cheddar beer… paired with a nice hearty pumpernickel, some green apples, and cornichon.

• I have never done a musical professionally and I would love to do that.

• I love to interact with my audience directly, so watch out!