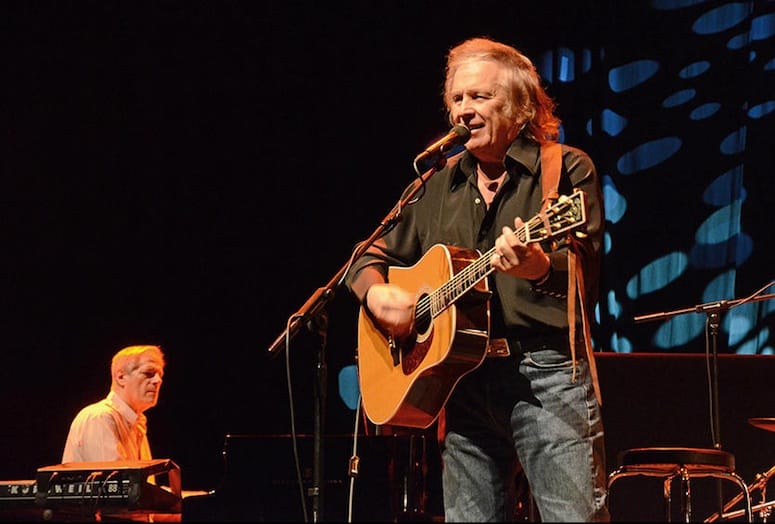 Don McLean has always thought outside the box.

“I started to write songs and I wanted to say more than just the obvious thing in a song, and that caused me to stretch my thinking," he says.

McLean is back in the desert March 17 to perform at the McCallum Theatre in Palm Desert after wowing the audience at Stagecoach last year before a swelling crowd of more than 30,000. A frequent visitor to the desert, McLean says he loves antique cars, movies at Camelot Theatres and lunch at Sherman’s Deli.

McLean rose to fame in the late 1960s with his charismatic style infused with soft tones, and highly thoughtful lyrics, distinguishing his music from the oft’ referred to “folk genre” made so popular by many of his peers. “My music is story telling in a rock 'n' roll way,” he says.

McLean pays particular attention to words and how they are used.

“I take my craft very seriously and I write many types of songs," he says. "I like to tell a story, but not with one, small, lyric or phrase going over and over. That’s not writing a melody. I’m always inspired by a beautiful lyric. Irving Berlin and George Gershwin. They could create a very polished, fine, beautiful song.”

McLean is best known for tunes like Starry, Starry Night and American Pie, but he doesn't play favorites.

“They are all like children," he says. "You love them all and give them undivided attention. I do enjoy the idea of knowing that after all these years that artists try to copy the way I sing or write or use songs.”

Contemporary rapper, Drake released a song attributed to McLean, among others, titled, Doing It Wrong.

McLean plans to release his own new album this summer, Botanical Gardens, which will feature his tale of Waving Man and a duet with songstress Judy Collins.