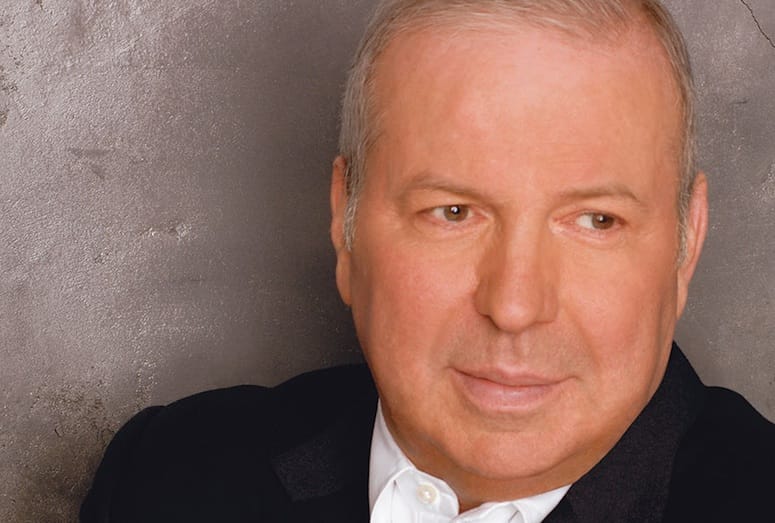 The name Sinatra holds a special place in the desert.

Famous for his voice, charitable contributions, and love of the desert, the legendary crooner Frank Sinatra and his Rat Pack have become quintessential icons reflecting the pizzazz and style celebrating Palm Springs midcentury hey day.

So it’s an auspicious occasion when Frank Sinatra, Jr. plays in town. An accomplished conductor, composer, and singer in his own right, Frank Jr.’s last album released was aptly named, That Face, but he humbly adds, “I am not famous; I just have a famous name.”

Sinatra Jr. will make a special appearance in the desert New Year’s Eve to perform at the Riviera Palm Springs for a night of dancing and revelry. Joined by his eight-piece orchestra which he dubs, “a little jazz group,” Sinatra Jr. will sing tunes from his Dad’s repertoire as well as his own.

“All of us are up to our noses in the pluses and minuses of our individual lives, and sometimes it weighs heavily,’ Frank Jr. says. “So music and entertainment is a ‘diversion’. If I can make people happy, then I am succeeding. Bringing a bit of sunshine, and I’m hoping we can do just that on New Year’s Eve night.”

While he currently resides in Los Angeles, Sinatra Jr, grew up in Palm Springs where he shared his parents’ affinity for the area’s beauty and history. His knowledge of the Coachella Valley goes beyond the obvious and in fact, he’s rather a history buff, explaining, “When it comes to this part of the world I am.” • “I hope it never gets fully developed because if it does than the desert itself and the foothills will have lost their charm.”

• “The area has a beautiful floral scent that is like nothing I’ve experienced in other places in the world. I don’t know if it’s the palms or the oleander bushes but there is a special fragrance and cleanliness there by nature.”