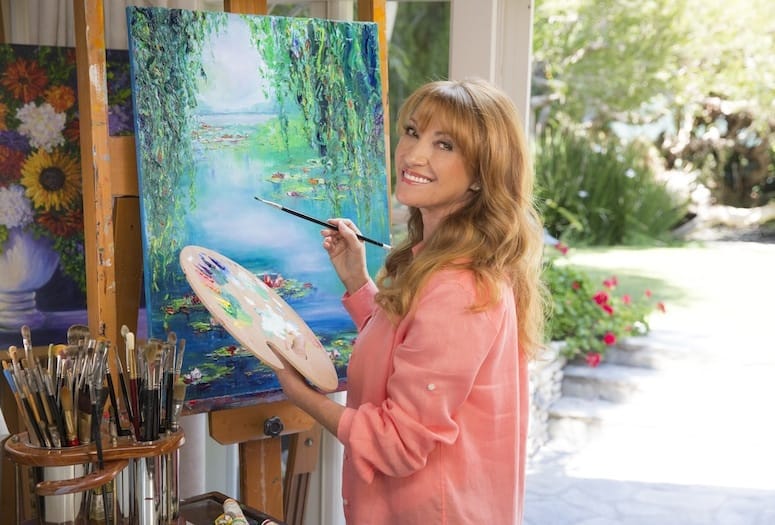 When a young Jane Seymour first came to Hollywood, she says the first thing she was not shown was the door, but a couch.

“The casting couch was shoved in my face,” Seymour says. “I was stunned by this and could not believe what I was hearing. Then there was a ‘double whammy’…I was told I wouldn’t get a part if I wasn’t prepared to do drugs with a director or sleep with a producer. I held my head up high and would never compromise myself. I went back to England and quit acting because of this.” Seymour adds her boyfriend at the time thought her pursuit of needlepoint was a waste of time and he encouraged her to return to her craft.

Imagine if Seymour chose to pursue a different career path. It’s difficult to envision such iconic films as Somewhere in Time and Live or Let Die, or the popular television series, Dr. Quinn Medicine Woman without her empowered performances.

The Palm Springs Women in Film and Television organization will honor Seymour at its 2015 Broken Glass Awards luncheon on Nov. 10 at the Agua Caliente Casino Resort and Spa in Rancho Mirage. The awards serve as a charitable benefit to fund educational opportunities and scholarships sponsored by the organization.

She will share the accolade with Joyce Bulifant, Beverly Johnson, and Donna MacMillan in celebrating these women for “breaking through the glass ceiling” in the areas of film, television, the arts and philanthropy.

• “I’ve never been afraid to break the rules.”

• “I’ve never really considered a ceiling…but always thought ‘Oh, I can do this.’”

• “In my world and my careers…it’s really been a case of moving ahead and pressing on.”

“It’s always been important for me to be a mother and grandmother and be successful with children…I juggle,” she says.

Seymour plans to conduct a book signing after the Nov. 10 luncheon.