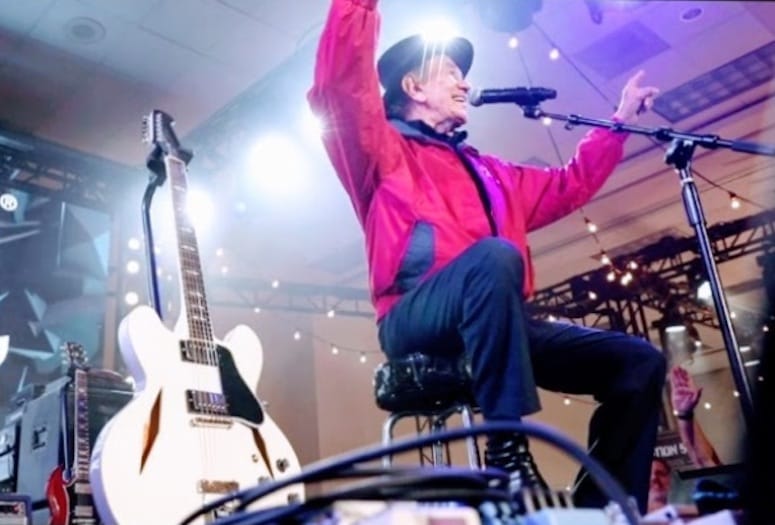 Trini Lopez may be gone, but Joe Chavira has made it his mission in life to carry on the torch of the legendary singer.

When Lopez passed away Aug. 11 of complications from COVID-19 at Desert Regional Medical Center not far from his home in Palm Springs, an outpouring of sympathy flooded social media channels. Many of the accounts to follow focused on Lopez’s career in the 1960s, when he burst onto the music scene in 1963 with the release of his debut album after signing with Frank Sinatra’s record company, Reprise. Trini Lopez Live at PJ’s included such indelible hits as “If I Had a Hammer” and “La Bamba”.

However, Chavira knew a different Lopez, who wanted to create his own songs rather than be remembered simply by the ones he sang 50+ years ago. The duo met in 2015 in Indian Wells, and over a course of just a few years, produced a 3-CD set called A Trini Trilogy featuring 46 original songs written by the pair.

• READ NEXT: Learn how Trini Lopez and Joe Chavira Met.

“He was so happy to finally do original songs, because when he was with Frank, on Reprise Records, he was given songs to sing, all the popular ones he did,” says Chavira during his eulogy at Lopez’s funeral in Dallas, Texas where his extended family lives.

When he and I got together, we blew it up,” said Chavira, a singer and music producer who resides near Santa Barbara, California. “The papers would write, ‘Trini Lopez comes out of retirement, inspired by this guy named Joe Chavira.’ And then they would start calling us ‘the song writing dream team.’ He was just happy like there was no tomorrow.”

One of their last efforts was an autobiographical song, “Here I Am” which recounts Lopez’s upbringing in Dallas, and includes family photos. The music video shows them singing inside Lopez’s Las Palmas home in Palm Springs. 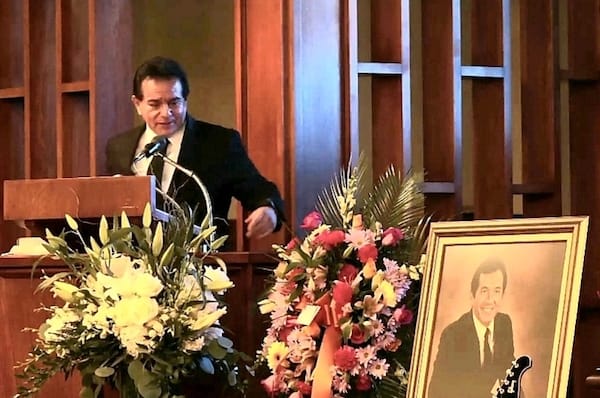 “I’m sitting there recording it. He starts at the very end, "I thank you all, Grandpa Trinidad," and his voice starts to crack and he started to cry in the recording,” Chavira says. “Trini said, ‘Mom and Dad, I'll see you in heaven soon.’ I just waited because that's what you do when you record.”

“I looked down,” Chavira adds. “He had some tears, and I said, ‘Do you want to redo that? ‘What do you mean?’ ‘I just push the button.’ ‘No, leave it alone, Joe. Just leave that alone. I want people to hear my feelings and my emotion.’ We left it.”

Chavira says Lopez was careful and trusting of very few people outside his family given his celebrity status. Chavira says they found common ground quickly, which made making music an extension of their bond.

“Trini would tell me, ‘I’ve been around the world many times. I know a lot of people, Joe, but I trust very few. You're one guy that I trust.’” Chavira says. “So I honored that, just the way I was raised. I'd go to Trini's house. Everybody knows there's valuable things in there. He would say, 'Hey, just stay in here.' I'd go in my room. I felt like I was in high school.”

They only had one misunderstanding that became a running gag between them. One time Joe came to Palm Springs to see Trini and as soon as he walked into his house, he knew there was something wrong.

“I looked at him and said,’What's up?’” Chavira says. “Trini says, ‘I got a bone to pick with you because you know how much I care for you.’ I say, ‘Yeah.’ ‘You didn't answer your phone,’ he said to me. I was like, ‘What?’ He says, "I called you all week," because he was excited when we woud get together. It was more than writing all these songs.”

Turns out the number Lopez had written down for Chavira contained the wrong area code. He was dialing 818 instead of 805. “We always laughed about it,” Chavira says. “There is a beer in California called 805, so I brought it over the next time I saw Trini. ‘Here, remember that, 805. I'm not 818.’” 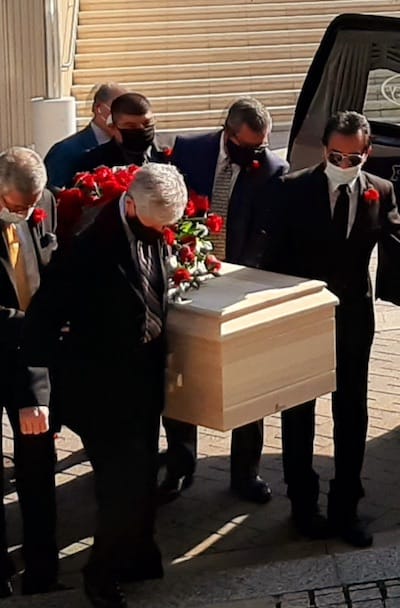 Joe Chavira (in front, at right) joins family members and others in carrying Trini Lopez's casket into Sparkman/Hillcrest Funeral Home in Dallas.

Chavira collected countless video of their work together with even more song recordings beyond the CD set. He is currently determining what will be the best avenues to share their music and pay tribute to Lopez.

“Trini would say. ‘I want them to know that I've worked till the end, not the '60s. I worked until the end,’” Chavira says. “The music we’ve made, it's a huge catalog that the world needs to know. It’s a legacy that echoes like, Trini used to say, Sinatra and Elvis. He told me, ‘I don't want to just pass some day.’”

To view the funeral of Trini Lopez in Dallas, visit dignitymemorial.com.