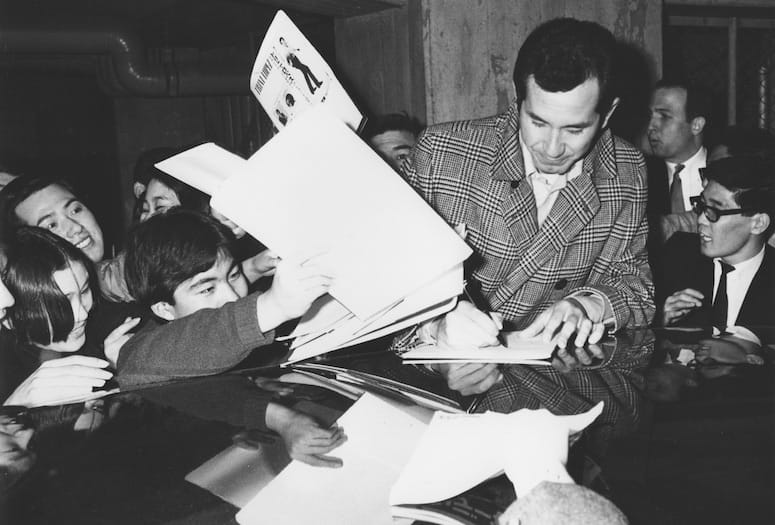 Editor's Note: My Name is Lopez has recently begun streaming on Apple TV and available on DVD through Amazon.

Many of those actors had served in the U.S. military during World War II.

Surrounded by this veteran cast was Trini Lopez, who played the role of Pedro Jimenez. While Lopez might have looked out of place, his successful music career actually made his face more recognizable than his acting peers. After signing with Frank Sinatra’s label, Reprise Records in 1963, his debut live album, Trini Lopez at PJ’s, sold more than 1 million copies and included the hit, “If I Had a Hammer,” which hit No. 1 in 36 countries.

“Jim Brown actually says, ‘Trini was more famous than all of us at that moment,’” recalls P. David Ebersole.

“He was a bigger star than Lee Marvin. He was an international star,” adds Todd Hughes.

• READ NEXT: Trini Lopez Hits the Concert Circuit at 80.

Ebersole and Hughes, the Palm Springs filmmakers who are in the midst of promoting their last documentary, House of Cardin, which screened to sold-out audiences at the Palm Springs International Film Festival, are back at it again shooting and editing a documentary on Lopez. There is a 10-minute segment on The Dirty Dozen because Lopez, a Palm Springs resident since the 1960s, never got a chance to finish the film.

“It was Trini’s moment where he maybe could have become a Hollywood actor,” Ebersole says. “And there's a sort of a thing that happens that removes him from being able to finish the movie.”

Exactly what? You’ll have to find out when the film, My Name is Lopez, comes out hopefully early in 2021. In the meantime, the filmmakers reveal to Palm Springs Life what they discovered about the 83-year-old Lopez during shooting. 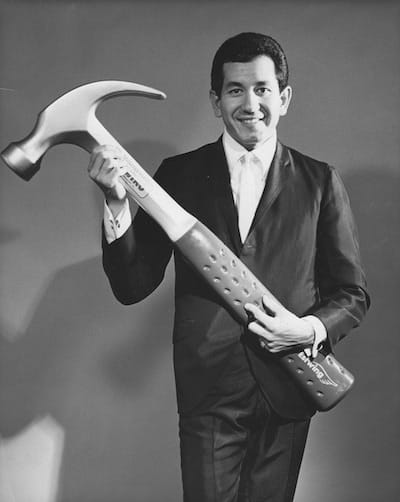 How did you this film come about?

Ebersole: We were at a party at Gary and Joan Gand’s house in Palm Springs, and sitting at a table with Trini and (then Palm Springs Mayor) Rob Moon. Trini was telling us this fabulous story about being in the Rat Pack, and Gary poked his head in and asked if we would like to do a documentary on Trini. So we were deep into just trying to finish House of Cardin at that point. And then we sort of just took advantage of moments, and did some great interviews with Trini. And we filmed the concert during Modernism Week where Alison Martino of Vintage Los Angeles came down and hosted at Oscar’s. Trini doesn’t perform much anymore, but he loves to play with the Gand Band. And so we've turned the film into a bit of a concert film/exploration of his career.

What is it about Trini’s story that will speak to audiences?

Hughes: His story is so important right now. He was born in Dallas, Texas as a full-fledged American - the son of illegal Mexican immigrants.

Ebersole: People don't really remember that Latinos were treated the same way by the Jim Crow laws. They had to sit in the back of the bus with the blacks. They weren't allowed to stay in hotel rooms.

Hughes: Or eat at restaurants.

Ebersolle: In fact, there was something going on back then (in the 1950s) that's very reminiscent to today called Operation Wetback. That actually was the name of it under (President Dwight) Eisenhower. So right as Trini was trying to get his career going in the mid-to-late 1950s, they deported over 2 million Mexicans. Whether or not they had legal status, they just picked them up, rounded them up, and stuck them on buses, planes, and sent them home. Trini triumphed over all of that, and had this incredible life, and became kind of an American icon in his own way. It's just a great story.

How did your experience shooting and editing the House of Cardin help you with this film?

Ebersole: The first cut of House of Cardin was three hours plus. And you know? It was a 70-year career of Pierre Cardin and sometimes just impossible. We had to let our editors have at it and just close our eyes and say, "Just bring us down to something close to 90 minutes, and then we'll deal with what we have to do from there.” 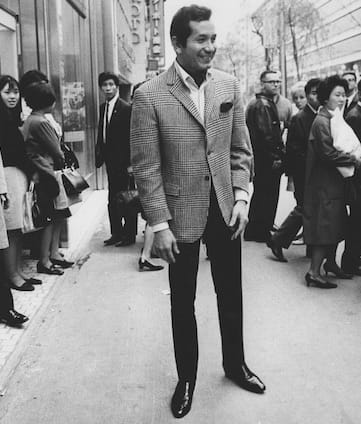 With Trini, we've been able to shape the story better from the beginning. And I think that experience with all of that archival footage really did make us understand what kind of stuff will, in the end, stay, and what will have to go. And the other thing that's interesting about this, Trini tells most of his own story here. With Cardin, he told most of his own story in archival.

When could audiences possibly see the film?

Normally, we would start to submit the film to film festivals, like Palm Springs, South by Southwest, and Sundance for next year, but right now we have no idea what film festivals will look like.

For anyone who was not able to see Trini perform or may not be aware of his music, will there be footage?

Ebersole: The music is great in the film. The clips are phenomenal. We have all this great archival footage of him. Especially back in the 1960s, singing on shows. We're actually looking at one on my computer right now. We’re cutting him in singing on The Dean Martin Show. 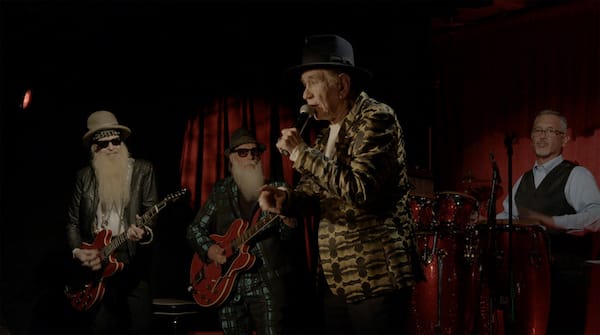 Trini Lopez performs with The Gand Band during Modernism Week in February.

Hughes: Before he met Frank Sinatra, Trini had a whole rock 'n’ roll career, which was really something. I hope we can revitalize that.

For more information on their films, visit ebersolehughes.com.