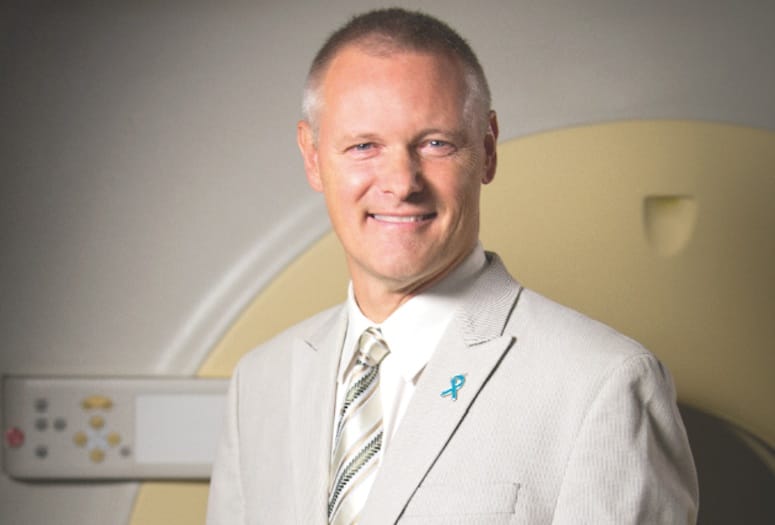 John Feller thought of himself as “kind of a geek,” he admits, into both technology and medical science as a child. Feller went to engineering school, graduated, and worked as a metallurgic engineer for a while. “But I really missed direct interaction with people,” he says. “So I headed off to medical school.”

Today he’s medical director at Desert Medical Imaging, an outpatient center with three Coachella Valley locations. In many ways, Feller says, radiology is the perfect fit for him — a medical practice with a mixture of “a lot of high-technology equipment and physics.”

Being independent and doctor-owned helps his operation stand out, he says, letting him and his partners “really focus on patient care.” So does its subspecialist approach: Each physician has a particular expertise. Feller’s specialty is orthopedic and prostate imaging; his colleagues include a neuroradiologist who images the brain and spine, a cancer imaging specialist, and an expert in biopsy and other interventional procedures.

They all share a techie innovation streak. Apart from PET and CAT scanners, MRI, and ultrasound, Feller says, “we’ve been involved in developing other hardware and software solutions for imaging during the past 16 years.” Recent projects include an early detection method for prostate cancer; an MRI-guided diagnostic method requiring fewer biopsies; and clinical trials on an MRI-guided prostate laser treatment and stem cell injections for arthritis.

Feller has branched out cross-culturally too, as radiology director for an outpatient clinic that opened three years ago in Shanghai. “The idea was to help bring Western-style practices and standard of care to China,” he says. The images are transmitted over a virtual private network to his California office, “and we read them each day in support of that program.”

Expanding patient horizons is another goal: “I think one of the important things for patients to know is that they have choices,” he says. Hospital-based radiology services are not the only option, and self-referring clients are recognizing that physician-owned practices can offer comparable value and care.

When he’s not working, Feller is all about “skiing, hiking, and mountaineering,” he admits. “I’m basically an outdoor freak, because the rest of the time I’m in a dark room, reading images or doing procedures. It’s mostly an indoor profession.”