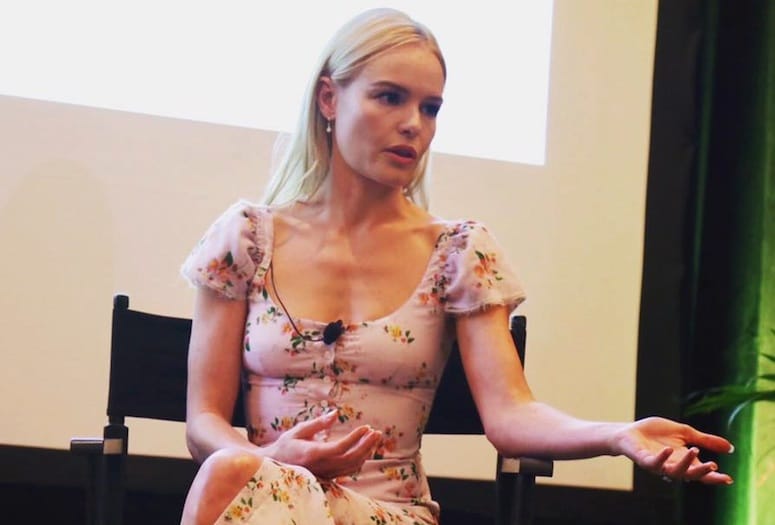 Kate Bosworth is interviewed as part of a panel event at the Palm Springs International ShortFest held June 23 at the Riviera Palm Springs.
PHOTOS COURTESY OF PALM SPRINGS INTERNATIONAL SHORTFEST ON FACEBOOK

Kate Bosworth auditioned at an open casting call for her first movie at just 14 years old. She felt awkward and nervous because she had never read lines before.

She didn’t have an 8 x 10 headshot, so she brought in the annual family Christmas photo instead. Bosworth believed she was a good match for the movie, which called for a talented horse equestrian, and yet she couldn’t wait for the experience to be over.

But she got a callback and wound up making her acting debut in The Horse Whisperer in 1998. However, that experience stayed with Bosworth as her career unfolded, leaving her wondering whether a film career was where she belonged.

“I think the nature in which I entered this industry only hindered me that I always felt apologetic for it,” Bosworth told an audience of student filmmakers at the recent Palm Springs International ShortFest, where she was a member of the juror panel judging the short film entries.

“I always felt like, it was accidental that I’m here and like someday people are going to figure out that I shouldn’t be here. I felt that way for many, many years…but I wish I had done more is ask more questions, sought more mentors, ask for more guidance and advice. I wish I hadn’t been so reserved and shy…and this is why I am actually quite passionate about mentoring young artists, is that is it so important to seek guidance from people who have come before you. So many things, you only learn through experience.” 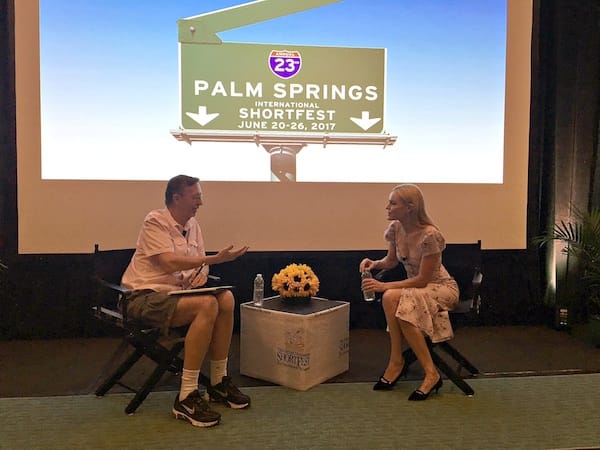 Bosworth has made a point to make time to mentor others at events like ShortFest. She reviewed approximately 10.5 hours of film as part of her judging, saying she was “deeply impressed” by what she viewed.

As for passing on advice, Bosworth has obviously used the experience from that very first casting call to steer her decisions, trusting her instincts and letting her insecurities work in a positive way to find the right project for her.

“It’s interesting. I often get asked, ‘did you have a strategy or plan for your career?’ and I really didn’t,” she said. “I’m the type of person that, if I’m in my comfort zone too long, I don’t like being too comfortable. I don’t like complacency. I really love being uncomfortable and push outside the comfort zone.”

Bosworth marks 20 years in the entertainment industry this year. She will be seen next in the National Geographic series, The Long Road Home, about the war in Iraq.

“[National Geographic] started to catch my attention in terms of the type of content they were creating, and also just the way they were configuring their channel,” she said.

But Bosworth’s desire to see the bigger picture has her spending more time as a producer working alongside husband/director Michael Polish. Together, they have formed the production banner, Make Pictures. Their most recent project, NONA, is a film that puts a face on Central America’s sex trafficking industry. The touchy subject matter strikes at the heart of the type of projects they hope to collaborate on.

Nona wasn’t financed. The couple footed the bill, but Bosworth believes money isn’t the most important aspect of movie making. It’s a balance of story, character, and visual.

“When you see something, where it’s a point of view, and it has perspective and it has strength in the actual canvas, it stops you,” she said.