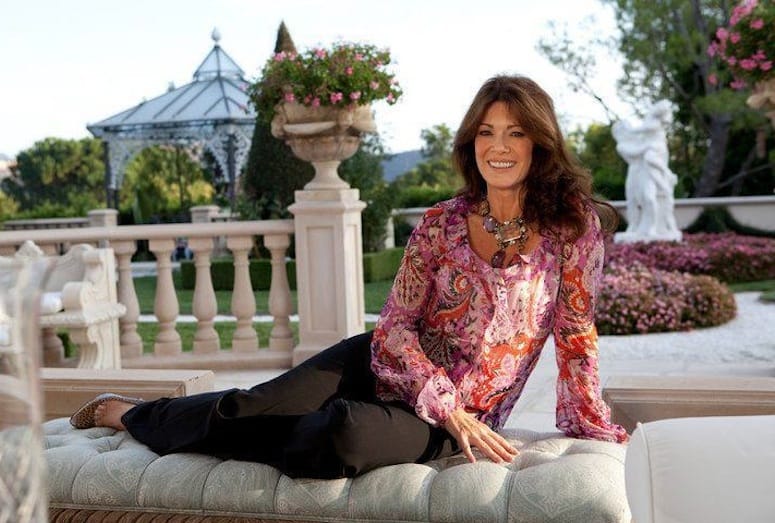 Lisa Vanderpump, who was in Palm Springs last summer to receive a spot on the Walk of Stars, will return Dec. 6 as Celebrity Grand Marshal in the 23rd annual Palm Springs Festival of Lights parade.
Photo courtesy of Lisa Vanderpump on Facebook

Some of her Coachella Valley favorites include:

Her connections to the Greater Palm Springs area don’t end there. Last summer she was added to the Palm Springs Walk of Stars, and Dec. 6 she will preside as Celebrity Grand Marshal for the 23rd annual Palm Springs Festival of Lights Parade down Palm Canyon Drive.

Set to kick-off at 5:45 p.m., the parade is expected to attract more than 100,000 spectators, who will line the streets to witness a magical evening of twinkling lights, marching bands, floats, and balloons. Vanderpump’s loveable Pomeranian pooch, Giggy, will also accompany her in the parade. Lisa Vanderpump (with her husband Ken Todd) was in Palm Springs in late July to receive her spot on the Walk of Stars while her dog, Giggy, received an honorary star.

Vanderpump has developed quite a local following as a steadfast advocate for the LGBT Community and a spokesperson for GLAAD (Gay & Lesbian Alliance Against Defamation). She was named Queen of the White Party Palm Springs and received an ICON Award from event producer Jeffrey Sanker, and she fundraises locally for charities such as Desert AIDS Project.

“Palm Springs is so welcoming and wonderful,” Vanderpump says. “I just love the fact that the city embraces the LGBT community.”

Known for her glamorous yet down to earth style and her seemingly effortless ability to keep her cool, Vanderpump often deals with stressful or awkward situations on her TV shows. However, she always manages to remain above it all.

“Oh gosh, sometimes it does get a bit crazy but I’m used to being surrounded by crazy,” Vanderpump says. “I try to keep my head together. I try to be fair and reasonable with a sense of humor.”