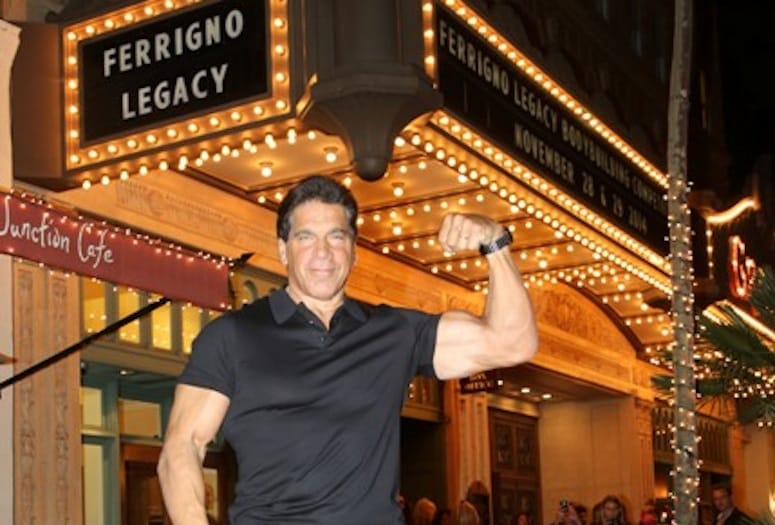 Lou Ferrigno maintains that he is very active and still works out.
Photos courtesy of Lou Ferrigno

The actor and famed body builder who originated the superhero character “The Incredible Hulk” for television, is putting this same concept to practice in real life by sharing his passion to inspire and improve lives through health and fitness.

Ferrigno first gained public recognition as a champion bodybuilder with an incredible physique, winning both “Mr. Universe” and “Mr. America” titles. He went on to play the legendary “Hulk” and has since starred in numerous television and film roles, including Sinbad of the Seven Seas, Hercules, The Avengers and Pumping Iron, the film that shined a spotlight on the bodybuilding culture. • First sworn in as a reserve sheriff deputy in Los Angeles County, he is currently a peace officer with the San Luis Obispo County sheriff’s office.

• He and his family have established Ferrigno FIT – a community focused on positive habits, lifestyles, and ideas. In his bodybuilding days, Lou Ferrigno won both winning both “Mr. Universe” and “Mr. America” titles.

While he says he doesn’t compete anymore, Ferrigno, 64, maintains that he is very active and still works out, giving advice about getting in shape.

“It’s about consistency,” he says. “It doesn’t matter how old you are. It’s masterminding your personal power, connecting with the mind and body, and being passionate about your body and fitness.”

Ferrigno, along with his son, Lou Ferrigno, Jr. and promoter Chris Minnes, plan to pump up the Coachella Valley by hosting the Second Annual Ferrigno Legacy™ Bodybuilding Fitness Weekend, Nov. 20-22, at the Agua Caliente Casino Resort Spa in Rancho Mirage. More than 400 athletes from around the world are expected to compete for trophies and cash prizes before an anticipated 2,000 spectators.

“It’s a fun competition,” Ferrigno says. “There is a lot to do with fitness not just bodybuilding. It’s great entertainment. I hope desert fans will have a great time, enjoy the competition and get motivated to get into great shape.”