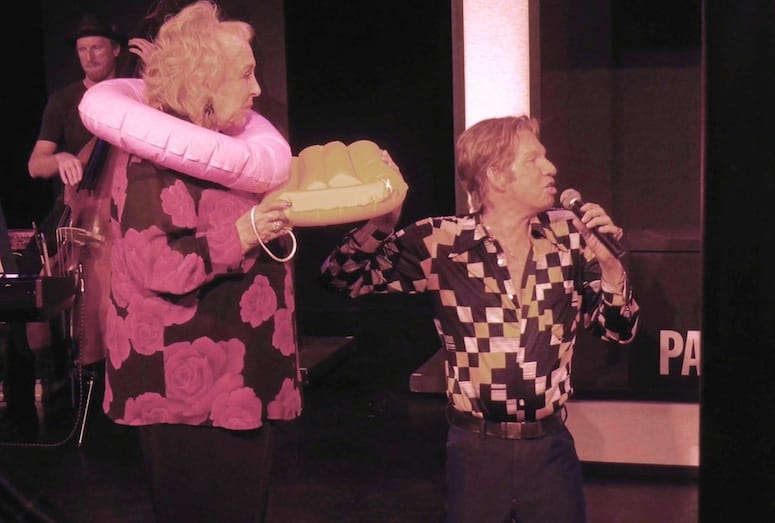 Prior to his performance, Michael Airington dons a wig, puts on makeup, and dresses in a 1970s type of leisure wear costume.

He lights a special candle, murmuring the words, “Paul, come on down.  It’s your show. You need to live again.”

The show comes to The Purple Room and Stage in Palm Spring for two nights, Oct. 17-18, featuring the voice of Peter Marshall, who is best known for the 15 years he hosted Hollywood Squares. “(Lynde’s) fan base was phenomenal (on the show),” Marshall says. “He got more fan mail than me, and women just loved him.”

In his hilarious one-man show, Airington has captured the persona of one of the most beloved comedians and actors of the 20th Century.

Airington was inspired to pursue his passion to produce a Paul Lynde tribute while watching Frank Gorshin’s, “Goodnight, Gracie”. However, creating the script became a challenge.

“I almost gave up on the script when I saw a box auctioned on eBay that said, Paul Lynde Show Box with music,’” Airington says. “I got in a bidding war and won. It was Paul’s 1976 touring box and had his script from Bye Bye Birdie, musical arrangements, and notes. It was serendipity.”

Going on to further receive the rights, in perpetuity, from Lynde’s family, Airington finished the script depicting a humorous and historical view of Lynde’s “complicated” life.

Though he takes creative license, he says, “The weirdest part is bringing someone to life that was a good friend or family member of someone. You want to respect that person because you know that these people were close.” In researching the show, he received advice and stories from many of Lynde’s friends including Cloris Leachman, Andy Williams, Neil Simon, and Kaye Ballard. However, it was Marshall that gave Airington a bit of an edge.

Throughout the show, Marshall’s voice can be heard and asking Airington’s Lynde questions a la Hollywood Squares style.

“Michael is a darling guy, so sweet and talented, and so into this,” Marshall says. “He brought me the concept and he just adores Paul Lynde. Michael was one of those fans that captured him and I was intrigued. I helped him with the show, gave him lots of questions and jokes. It’s a wonderful act, quite funny.”