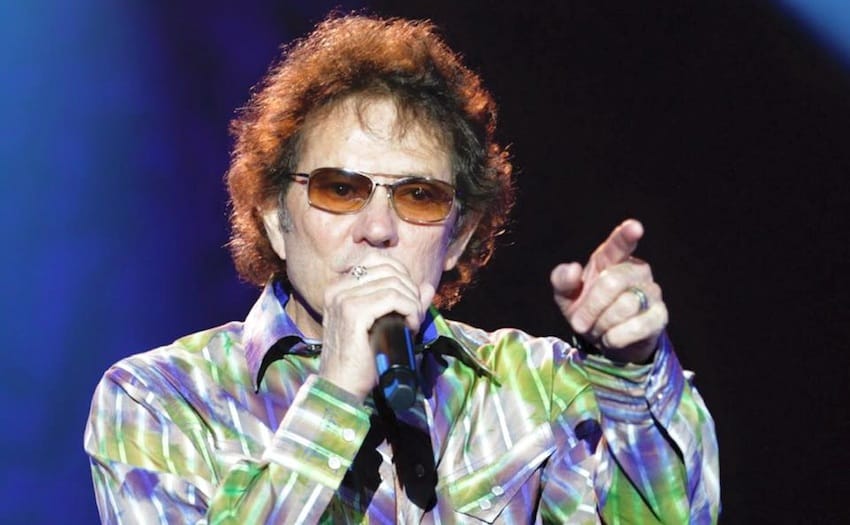 The former lead vocalist for Jefferson Starship, and front-man for Starship, has done more than just remain relevant for the better part of 40 years. Thomas is finding a whole new audience thanks to films such as Rock of Ages, Guardians of the Galaxy, Skeleton Twins and the late TV series Glee that have reintroduced Starship hits from the 1970s and ‘80s, such as: Before he rings in 2016, the Palm Desert resident will headline the 2016 New Year’s Eve Countdown and Outdoor Block Party hosted by Spa Resort Casino. The Dec. 31 event features food from local restaurants, merchandising vendors, kids activities, and a multi-media countdown that is free to the public. Limited tickets are available for purchase to attend a special performance by Starship featuring Thomas at 10:30 p.m.

Palm Springs Life.com caught up with Thomas, who has lived in Palm Desert for more than 10 years.

How does it feel to have your classic rock songs introduced to an entirely new generation?
“Well I feel fortunate. First of all, I’m so lucky to have songs that were that big in the first place. “Fooled Around and Fell in Love” (which was featured in the film) Guardian’s of the Galaxy is a song I recorded 40 years ago. I have a handful of songs I consider my jewels…nuggets that have transcended generations. It also says something for the songs.  Thematically, they are kind of universal themes. Hits a lot of people can relate to.” Where do think the direction of rock is going?
“It’s going in many directions at once. There is a place for all of it. There’s a place for pop…the American Idol’s of the world…hip-hop. For my own personal case, I gravitate to new bands and bands that are still making music that appeals to me the most. They deal with themes and concepts that are timeless. I like “TV on the Radio” and ‘new’, 20-year old, bands like Radiohead.”

What will you sing for the Street Bash at the Spa Resort Casino?
“Performing everything that I’ve had a hand in creating with Jefferson Starship and Starship. We will do a musical tribute to the history of Airplane and Starship…from White Rabbit to Layin’ It On the Line and Don’t You Want Somebody to Love.  Of course, Fooled Around and Fell in Love (one of my favorite songs to sing). We’ll even sing some of our new music and some Auld Lang Syne for New Year’s.”

Starship is on tour now. What does it mean to perform and celebrate here where you live?
“It’s great. Though there is a double-edged sword performing at home. It’s nice because you get to go home and sleep in your own bed, but there is also pressure with hometown gigs. I have a tendency to get out and meet people. I like to meet people. I like to do my own shopping…go to the bank, the grocery store. Everyone kind of knows me. Performing for local friends, family…it’s a lot of pressure.”