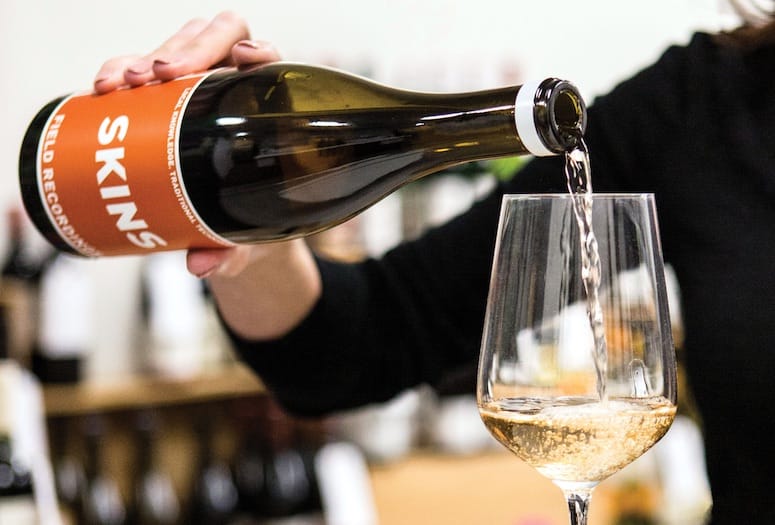 If your initial response to the orange wine trend is, How have I never heard of orange wine?, you’re not alone. If your next thought is, Actually, that sounds awful, that’s understandable, too. But once you have a little info about this attractive offering, you’ll be seeking it out in no time. Read first. Drink second.

Orange wine is probably not what you’re imagining. “The name is almost to its detriment because it’s a misnomer,” says Katie Finn, a sommelier and wine buyer at Desert Wine Shop in Palm Desert. “People assume it’s made with oranges or it’s a sparkling wine–mimosa thing. I like to call it ‘skin-contact’ white because I feel like it’s a much more direct explanation of what it is.”

Here’s the deal: The juice from red and white wine grapes is naturally clear and colorless. What usually gives red wine its deep, dark hue is skin contact, because red grapes are fermented with the skins on. During the standard white winemaking process, skins are removed before fermentation, making the final product paler. Orange wine, meanwhile, is made with white grapes — which could be anything from pinot gris to a roussanne-marsanne blend to more obscure varietals — that are fermented with their skins still on (thus the “skin-contact” term).

The pigment from the skins infuses the wine with an orange color that makes the final product’s hue range from amber to auburn to a vibrant shade best described as Dorito. “It’s basically white wine’s version of rosé,” Finn explains. “Rosé is red wine where the skins have been taken off after only a few hours or sometimes even minutes. It’s the same concept with orange wine. You’re using the skins to add color and texture to the juice.”

Who Did It First?

While orange wines are slowly working their way onto more restaurant lists and wine shop shelves, they’re actually nothing new. Vintners in the country of Georgia (the former Soviet republic and ancient winemaking region that’s  having a wine moment right now, but that’s a story for another time) have been making them for thousands of years, and plenty of European regions also have a history with the process.

Many credit Josko Gravner, a winemaker from the Friuli region of Northeast Italy, with orange wine’s revival. “Gravner is a benchmark producer of orange wine. He pioneered the technique in the 1990s and early 2000s,” says Joanie Karapetian, a salesperson for Rosenthal Wine Merchant, an importer and distributor of European wines. “A lot of people are making orange wines — skin-contact white wines — right now, but for a lot of time it was only Gravner kind of experimenting.”

Why Is It Trending Now?

“It all circles back to the natural wine movement,” Finn says. “In California, there’s been a renaissance with winemakers to abandon the idea that they need to manipulate every aspect from start to finish.”

Though there’s no official definition of natural wine, it typically means minimal intervention, which, Karapetian explains, is what many traditional European winemakers have been doing all along. The white wines most familiar to Americans get their relatively clear, colorless appearance from an oxygen-free environment; winemakers might add something like nitrogen or carbon dioxide to the tanks to keep oxygen at bay during fermentation. 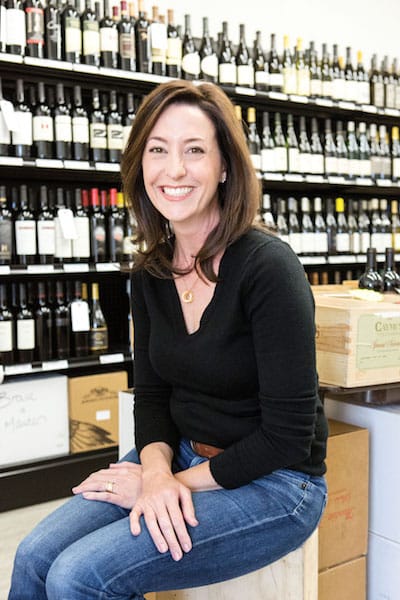 “It’s a process to get the wine to be clear. It’s much more reasonable to expect that your white wine will be kind of a darker shade of yellow to orange if you’re not adding any preservatives,” she says, noting that some skin-contact whites might also have a cloudy appearance. “So a lot of these wineries, especially in places like Georgia or Northeast Italy, where you see this practice historically, won’t tell you they make orange wine. They’ll just tell you they make wine.”

How Do You Drink It?

Almost any white grape can produce orange wines, so flavor profiles vary by varietal. “The key thing to think about is texture; that comes from that skin contact,” Finn says. “It gives the wine a little bit of grip and weight. Orange wines have a little more dimension to them.” And their more prominent tannins — usually associated with reds — can surprise drinkers. “Since it’s a white wine, you’ll see higher levels of acidity, but you’ve got the structure from the tannins of the skin contact, so you’ve got the benefits of both the red and the white,” Karapetian explains. “They’re really versatile food wines for that reason.” And, as with a white wine, you’ll want to drink them chilled, but not so cold that the temperature masks certain notes and aromas.

Where Can I Find It?

Distinguishing an orange wine from traditional whites on a list can be tough. While some wine bars and restaurants in larger cities carry enough to warrant a full-on orange section, most don’t and instead integrate them into the white category. That means you’ll probably need to ask for help when seeking one out. (At Desert Wine Shop, Finn places the orange wines alongside rosés.) Christine Soto, owner of Palm Springs’ Dead or Alive wine bar, has rotated multiple orange wines through her menu over the last few years, most recently offering a skin-contact pinot gris from California. “Visitors somewhat regularly ask for orange wines or something ‘funky.’ Overall, people like orange wines even if that’s not necessarily what they’re looking for,” she says. “But it’s important that we explain how they’re made so they have some context.”

While orange wine won’t be outselling your favorite pinot noir any time soon, the category will most likely continue to expand to keep up with the influx of attention. “People are curious,” Karapetian says. “It’s something new, and it’s really interesting.”

Finn concurs. “Nobody’s reinventing the wheel, but people are saying, ‘These natural wines are really great,’ and orange wine is part of that. It’s avant-garde. It’s different. It’s like everything old is new again.”

The Paso Robles winery’s white blend is made from 40 percent chenin blanc, 25 percent pinot gris, 25 percent riesling, and 10 percent verdelho and has a pale orange hue with notes of melon, apricot, and citrus.

Where to find it: Desert Wine Shop,
Palm Desert

This San Diego–based winery, which sources fruit from all over the state, produced fewer than 200 cases of this vibrant, unfined, and unfiltered skin-contact white.

Where to find it:Dead or Alive,
Palm Springs

The grapes were cold-soaked with skin on for 30 hours and then aged in stainless steel tanks, giving the 100 percent gewürztraminer a light, peachy hue. Expect notes of pear, peach, and lime sorbet.

Where to find it: Whole Foods Market, Palm Desert 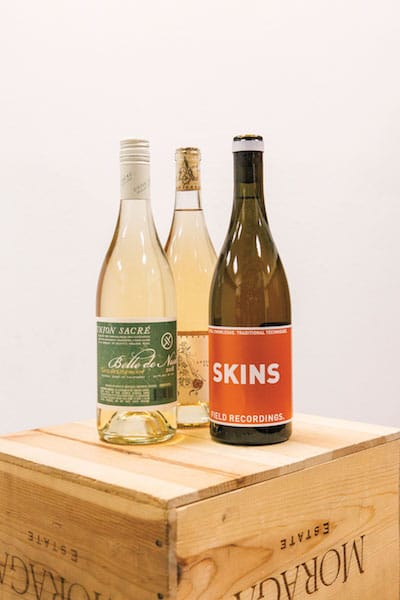 Considered a ramato (which translates to “auburn” in Italian and is usually made from pinot grigio grapes), the color falls somewhere between orange and pink with dried fruit and spice on the palate and tropical fruit and herbal aromas on the nose.

Where to find it: The Pink Cabana,
Indian Wells