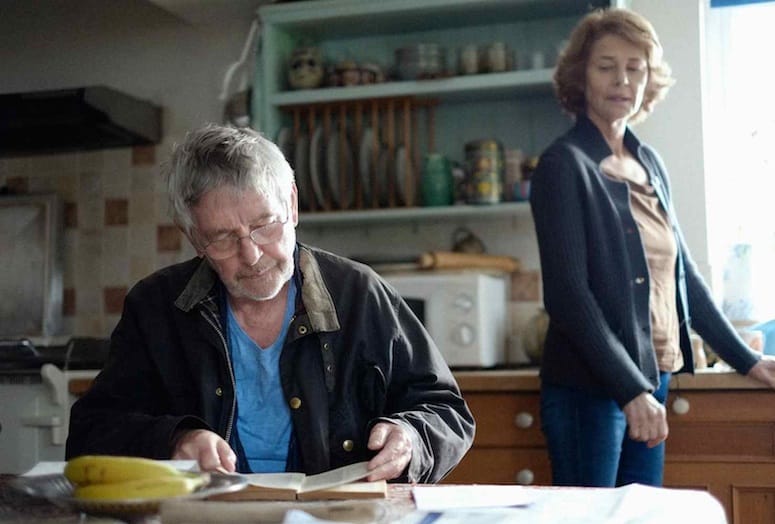 Charlotte Rampling's name was read during Oscar nominations for Best Actress on Jan. 14, joining the likes of Cate Blanchett (Carol), Brie Larson (Room), Jennifer Lawrence (Joy), and Saoirse Ronan (Brooklyn). Blanchett, Larson, and Ronan were just in Palm Springs to be honored at the film festival's Awards Gala on Jan. 2.

In 45 Years, writer and director Andrew Haigh explores the delicate balance between human curiosity, subjects unknown, and the impact of conversations left unsaid between a married couple on the cusp of celebrating their 45th wedding anniversary.

“I wanted to raise questions rather than have answers,” Haigh says. “To present how complicated life is. How complicated it is to have a relationship. To reflect on how much you truly know someone, even someone you’ve spent most of your life with.”

Delving into the inner-workings of a mature relationship, Haigh explains he wrote the screenplay for 45 Years (based upon the short story In Another Country by David Constantine) because “I was inspired by the central idea of the story. This body being found…the past love being discovered, and how it can affect the present relationship as well as how it can start to unravel certain things or understandings that threaten to destroy a seemingly successful relationship.”

Rampling and Tom Cortenay give poignant and introspective portrayals of Haigh’s characters, Kate and Geoff Mercer, as they struggle to come to terms with a monumental revelation dwarfed by silence and speculation. At 69, Charlotte Rampling has earned her first Oscar nomination for her role as Kate Mercer.

Rampling’s Oscar nod is part of a growing list of accolades, nominations, and awards for the film, including:

Haigh is thrilled with the recognition the film continues to receive and says, “It was a really fascinating experience for me, and working with Charlotte and Tom was great. It’s wonderful to work with actors with so much experience…a bit of a dream come true. It’s a small British film, and to get this kind of attention is incredible.”