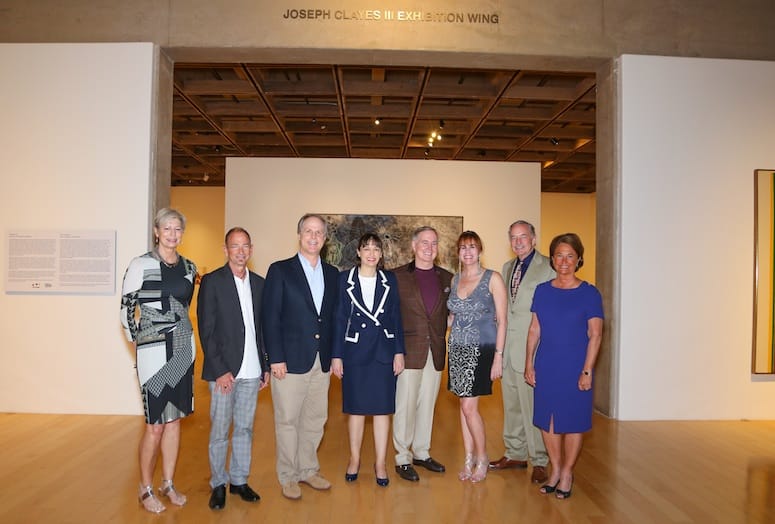 The Palm Springs Art Museum, one of the Coachella Valley’s most prestigious cultural institutions, recently unveiled The Joseph Clayes III Exhibition Wing, formerly known as the McCallum Wing, on March 27.

The renaming of the wing was made possible by a $1 million donation from the Joseph Clayes III Charitable Trust. The evening’s dedication also marked the inaugural exhibition in the wing, Twentieth Century Modern Artworks from the Permanent Collection.

Joseph Clayes, who died, in 2007, was a financial and real estate investor as well as an avocado rancher who loved the arts. He enjoyed his stays at his desert home and was a huge fan of the Palm Springs Art Museum.

According to his niece, Trulette Clayes, a board member of the Clayes Trust, he would have been honored to have his name on the museum’s exhibition wing.

"He was so fond of Palm Springs and the museum, and he particularly enjoyed music and attending many concerts, recitals and performances of all kinds throughout the state, including those at the Annenberg Theater,” Trulette Clayes says. “He is greatly missed, and it is personally touching that the museum has honored him in this fashion.”

Twentieth Century Modern Artworks from the Permanent Collection is co-sponsored by National Endowment for the Arts with a grant matched by museum donors. The installation provides visitors an introduction to the finest representations of modernist aesthetics. It also presents a larger cultural context to assess the region's well-known history of midcentury architecture and design.

Housed in the newly minted Joseph Clayes III wing, the museum’s second largest exhibition hall, the exhibit showcases remarkable works by Chagall, Rufy, Picasso, Frankenthaler, Modigliani, de Kooning, Calder, Tamayo, and numerous others that have been acquired by the museum over the years through the generosity of museum patrons, donors, and members.

Guests are invited to tour the exhibit. Visit www.psmuseum.org for further information.