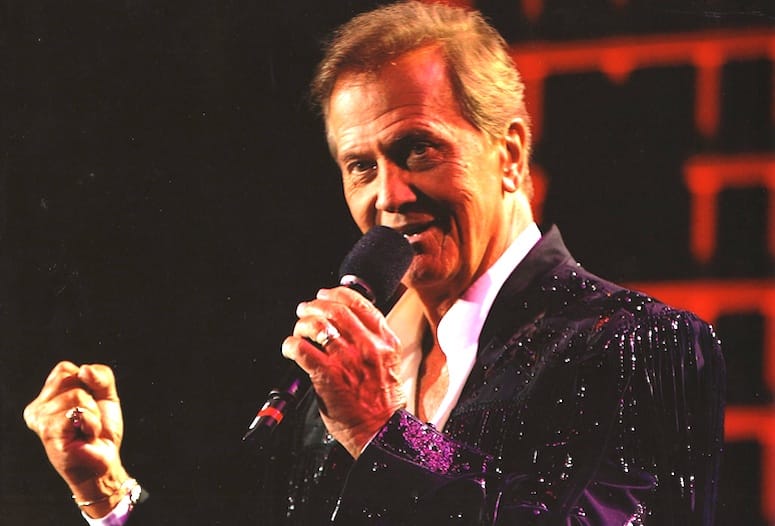 While 2016 marks what would have been Frank Sinatra's 100th year, fellow crooner Pat Boone says there is no mistaking Ol' Blue Eyes' continued presence at the annual Frank Sinatra Celebrity Invitational golf tournament.

“They (Barbara Sinatra and the event producers) make it seem that Frank is there," says Boone, who was one of the 1950s' most prolific recording artists behind only Elvis Presley. “His music plays continuously…in the clubhouse, the hotel, on the course," Boone adds. “Hearing Frank and that matchless voice…it seems like he’s going to walk around the corner, be golfing on the course…or be sitting with his wife at the table. They make it seem like you are having another visit with the man, himself, and the woman he loves…and of course, the cause that Barbara has devoted herself to.”

The tournament, set for Feb. 18-20 in Indio, began in 1988 by Barbara and Frank Sinatra as a fundraiser for the Barbara Sinatra Children's Center at Eisenhower Medical Center in Rancho Mirage. Celebrity star power has always been the its driving force, comingtogether year after year to celebrate in charitable revelry.

The 81-year-old Boone has been charming auidences with smooth vocals and soft ballads for more than 60 years. He has crafted a longstanding career in the entertainment industry by adding author, television personality, radio host, and motivational speaker to his credits. Boone can count on one hand the number of times he has missed the tournament.

“I hate to miss the “Sinatra” (as it is fondly coined)," Boone says. "Barbara and everyone involved do a wonderful job. We loved Frank and are doing something fun to help kids.” Over 28 years, the tournament has raise more than $9 million dollars to the center, which counsels victims of physical, sexual and emotional abuse, in addition to prevention, community education and eliminating abuse.

Beyond the golf aspect of the weekend, there are evening parties, a live auction, and a fashion show. Actor Joe Mantegna (Criminal Minds) will co-host this year's with Barbara Sinatra.

Boone is looking forward to bettering his game, saying,  “I think I’m playing better and will be a good teammate.” 2016 has been a celebration of what would have been Frank Sinatra's 100th birthday.